Gray was still excited the next morning. “I just can’t believe they’re here! The Alien family! Thrintun and Charlie and their kids! It’s just too cool for words!” 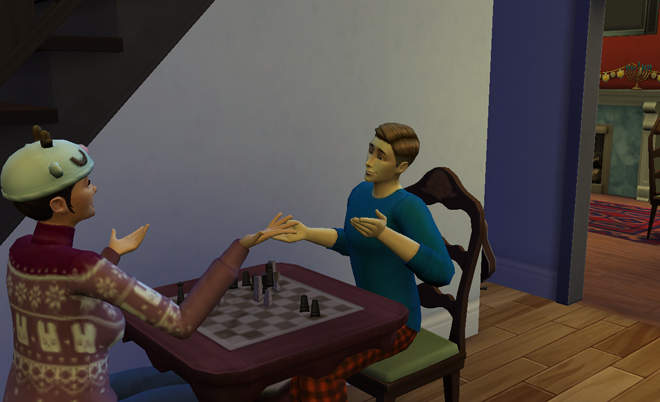 “It’s just that I’ve wanted to meet them for so long!”

“Yeah, it’s pretty cool! I’m just relieved that nobody got hurt in that fire last night.”

“You know, it’s the last day of Plum Day. We gotta do something special!” Gray said. “In honor of Thrintun, let’s all wear green!” 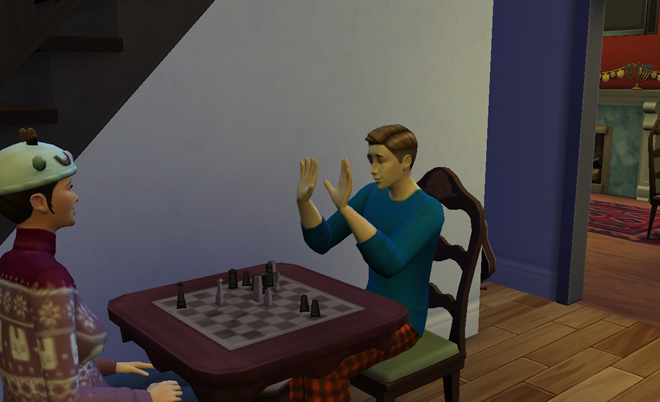 “Picture this: We all wear green!”

“If it’s a beginning,” said Tani, “then we can wear pink, too! Like plum blossoms!” 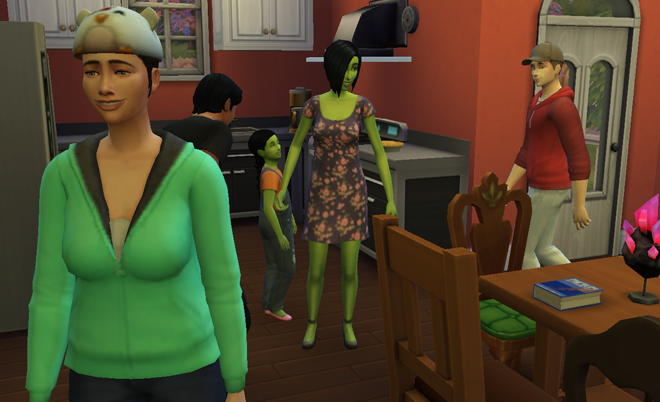 So we all wore green or pink, in honor of Thrintun, new beginnings, and  spring blossoms!

We invited everybody over for card games and apple pie. I used apples from the garden. These aren’t just any apples–they fetch 100 simoleans a piece! 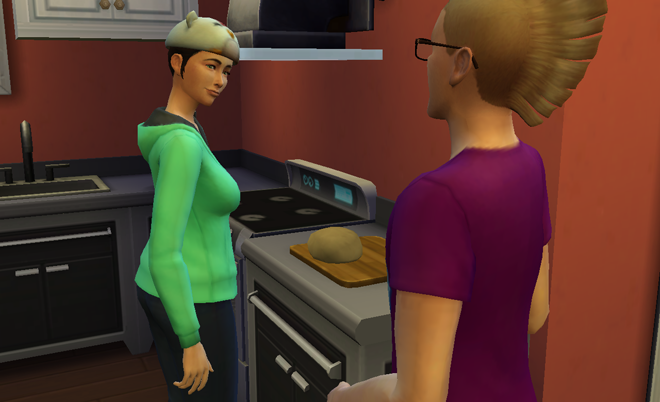 Look who tagged along with the Aliens!

Young Horta seemed to be a little overexcited with traveling and everything. She started making fun of us hippies to her mom, and her mom got really upset with her. 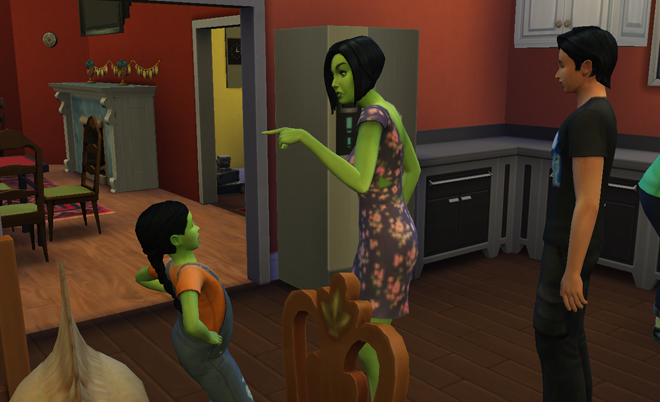 “Horta! Don’t you ever make fun of your hosts like that! Or of anybody for that matter!”

And then, once she’d finished the scolding, Thrintun immediately hugged and reassured her daughter. I didn’t grow up with a mom, just with Uncle Jacob who never once raised his voice to me and basically let me do anything or be any way I wanted. It was interesting to see a mom-daughter interaction. “Horta, always remember that you’re a legacy child. It’s up to you to be the best you can be always.”

Charlie and Tholian had taken a father-son day at the park, so they didn’t come. But I enjoyed the chance to get to know Vulcan and Horta better. Horta kept me entertained by telling llama jokes. Gray was so funny. He’d told me earlier that he had so many questions he’d wanted to ask Thrintun, but when they were together, he just sat there tongue-tied. 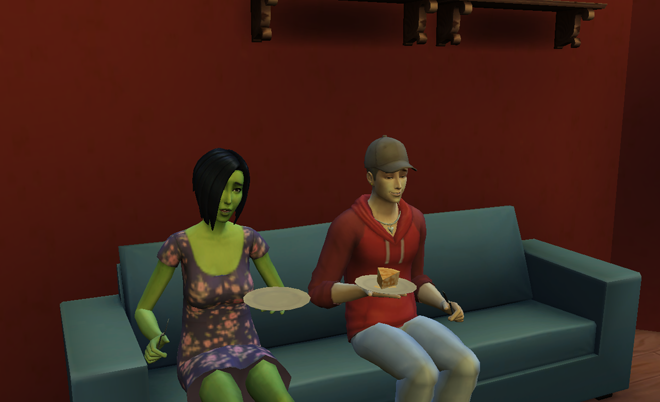 “It’s not as hard being a second-generation half-alien as it was for my dad to be the first generation, full alien.” “See, I’ve taken over with the second generation. That’s why the voice changes…”

Elder, Vulcan, and I played cards. Or rather, I tried to. It was hard to concentrate on my hand with that smile across the table from me.

“Ok.. let’s see. Two threes… no, three twos… no, one smile… do your eyes always sparkle like that?”

And then, before I knew it, the sun was setting and people were leaving. “This was great. We really gotta run. I’ve gotta update our blog real soon. Thanks again!” 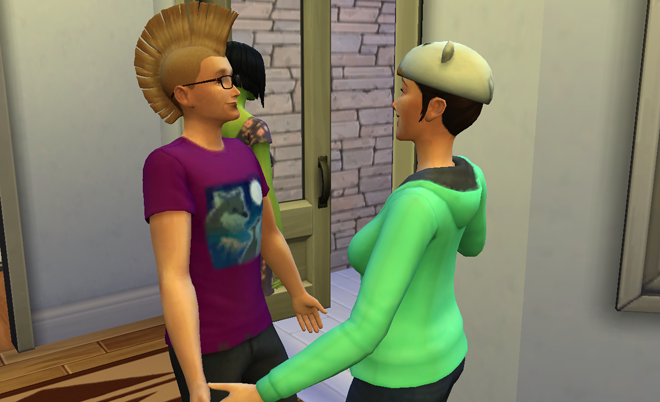 “Here!” he said, after we hugged. “I’ve got the perfect idea! To help us remember this always.” He whipped out his phone to take a photo. “Come on! A photo to help us remember!”

And then he did something magical. With a sleight of hand, his cell phone disappeared, and he held his fingers up to frame us. “We’ll remember it better this way!”

“See,” he said. “This way, we’ll remember forever. We’ve got it stored inside of us, so it will never be erased.” We looked at the imaginary photo that locked us forever in each other’s memory. “Now, anytime we want to remember each other, we just whip out this photo!”

Everybody was leaving. Plum Day was over. 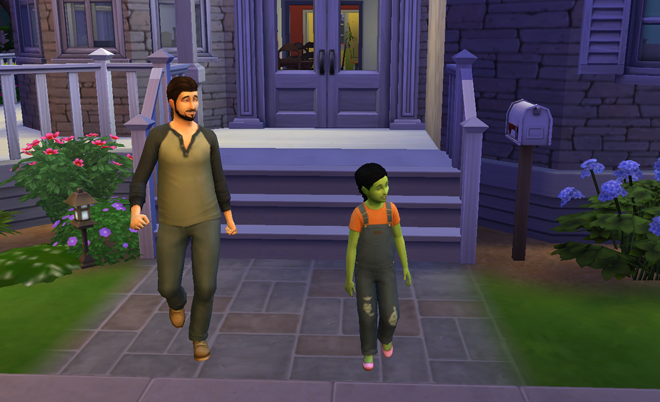 “So, half-pint! I really enjoyed meeting you!”

We just stood there in the hallway. Neither of us knew what to say.

He leaned over to tell me a secret. 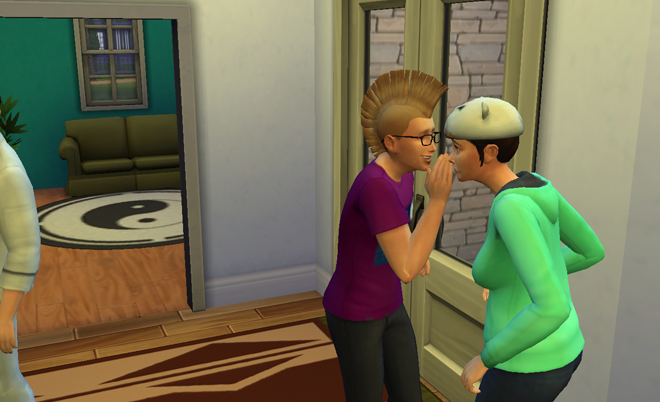 I told him he could stay awhile. His flight didn’t leave until the morning. We had an extra couch if he got tired. I couldn’t keep my eyes open anymore. But Emma said he was still there when she got home from work. 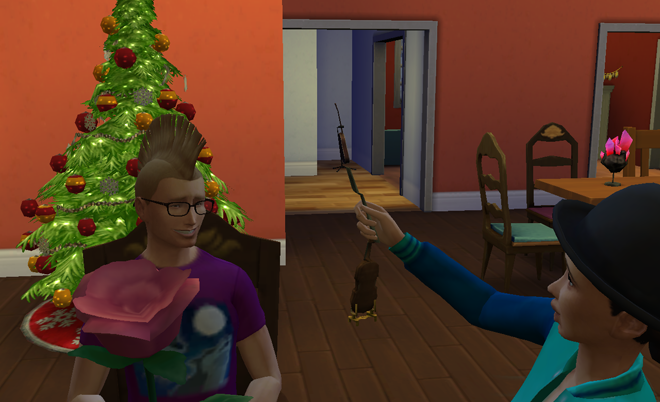 “Zoom! You should try this pie!”

She said he asked her about woo-hoo! That makes three of us that he’s asked about this. At least Emma knows something about it, for her mom and dad were head-over-heels in love. 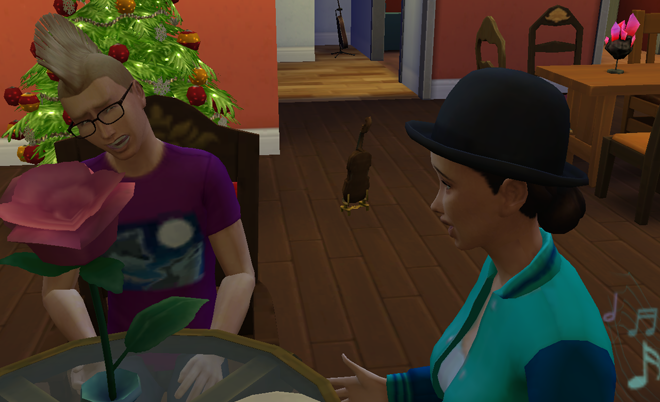 “You know, maybe you should ask your dad?”

She said she gave him just enough info to keep him interested. 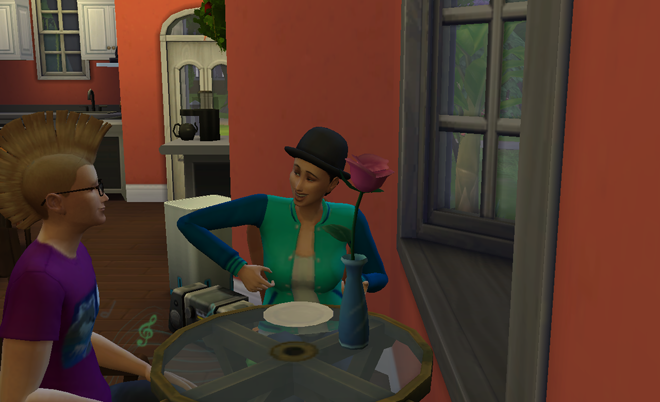 He was still there after Emma went to bed. 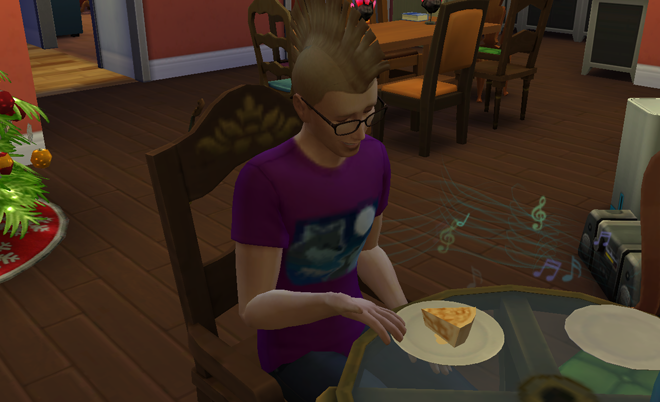 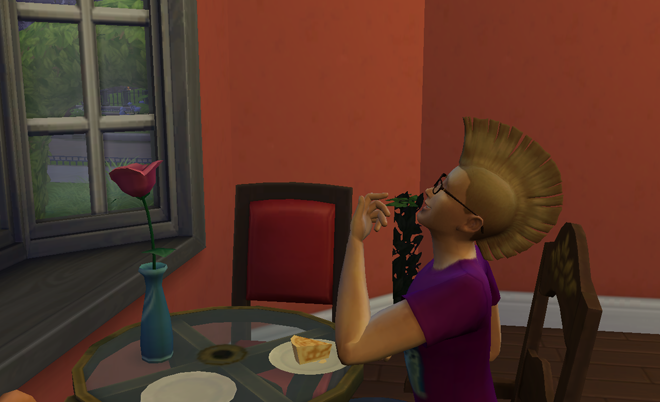 “The aroma of love!” 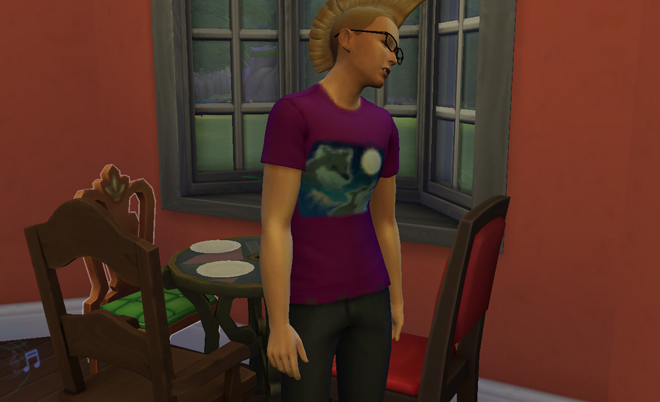 “I don’t really want to go. Why can’t I stay here forever?” 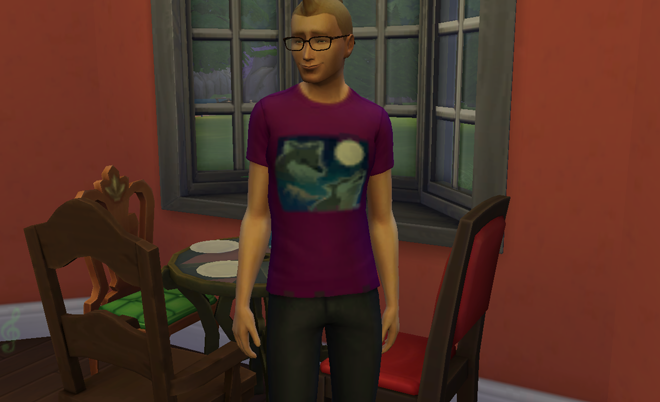 “On the other hand, if I leave, that means I can come back. Like when I’m a young adult.” 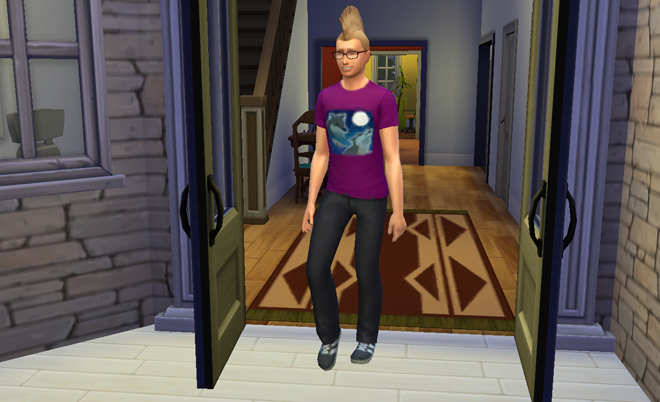 “I’m walking out the door this time. Perhaps the next time, I’ll be walking in.”

He was gone when I woke. Good-bye, golden boy. I’ve got that photo burned into my imagination, and it has crystal resolution. Whenever I want to remember, I will look at you.