When I got to EmI, I was already an hour late to school! Mom said, “Call for vacation!”

So I called up and they were like, “Sure! You just got adopted? That’s so cool! Of course you can take a vacation!” And then my phone kept buzzing all day with the silly office person wanting to know why I wasn’t in school! 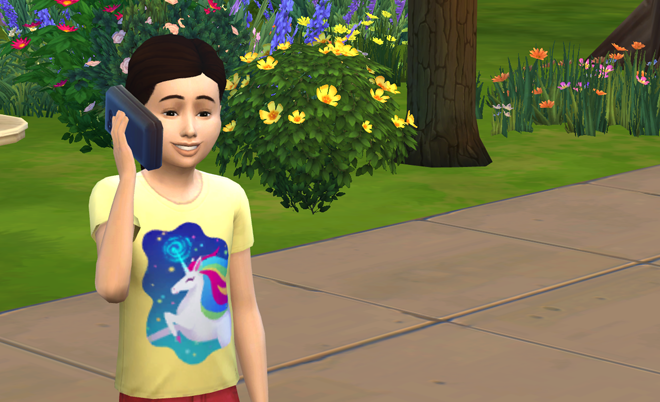 Grown ups are nuts! Don’t they talk to each other?

But I love them anyway because they make really good grilled cheese sandwiches!

My new mom is so cool. We were talking on the sidewalk, and then she said all of a sudden, “Hey, I feel like dancing! Come on!” And she’s a really good dancer.

So we went inside and she danced and I talked. I couldn’t stop talking! I wanted to tell her everything. All about the place I was at before, and the place before that, and stories I remember about my birth mom and dad, and all about how when I get happy, then I feel like the world is made of cupcakes!

Mom was up all night doing stuff to get EmI ready for me and my new brothers and sisters, so she went to take a nap, and I went out to meet my new neighbors! I met about five people. Everybody was really nice, even the people who were frowning!

Then, my brother came home from school. I was so excited to meet him! When I went to play with him on the monkey bars, he went inside to talk to Mom. Later, when I was eating Mom’s super-delicious-and-nutritious-can’t-be-beat grilled cheesers supreme, Dalton came to join me.

“You eat like a minor chord,” he said. “No. Make that diminished. No, it’s worser. It’s like a minor-major-diminished-augmented ALL at once. It’s a mess. Life among the imperfecti!”

And he seemed so angry!

I think he’s really cute when he’s angry! His eyebrows make a little V, and then he scowls over his glasses, and he snarls like a pirate! I’m kinda thinking up plans so I can make him mad every day, because he’s so funny and cute!

“Dalton,” she said, “I can see you’re upset right now. That’s understandable. You were here first, and you’re not sure if there will be enough. Listen, Dalton. I want you to know that there is plenty. There’s plenty of beds, plenty of food, plenty of books, plenty of violins, plenty of pianos. And even more important, there’s plenty of love. Our hearts are magic, Dalton. I can love you with all of my heart! And I still have plenty so that I can love Katrina with all my heart. That’s how plenty works, Dalton.”

I know what she’s saying. I love to eat–I always sit down and just dive into whatever is in front of me! And you know what? No matter how big bites I take, there’s plenty! It’s like I just dive in as part of this big celebration of plenty! Eat it!

Dalton wasn’t happy. Mom thought he was tired, so she suggested that he go up to bed. She said he’d wake up first that way and then she would do something special with him. Just her and him. His choice. 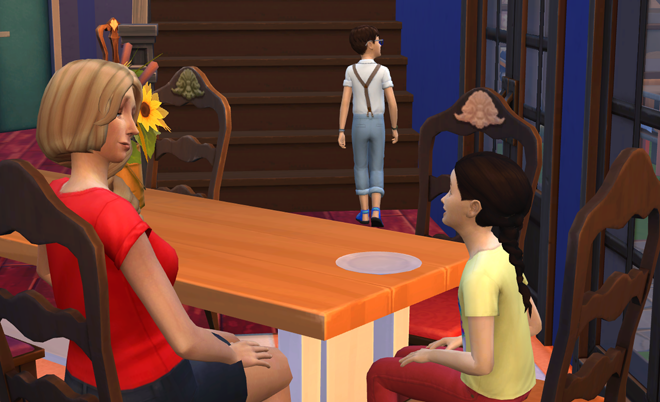 I’m happy that she’s going to do that because when he went up to bed, she said to me, “Katrina, this is a time when I can spend just with you. What special thing would you like us to do together?”

I chose a story. Mom read me about this big grumpy dragon who got mad because a happy gryphon moved into his cave and started eating his stash of dragon-fruit and playing with his live-human chess set. But then one day, the dragon came home and the gryphon was out flying around scaring people, like gryphons love to do, and the dragon was happy at first.

“Oh, goodie,” said the dragon. “I have my live-human chess set all to myself!” But the live-humans began to scream and all ran off the chess set and there wasn’t anybody to help him catch them and put them back on the board.

“Oh, goodie,” said the dragon. “I get to eat the dragon-fruit all myself.” But he ate so much he got a tummy ache, and there wasn’t anybody to make him tea.

Then the dragon stormed around, really mad.

Finally, the gryphon finished scaring people and flew home. The dragon was so happy to see her, he hugged her with his dragon wings!

When Mom finished the story, I told her I know what the moral is.

“There’s always plenty!” I said, “So just share. And then, you’ll learn that you’re really lucky to have a sister.”