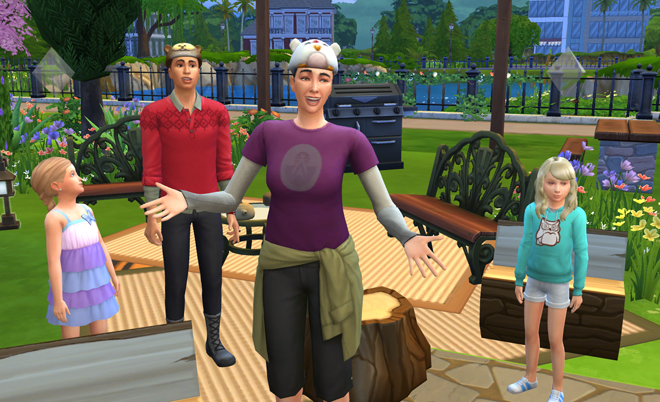 CT: I’m going to tell you a story that great aunts just like me have been telling to kids just like you for generations.

This story is called “Fundevogel,” which means “Found by a bird.”

CT: Once, this woodcutter was deep in the forest and he heard a raven crying way above him. He looked up and saw that it wasn’t a raven at all! It was a baby! Way up in an eagle’s nest. The eagle must have found the baby on the forest floor and carried it up to its nest. CT: The woodcutter climbed the tree lickety-split and brought down the little baby boy. He took the baby home and raised him with his own daughter, whose name was Lina. They called the baby Fundevogel, because he was found by a bird.

CT: As Fundevogel and Lina grew into childhood, they became the closest of friends. They would chase each other through the meadows and when they fell into the wildflowers, laughing and giggling, Lina would lean over and say to Fundevogel, “Never forsake me, and I will never forsake you.” 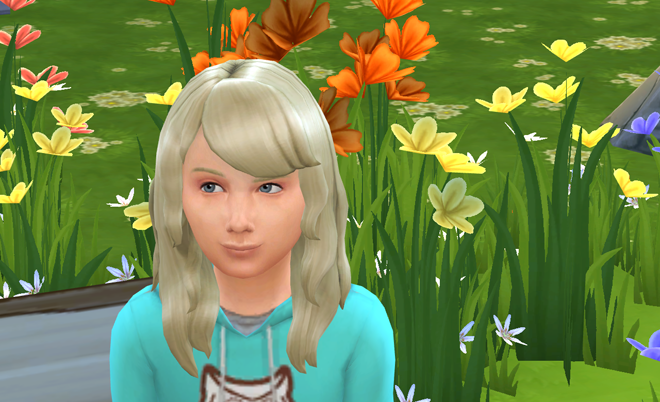 CT: “I will never forsake you,” replied Fundevogel, “not as long as we both shall live.” 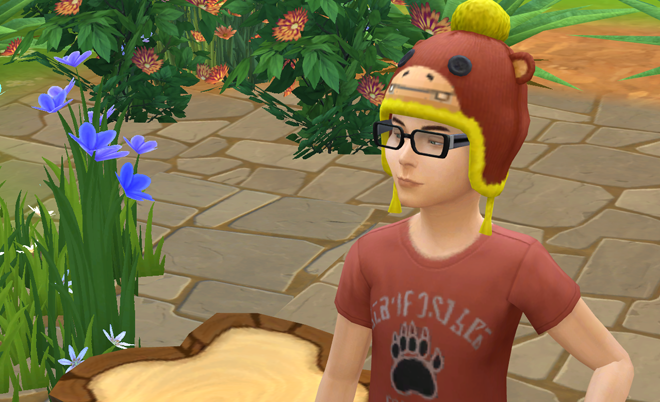 CT: One day, Lina came into the kitchen to find the cook pouring buckets and buckets of water into a giant pot. 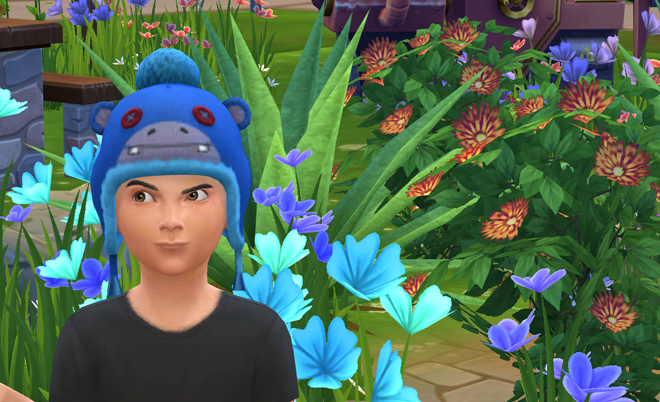 CT: “Ah!” said Cook. “I will tell you, but you must keep it a secret! When this water boils, I’m going to grab the little birdboy and chop him up into pieces and make a nice tasty soup out of him!”

Lina raced out and found Fundevogel. “Come with me,” she said. “We’ve got to run away!” 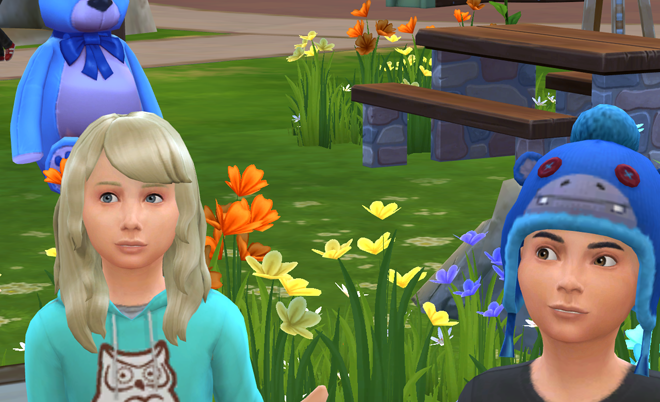 CT: And off they ran, as fast as their legs could take them, through woods and meadow and forest and glen.

At last the water began to boil, and Cook said, “Now where is that plump little boy?” And look as she could, she couldn’t find him or Lina.

She called her servants. “Boys!” she yelled. She always called the servants “boys” though they were full-grown men. “Boys! Go find Lina and Birdboy. They must have run off!”

So off went the servants, lickety split, through woods and meadow and forest and glen.

Lina and Fundevogel saw them coming. 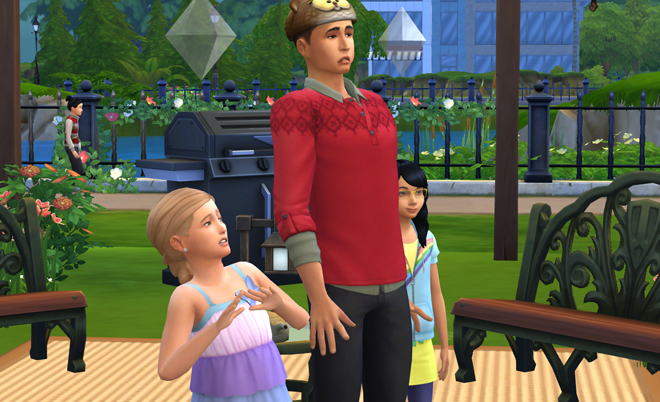 CT: “Quick!” said Lina. “There’s no time to escape! We must hide! You turn yourself into a rosebush, and I’ll be the rose upon it.”

When the servants got to the spot, they looked around. “Duh,” they said. “I don’t see anything, do you, boss?”

“Nah. All I see is this rosebush with one little rose upon it.”

CT: “Well, where are they?” demanded Cook. When they told her that all they saw was the rose and rosebush, she said, “Well, you should have chopped down the rosebush and brought me back the rose, you fools!”

She sent them out again, through woods and meadow and forest and glen, and when Lina saw them coming, she said, “Quick! Turn yourself into a church, and I will become the steeple upon it!”

Spin and turn, Fundevogel became the church, and Lina the steeple upon it.

CT: The servants stopped and stared. “But I thought they were right here!”

“You plum-heads!” screamed Cookie. “You should’ve burned down the church and brought me back the steeple! I guess if you want something done right around here, you’ve got to do it yourself.”

So off she went, with the servants in tow. 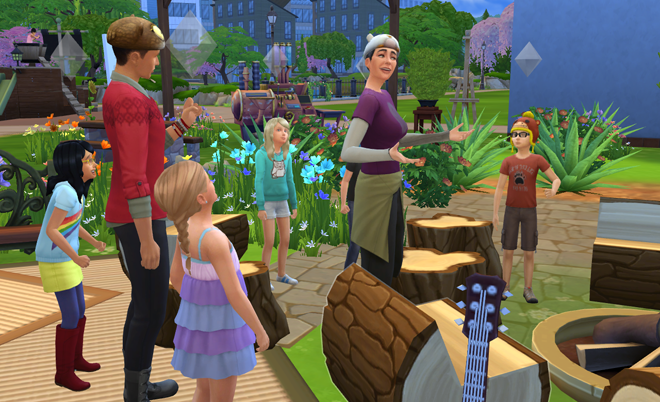 “I will never forsake you, not as long as we both shall live,” replied Fundevogel.

“Quick turn yourself into a pond, and I’ll be the duck upon it.” 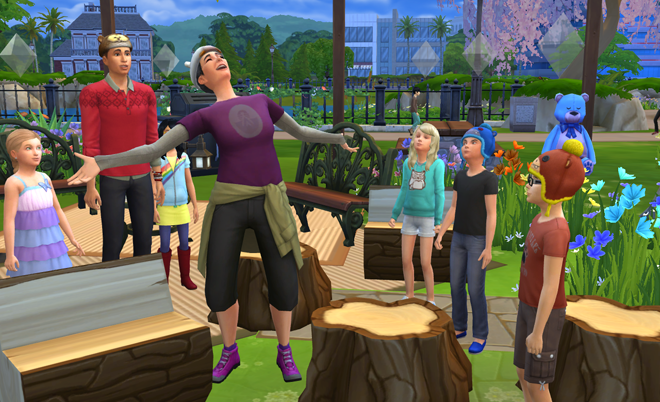 CT: When Cookie got there, she saw the pond… and she knew what is was. She knelt down to drink it all up, but the duck swam quick, quick, quick and grabbed her with her bill and dragged her down to the very bottom of the pond where that old cook drowned.

Lina and Fundevogel took their own forms, and they went back home again, happy and peaceful and quiet. And, if they haven’t died yet, they’re still alive today! 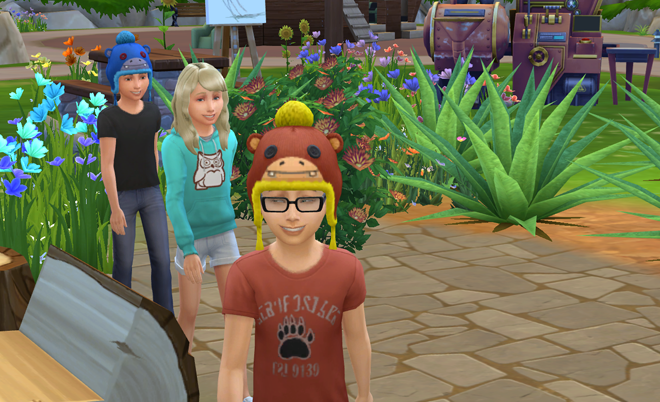 Em: Well, I mean, yeah. It’s a kids’ story. But it’s a cool kids’ story. I like Grimms’ fairy tales and all oral literature, really.

Em: I like children’s literature a lot, actually. Did you ever read The Lion, the Witch, and the Wardrobe?

CT: Only about a dozen times! I practically grew up in Narnia. The Horse and His Boy was my favorite.

Em: Oh, I like that one, too. Isn’t it neat how the kids could spend almost a lifetime in Narnia, and when they got back, it was like no time at all had elapsed? No one even knew to miss them.

CT: I know! I loved that! As a kid, I really related to that because my experience of time was so fluid! I had no way of fitting all the adventures I experienced during playtime into an adult’s framework of minutes and hours. I think that’s why I felt like I lived in Narnia.

Em: Did you ever read A Wrinkle in Time?

CT: Oh, I’m sure I did! It was during a time when I was also reading Thackeray’s Vanity Fair, so I sort of lost the continuity of its plot somehow. I remember the prose, though. I love L’Engle’s sentence structure.

Em: Oh, yeah! The prose sings! You know, Cath, I just wanted to mention, if there’s ever a time where it seems like I’m maybe… somewhere else… or maybe you and others don’t know where I am, or where those who are with me are… well, if that ever happens, don’t worry, ok?

CT: Is everything ok, Em?

Em: Yes. And I hope that it will always continue to be. I’m just saying, don’t worry, all right?