This entry by onezero Adam

I am sister to the queen.

My sister is the new queen of Cradle Rock.

That doesn’t make me the princess. It makes me the sister to the queen.

When you are the queen, you wear this royal smirk. 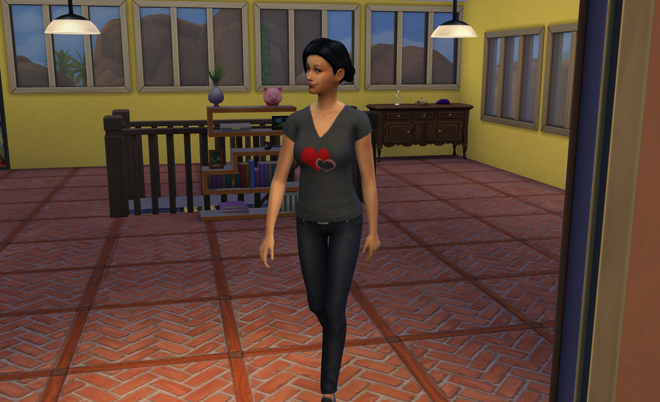 My sister seems happy with her new role of heir.

It’s the same smirk my planetary mother wore when she found out she was the queen the day she stepped into her young adulthood.

It’s a rather mischievous grin that my planetary mother wore that day.

Perhaps this is our crown, the distinction of nobility.

No one is surprised that my sister is heir. I’m not. My brother’s not. My father and my planetary mother are not. Aunt Sugar’s not. Miracle’s ghost is not.

We know it would have taken the intercessions of fate to twist the random trait generator to roll goofball for my brother in order for him to ascend to the throne instead.

And goofball is one trait that, while hidden in all, has been rolled for none.

The day before, at my father and planetary mother’s shared ascension to elderhood, Tamarind said to me that she didn’t really care, but that she thought it would be her.

“Not that it matters,” she said, “but me or Doug. Which do you think is most suited?” 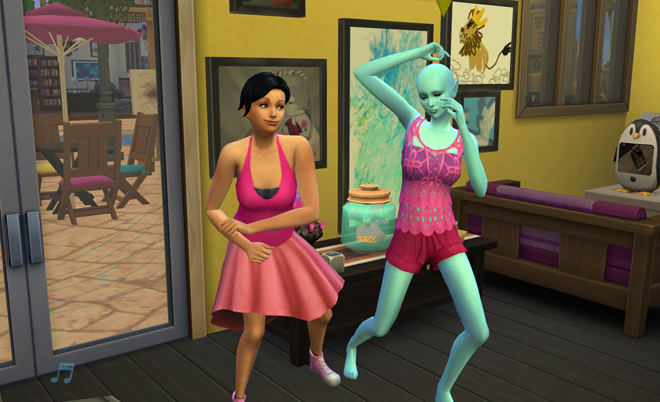 My sister is the soul of Cradle Rock.

If we consider that the king or queen is the heart, mind, and soul of the kingdom, then it is easy to see who is most suited: Tamarind, for sure.

My brother has had his heart set on the mansion across the street since that terrifying visit there when we were children.

Doug doesn’t remember the ghosts, my near-death from mortification, the strange feelings of confusion and angst: he only remembers the view, the antiques, the formal dining room. He’s drawn towards luxury, this brother.

Though he looks casual, he likes the finer things.

My planetary mother, my sweet father, they have spun their last twirl and their gray crowns remind us of time’s dual nature: timeless inside the spark of each pulse, yet passing as each pulse flickers and fades.

“I’m laughing too hard to eat! And I’m starving! Cake! I must have cake!”

My brave sister, before she formed her birthday wish, said to our brother, “It’s you or me, Doug. Are you ready for fate to decide?”

So much can pass in a look.

Those people that carry the tablets, who determined that I was insane at my last birthday, have determined that my sister, the kindest, most compassionate, most gentle soul I have known, is mean.

What do the tablet-carriers know of the colors of our hearts?

My sister, who sees into me like no other, what is there in her that is mean?

Perhaps she has found a source of strength–for one who is so kind and gentle, who also needs to reign as queen and who has taken it upon herself to be my protector, perhaps she has discovered that she needs a brave mettle to speak her mind when this world offers challenge.

She took a moment to reflect on the significance of her new trait.

My brother, who is not one to crave attention, spun his transformation in the outdoor kitchen, with only me to see.

All the energy for his next life stage flows around him, cocooning the transformation.

The tablet-carriers pronounced him to be materialistic, and he is, for though he dresses and walks and talks like a hippie, he loves this material world that we live in. He loves that he will be moving into the mansion across the street where the floors are marble and the banisters edged with gold.

My sister, though queen, though declared to be mean, is the same sister she has always been. Her keen sight pierces into the mysteries that wait for us, looking through to the future when my nieces and nephews will be running through this home.

I can see this new source of strength she has found within.

And I–I have space always, within, without, the whispers of my 1,000 mothers, the feelings of those in my family, all that travels unseen but felt and all that we know when we settle in silence. This moment in space.