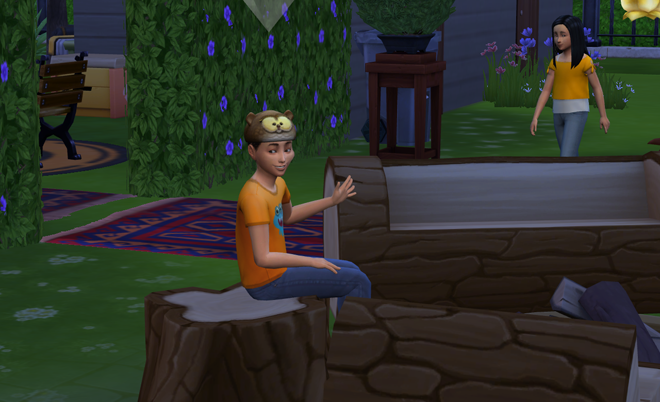 The other night, River called us over to the camp fire before we crawled into our tents for bed. I managed to convince everyone that we didn’t actually need a fire in the campfire for it to be a fireside story. I’m still a little wary after what happened at Rosey’s party.

“What’s important is the story,” I said, “not the smoke.” And everyone agreed. It might have helped that we’re having a heat wave, so it’s still 90 degrees at bed-time.

We gathered round and listened to River’s story.

Once upon a time there was a beautiful Queen and talented King who ruled all over the kingdom. The Queen was very sporty and could make amazing grilled cheese but was sometimes clumsy with the stove. The King was able to turn plain paper into wonderful pictures and old bits of wood into magical creations; he was also super smart!

Well, this Queen and King decided they wanted to have a little Prince but instead they got a Princess and she was alright, even if she is super bossy and likes to tell everyone what to do. But it’s ok ’cause then they had a Prince and their family was complete.

The Prince had an excellent hat that the Princess didn’t like so the King took the Prince aside and said there was a special place that the Prince could visit where everyone would wear hats and not just any hats, they were hats made from animals. 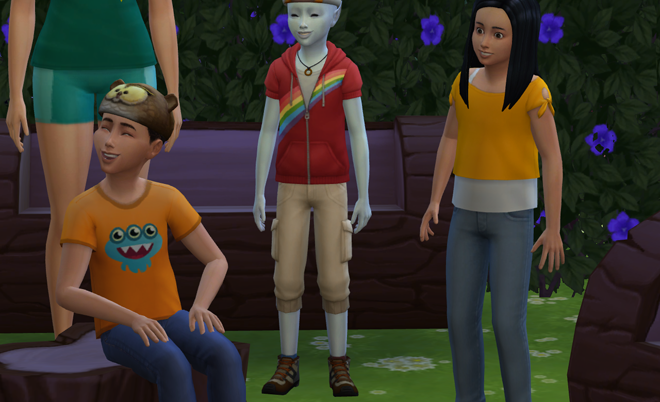 And do you know what? That Prince had an amazing time at the special place and met some new friends who helped him to see that he wasn’t alone in the world.

“Don’t say, ‘the end!'” said Chiyo. “It totally ruins it. Say ‘And they lived happily every after,’ or ‘higglety-pigglety-pop.” But not ‘the end!’ That’s like bad story ju-ju!”

River went in to grab a cupcake before bed, and Joel joined him.

“I enjoyed your story,” Joel said. “Very creative! And you shared an important message about friends and friendship!”

“Do you think it was wrong for me to end with ‘the end?'” River asked.

“Of course not,” said Joel. “It’s your story, so it’s very important that you conclude it the way you want it to be concluded.”

While Joel and River were sharing storytelling techniques, I heard onezero say, “What’s the problem with endings, Chiyo? Do you really need everything to be ‘happily ever after?'”

“I do,” said Chiyo. “That’s just how a story’s supposed to finish. Like it doesn’t end, it just goes on and on and on, so that you can make up your own story forever. ‘If they haven’t died yet, they’re still alive today!’ That’s a perfect ending, in my mind.”

“I see,” said onezero. “That’s my experience, too, that there are no endings. Every time we think something ends, something else just comes along, don’t you think?”

River’s story, and watching the kids, has helped me to see what Animal Hat Summer Camp is all about.

It’s not about the animal hats, though we all wear them.

And it’s not about the cupcakes, fruit cobbler, apple pies, and donut holes, though onezero might tell you differently.

It’s about the friendships.

“Do they have donut holes where you’re from?” Finch asked onezero the next morning.

“I’m from Oasis Springs,” she said.

“I am. But I was born here. My daddy’s just a guy, like your dad. It’s my mommies that are different.”

“I have 1,000 mommies,” onezero said, “and they live on this big blue planet that’s not exactly round, and certainly not square, and sort of wibbly, wobbly, like a halfway squished donut hole, and to get there you go up, and over, and round about and besides, and then you’re there! In the middle of the blue, squishy, sort of donut hole. Only not made of cake. And when you’re there, the voices of the mommies are not inside of you–they’re outside! And they sing all sorts of wonderful things! Like fra-la-la-life-is-lovely!”

Finch smiled. Later, at his music lesson, he retold onezero’s story, and he sang for me the “fra-la-la” song.

“Maybe it can be our anthem,” he suggested.

We use stories to form and strengthen our friendships.

Rory dropped by this evening, and Chiyo filled her with tales.

“The mountain was huge, but not as huge as the magic dragon, who blew it down in a sudden burst of flame! But the little girl wasn’t afraid, for now that the mountain was gone, she knew she could go home with her Aunt Aya. And if they haven’t died yet, they’re still alive today! Higglety-pigglety-pop!” 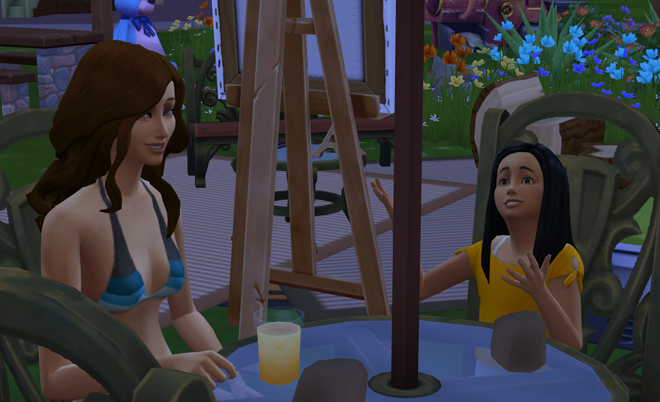 The stories we share weave our imaginations into a fabric that spreads across from me to you and back again.

“Let’s say that your princess was from Misty Mountain Purple Land planet, and then mine can be from Potato Bumper Peanut land, ok, onezero?” Penelope said while they spun a game together.

“And then the dragon comes! Big flames! ‘Don’t worry, little princess! I won’t eat you! I’m here to save you!‘” onezero said.

“Let’s say the dragons were all friendly,” Penelope said, “and they didn’t really eat princesses, ok?”

“And then let’s say that the horse came along, clip-clop, clip-clop,” said Penelope. “Do you like horses, little princess? ‘Oh, yes, only I’ve never ridden them for I’m not allowed. I’m only five inches high, after all.’”

“Oh, oh, oh!” she said. “I’ve got the greatest story, and it’s not about Mendel or even Mendelssohn at all. It is about genetics though, but that’s ok, because I know you like genetics, right Joel?”

“I’m interested in everything that interest you, Penelope,” Joel replied.

“So, it goes like this. Once there was this dragon who met a horse and these two princesses, and the princesses said, ‘If only we had a mount with wings like a dragon and legs like a horse, we could fly fast through air and fast over ground!’ So they did a little research and discovered through the ribonuclease the exact RNA that they needed for super-flight and super-gallop.” 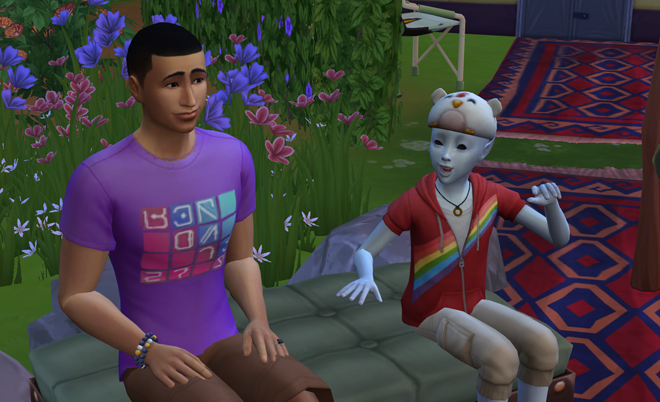 “That’s some story!” Joel said. “You really amaze me with your imagination, Penelope!”

And her story lasted all night and into the morning. Higglety-pigglety POP!