A few hours before they headed home, Tamarind met a ranger. 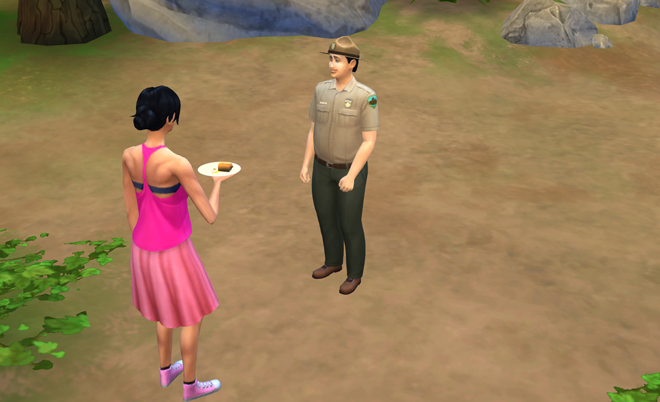 “They say hotdogs taste better in the wild.”

The ranger was all smiles.

Before I even had a chance to so much as suggest they might want to get to know each other, they were lying on the forest floor, looking up at the clouds through the green canopy. If a ranger asks you if you want to watch the clouds with him, don’t refuse! There’s no telling what amazing meteorological insights you might gain!

“See that stratocumulus at 1 o’clock?” he asked. “It reminds me of a Bach fugue… those repeating patterns. I feel happy just looking at it.”

You can really get to know someone by listening to them describe the clouds.

And with those words, Tamarind identified his three traits: Loves the Outdoors; Creative; Cheerful.

It’s a combination I’m partial to, as Young CT has those three traits.

Tamarind and the ranger became good friends within an hour or two their time.

“Look, I’m really glad I met you,” Tamarind said. “I wish I’d met you on our first day here, not our last. Here’s our address, in case the Park Service ever sends you out to Oasis Springs for a convention, or something.”

“Granite Falls isn’t so very far away, right? Maybe we’ll be back… in about three generations.”

Even though it meant saying goodbye to the ranger, Tam was happy to arrive home.

Sugar was glad to spy the cowplant cheerfully dancing to New Age music. We weren’t sure if the game would let the cowplant survive with no one around to feed her inside of her locked corral. The rest of the family was just glad to be back breathing the dry desert air again.

But happiest of all was Doug.

“We have an actual paved sidewalk! Pavers! Yes!”

The time away from the art, literature, and music that fills his home helped Doug appreciate his true values. It’s culture, not the rugged experience of the outdoors, that inspires Doug.

“You know, Dad?” he said. “I’m sure it’s a fine tradition and all, naming kids after trees. But why not choose artists? Or musicians? Don’t you think I’d make a good Vincent or Wolfgang?”

“What if a boy were named Oak? What kind of nonsense is that?” 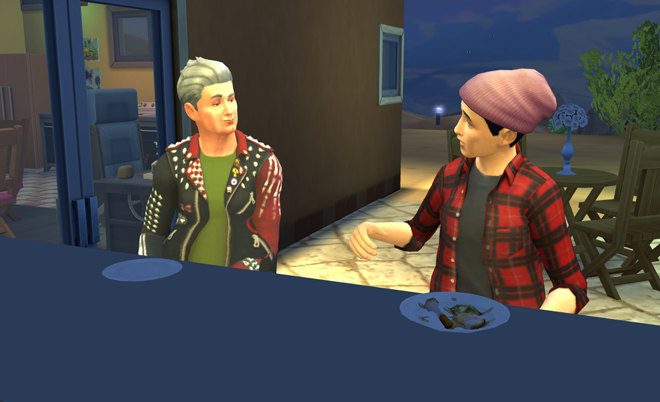 “A name should be a name. Not a noun for something else.”

“I’m dropping the tree, Dad,” Doug continued. “Now that I’ve spent some time under Douglas Firs, I realize I don’t care that much for them. Sticky resin. Weird smell. Little cones with mousy tails. Not for me. I’m going with Doug from here on out.”

“I get creeped out every time I think about what might be up in those branches! Spiders! Beetles!”

Chandler, with his Outdoor Enthusiast aspiration, found his son’s revelations surprising. How well do we know these children of ours? How was it that Doug latched on to all the culture that Chandler, Master of the Real and top-rated artist, had brought into the family, but rejected the deep connection with nature that was as much a part of the Boughs as their last name?

Part of providing the type of home environment that nurtures independence and authenticity means accepting that your children might make different choices than you and reject some of your values.

Doug, coming to a deeper understanding of himself, felt a boost in confidence. He knows what’s important to him now, and that’s something. 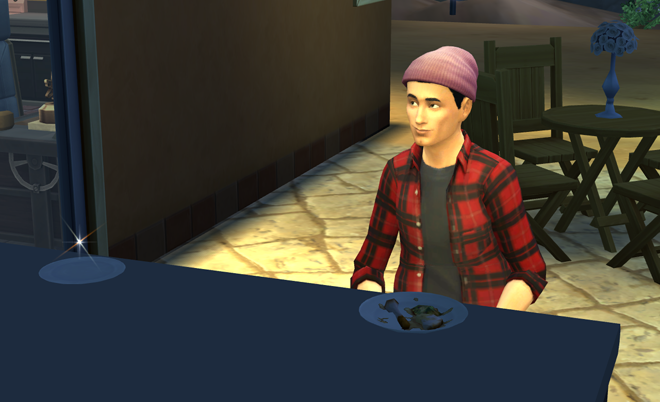 “That wall would look great with a mural on it. Maybe I can get Dad to paint something.”

The next morning, when Sugar was out painting a masterpiece, she was surprised to see a new face.

“Do we know you?” Sugar asked.

“Met your niece at Granite Falls,” the ranger said. 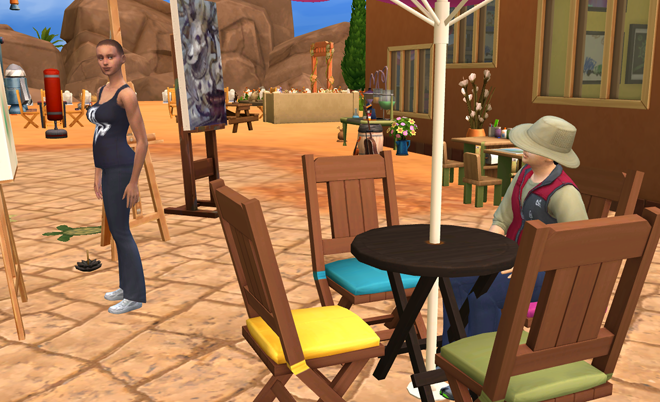 “I’ve never seen you around here before.”

“She told me so much about the desert,” he continued, “that I decided to move here myself. Found an ad for a roommate. Turns out the place is right across the street.”

“Not sure, really,” replied the ranger. “There’s some guy there, also a roommate, who says he’s a former Townie that got noticed and got downloaded here. And that guy claims the house is haunted.”

Tamarind, getting up late, was surprised to see the ranger sitting in the sun at the patio table. And yet, as she listened to his voice, she was somehow not surprised. She wondered, even, if maybe she had expected this all along, after giving him her address. She started to suspect that she would’ve been surprised if he hadn’t shown up at her doorstep within a day or two. It felt natural having him there. Heck, he even had the right kind of sun hat! 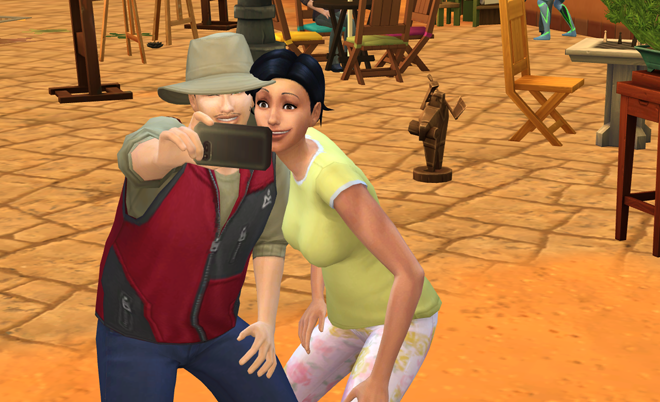 He couldn’t stay too long. He was still getting settled into his new place. Right across the street, the family mansion which, for some reason, seemed to be letting rooms to single young men.

Curly Mailman showed up just as the ranger was leaving.

“Aunt Sugar?” Tamarind asked. “Didn’t you say you wanted to bake one of those sugar-free coconut cakes or something?”

Tamarind has begun to notice that there are young single men waiting for her every time she turns around. That’s the way the game engine works. And most of them are compatible with her. And many of them are cute. And some of them have got the best possible mixes of traits. And all of them seem like they’re just waiting for her to choose them.

Which is really rather strange and puts Tamarind, as the heir and the one for whom the game is generating all these single men, in a position of unnatural power.

And maybe that’s why she’s reluctant to make a decision right now. Maybe she simply doesn’t want to play this particular game. Perhaps it’s her independence which makes her turn down something as seemingly artificial as a game-generated hook up. Maybe she’s holding out for love.