This entry by Cypress Bough.
Many thanks to eXokamikaze for the ship name!

I’ve heard some people say that marriage means an end to freedom. But in our family, we’ve had this saying that’s been passed down through the generations, “In my love, you’ll find you’re free.”

It’s sort of been the gold standard by which we measure a partnership.

A camping honeymoon is my kind of honeymoon!

Right after we got married in our family garden, we headed back up to the mountains–we’re both just happiest there, and that’s where we wanted to spend our first few days as an officially married couple.

I told McRae a story about Lucifer, a wild pony that wouldn’t let anyone tame her.

“She’s a mustang,” I said, “and you know how wild mustangs are–you try to corral them and they break free, but you give the free range, and they’ll love you for life.”

“Veggie burgers are my carrots!”

Jade called before we even finished breakfast.

He said he just wanted to make sure we’d arrived safely.

“It’s not like you need to check up on me, Jade,” I said. But McRae thought it was sweet of him, acting like the protective big brother.

“Tell him we’re fine and we’ll be back in a few days. And give him my love! Ha!”

I can’t believe what it feels like to be this close to somebody. I mean, growing up, I was always close to my uncle Alder, and I always saw how close Mom and Dad were to each other.

But I never really thought that I’d have somebody my age that I was that close to.

When I look at him, I feel like I’m home. It’s hard to describe. I feel safe and protected and free all at the same time. Maybe this is what love feels like.

“Your eyes are even prettier than my ring.”

Being nature-lovers, like we both are, it’s just natural that we love all things natural, too.

Fireworks are natural, aren’t they?

What was I talking about? Freedom?

Yeah! If this is what freedom feels like, I’m free–heart, body, mind, and soul!

Body builders do it with reps.

McRae wanted to surprise me with grilled tofu dogs for breakfast the next morning.

Isn’t the fire supposed to stay in the grill?

All I can say is that it’s a good thing that both his ranger and boy scout training involved fire fighting! 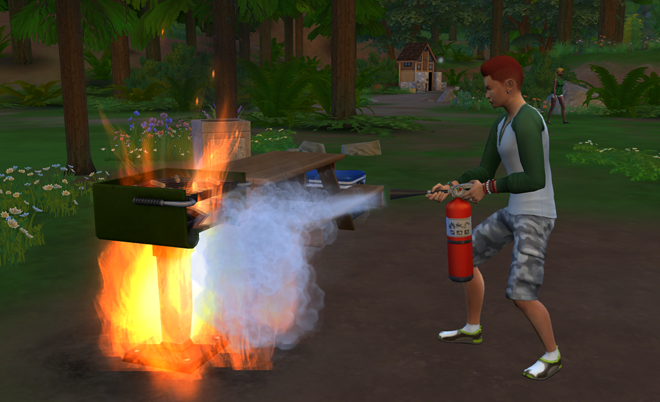 He served yogurt instead. 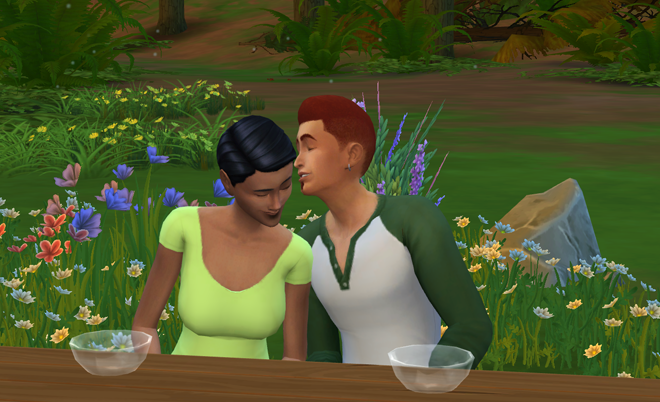 I didn’t feel so hot after breakfast, though. 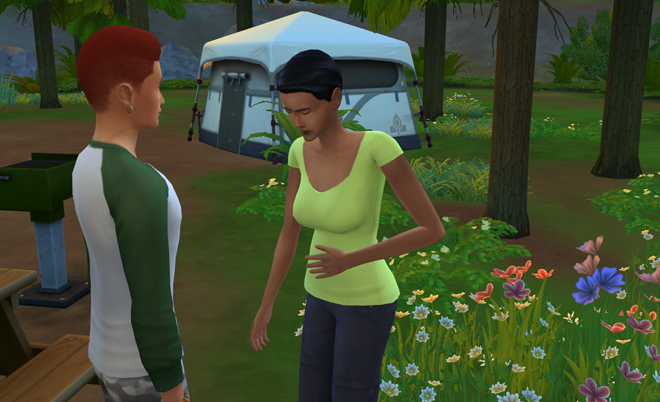 I chose to spend the morning quietly while McRae took a jog through the forest.

It’s funny, but now that I’ve got somebody, I cherish my time alone even more. I guess I know that McRae will always be there, whenever one or both of us want to talk, so these moments that I get to spend by myself, without the sound of another’s words, feel all that more precious to me.

I understand, now, why my dad always looked so peaceful and content when he was painting all by himself while my mom was in the music room, playing the piano.

It feels great that we have our own activities.

Jade called again that morning, just to see how we were doing.

“We’re having fun!” I told him. “I didn’t feel so good earlier, but I feel fine now. A little tired, maybe, but happy.”

And when I told him I’d been feeling queasy, he said he didn’t think it was the yogurt, and he hoped that, being childish myself, I would come to enjoy the company of children.

“What are you even talking about?”

Jade was right. As soon as I got off the phone, I realized what all these funny sensations were. 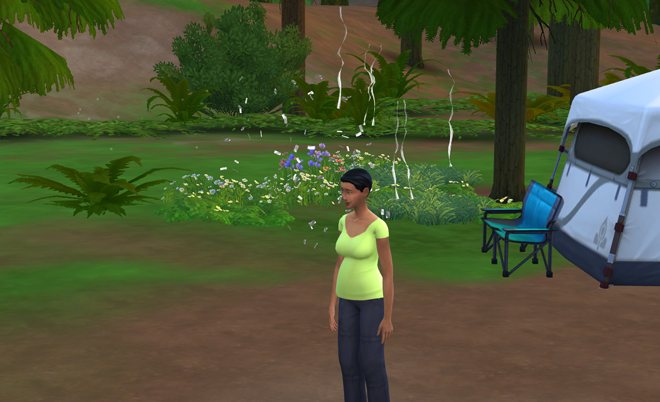 First the fireworks… then the confetti… it can only mean one thing.

I was pregnant. I didn’t feel happy at first.

I’ve heard it’s normal for a young woman to feel sad when she finds out she’s pregnant–even if she’s also excited–for it’s the end of her childhood. It’s taking on all the responsibilities of being grown up. That was part of what I was feeling. I wanted to be a child forever, not Wendy, but Peter Pan.

Having a baby means the end of that.

But it was more than that, too. My mom told me what it means to be the ninth heir. The moment I have the gen 10 baby, all of this–our whole family legacy–is completed. It’s the end of our whole way of life. 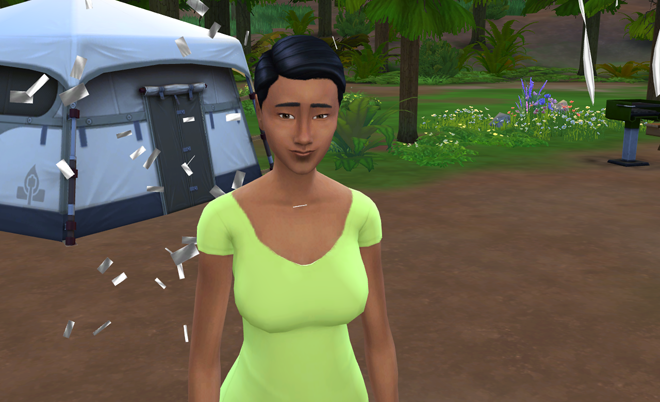 This is the end on all sorts of levels.

I couldn’t stay sad for long, though, because it was also the beginning!

It was the beginning of the family that me and McRae are creating. I guess it’s not the end of the world!

McRae pretended to be upset when I told him, but he couldn’t keep a straight face. He’s going to make an awesome dad. “How did this even happen?”

“See what you get when you mess around in a tent?” he said.

Leave it to the boy scout!

When we got home, I told Aunt Sugar first.

“Yibz!” she shouted with a fist pump. Mom wasn’t so happy, though, and she wasn’t pretending.

“But you’re just a child yourself!” she said.

We sat together. Sugar was talking the whole time, but I kept watching Mom. I felt worried for her. She just looked so wistful.

“You know why I get excited whenever I hear there’s a new baby coming in our family?” Sugar asked. “It’s because each baby brings us closer to freedom. And this child, the gen 10 nooboo, brings our emancipation. No more Pinstar rules. No regulations. Once this baby’s born, we can move wherever we want. We can do whatever we want. We can turn off aging, and we make the rules.”

I wasn’t really listening to Sugar because it dawned on me the reason that Mom looked so sad. She was missing my dad. She’d said that it was so soon, but I realized then, putting together what Sugar was saying, that if it had been sooner, like the day I’d become a young adult, then maybe Dad would have been alive to meet his grandchild. And if the gen 10 brought freedom, like Aunt Shug says, then he’d get to experience that freedom, too.

Should I say anything?

“It’s so right!” said onezero when I told her. “Time knows time.”

I never know what she’s talking about until later–then it dawns on me.

Being pregnant wasn’t that bad–it was just the yogurt.

I should be ok if I stick to eating ice cream.

But feeling tired and hungry and queasy all at once and not having my normal energy to do what I usually do, it gave me a lot of time to think.

What if I’d met McRae earlier?

What if I’d settled for Jade or Wade or Anderson?

What if Dad and Alder were still around?

Mom always said that we were a true-love family–no rushing, no forcing. Wait until we’re ready. Wait until we meet the one who feels like he sets us free. “Free to be,” that’s what Dad always said.