Emelia and I lingered at the breakfast table. This was our first Saturday morning together as a family, and we didn’t want to rush it. 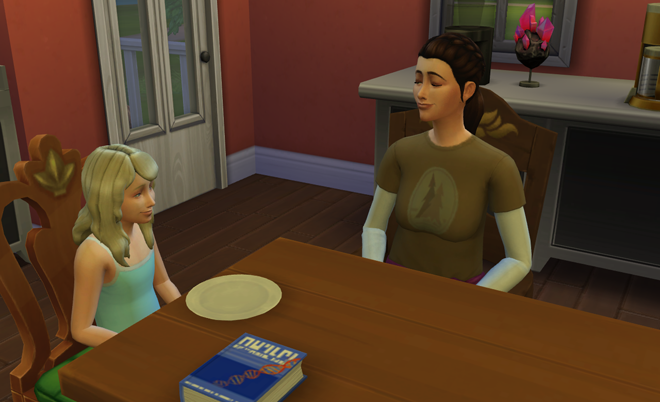 But our leisure was interrupted by a phone call.

“Mr. Two!” I said when I heard that familiar accent. “We haven’t heard from you since S-GAS! How have you been?”

He had no time to chat. This was a business call. 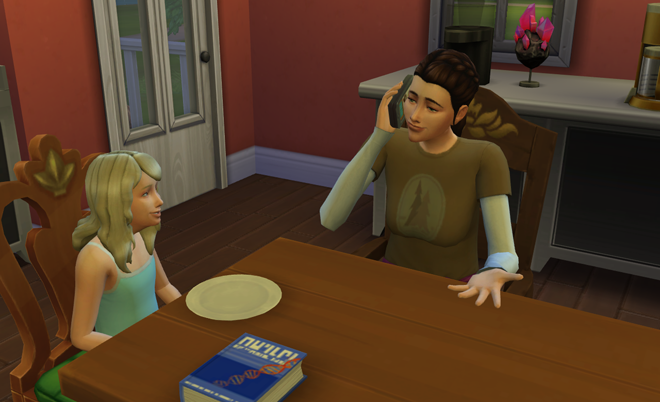 My stomach dropped when I heard his officious tone.

Last I’d heard of Number Two, he was the solicitor for Emelia’s mom, Fey Johnson, who’d gotten into some trouble the S-GAS keynote speech events.

I put Mr. Two on hold for a second.

“Do you think this is on your mom’s behalf?” I asked Emelia.

“Sorry about that, Mr. Two,” I said, returning to the phone. “So what can I help you with?” 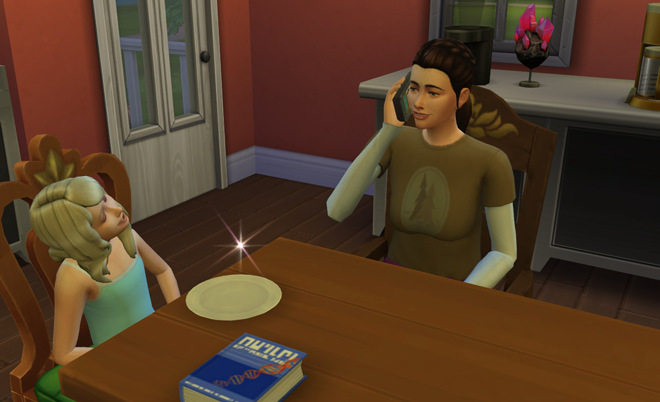 It turned out that Mr. Two was calling to help us out! Well, he was just taking care of business related to his job as an estate representative, but it had the effect of helping us out.

“You mean Dr. Jasmine left her place to us?” I said, incredulous at his news. All of Oakenstead had been left to us! We’d held Aya’s birthday party there, for we’d been told that we could use it while the estate was being settled, but we had no idea that the estate would be settled on us! While it doesn’t have anything to do with Emelia’s custody, it has a lot to do with all of us! A whole new house that’s ours?

Forrest, Aya, Alex, and I headed over there in the evening to look it over. It still feels to strange to me to be in that empty home. With all the furniture removed, the echoes of memory ring even louder through those barren rooms. “It sure is big,” said Forrest.

“I like it,” said Alex. “Imagine it filled with all of our stuff!” “I remember you said it would be like ‘a big huge happy-storm that would change the course of everything,'” I replied. We all talked it over. I really didn’t want to leave our home, and neither did Tani. I also hated to think of us splitting up.

“But remember when Gray and Emma moved across the street?” said Elder. “That turned out for the best, didn’t it?”

I had to admit that it did. I remembered what Gray had told me when they were deciding to move.

“Don’t think of it as your space shrinking. Look at it as a chance for your space to increase,” he’d said.

And it had worked out that way. We were over there a lot, and they were over here a lot. So it really was more like expanding, to make room for more people to join our circle, than contracting and having folks leave.

So, Alex, Aya, and Forrest moved into Dr. Jasmine’s house. There was plenty of money in the estate for refurnishing. And now we’ve got three housefuls of hippies in town.

And with Free and Em running around, our hippie house also feels like a house full of kids! Shortly after they moved out, Mr. Two called again.

“Yes, they’re all settled,” I told him. “Thanks for checking.” “Most delighted to hear it,” he said. “Now that frees us to move on to the next piece of business.” “You have the new domicile established, which puts you in the perfect position to receive the children.”

“The children?” I asked. “Yes! They are waiting for to be brought home from the orphanage. If you act quickly, you’ll have three more children home in time for Plum Day!”