Squid’s uncle is all kinds of cool. She thinks he’s about the greatest person around.

“Thanks for letting me come visit you, Uncle J. P.,” she told him. “Think I could come over every day?”

“Tell you what, Little Green,” he replied, “You can come over anytime you want, as long as you don’t have school or other places you’ve got to be.”

“Lemme take a picture so I can look at it on the days I can’t come. That way, you’ll always be with me, anyway!” 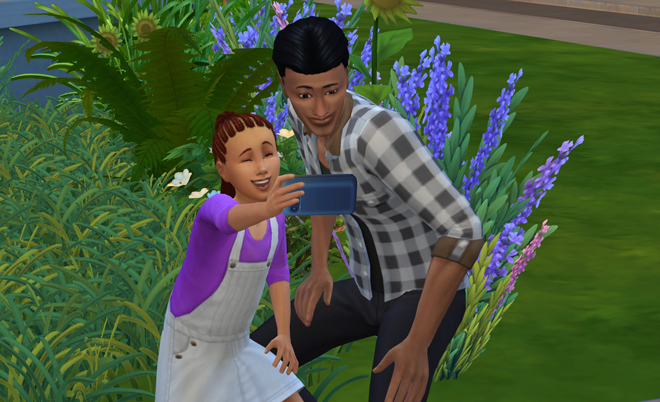 Sempervirens loved J. P.’s house. The amazing thing about it is that it’s an art gallery downstairs. Sempervirens thinks it’s special that the art gallery is private: the only people that can see it are the ones that her uncle invites inside.

She thinks maybe that’s because the paintings are too powerful to share with just anybody.

You’ve got to have a taste for magic to be able to withstand some of her aunt onezero’s masterpieces.

Another thing that Sempervirens loves about visiting her uncle is that he lives in a neighborhood with lots of people, and he knows everybody!

Whenever she goes there, she meets somebody new and somebody amazing, like Rose, who seems like she’s from a family just as magical as her own. 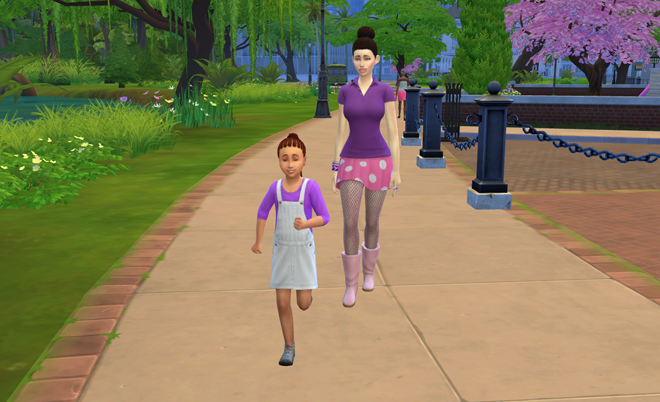 Last time Squid was there, a whole bunch of neighbors were having a picnic, and she met Jaclyn, and Joel, and Aya, and a gardener who said she knew Squid’s mom, and another lady with two pigtails on top of her head like panda ears who said she was a good friend of Squid’s great aunt Sugar. It was so easy to make friends when everybody there already knew her whole family.

She even met her great grandpa there.

“Hey, Squid!” he said. “How are you doing, Little Green? What brings you so far from home? Are you here to see your uncle?”

“Yup,” she answered. “I come visit every chance I get.”

Great aunt Sugar is often over there, too. Uncle J. P. says she’s a patron of the store.

“Didn’t she also paint all the paintings in there?” Squid asked.

“Well, not quite all of them,” J. P. answered, “but a lot of them! I guess she’s sort of her own patron of herself, when you think about it!” 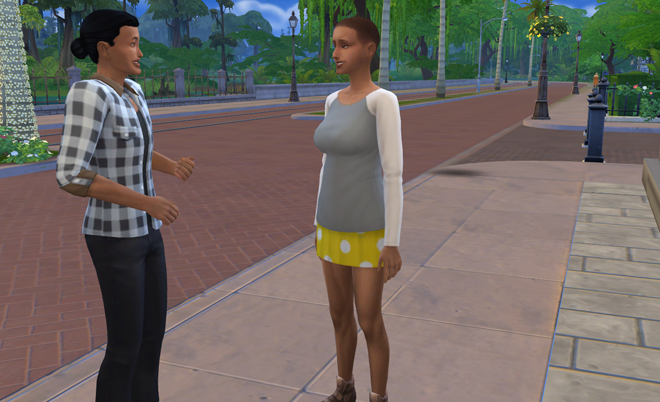 “My sister was telling me that the energy of meditation enhances the growth of plants, and that the growing energy of plants facilitates meditation. You’re a scientist, John. What do you make of that?”

“It’s likely,” replied John. “There’s a great deal going on beyond what we see with our eyes.”

Sempervirens loved it she could hang out with her uncle and his friends in the Commons. Their conversations were seasoned with jokes and stories and references to books they’d read.

Sometimes, you run into funny things in her uncle’s neighborhood, like Cathy Tea in a hot dog suit!

But of all the family, friends, and neighbors that Sempervirens might meet in her uncle’s neighborhood, none of them were quite as wonderful as her uncle.

Uncle J. P. is like a sunflower. He stands tallest and brightest, higher than all the other flowers in the garden.

“Were you waiting for me?” Squid called one evening as they made their way back to her uncle’s house after their walk.

“Sure was, Little Green,” he replied. “Let’s head on in and see what we can whip up for supper.”

Sempervirens followed J. P. up to the computer room, where he checked out a new recipe for stir-fried chicken.

“Are you checking to see if there’s an email from your girlfriend?” chuckled Sempervirens. She was just joking–she knew she was the apple of her uncle’s eye. 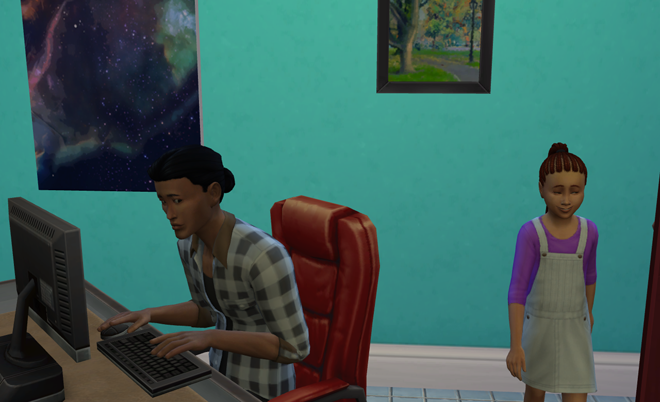 J. P. provided a show whenever he cooked. He juggled the knives, chopped in rhythm, and danced his way through the preparations of the meal. 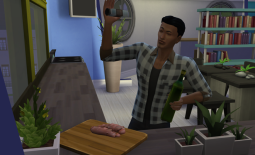 And his creations were true works of art, carefully prepared to satisfy every sense.

“Do you think every girl has an uncle that’s as cool as you are?” Squid asked J. P. after supper.

“Do you know who your mom’s best friend was when she was about your age?”

“Was it you?” Sempervirens asked.

“He was kind of mean, actually. But Cypress thought he was the most amazing person ever. And he was never mean to her.”

“Well, you’re not ever mean to anybody, J. P.,” Sempervirens said, “and you really are the most amazing!”

There were so many things about J. P. that Sempervirens would stick on a list if she were to make a list of every feature that made him amazing.

But the coolest thing of all is the way he makes her feel when he looks at her.