Kaylee and I have been hanging out a lot during my free time–and, surprisingly, even though I’ve got this professional internship, I seem to have a lot of free time! 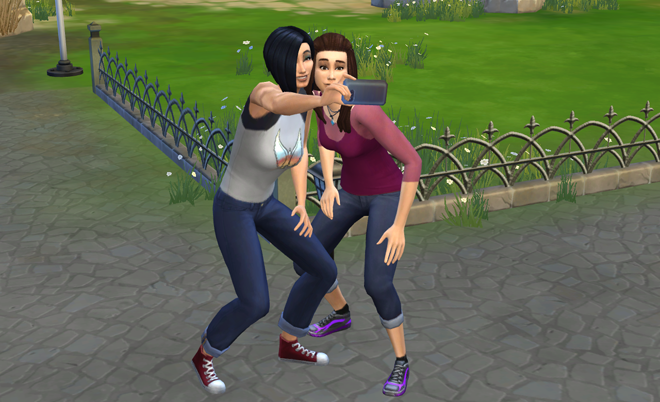 I’m still upset about what happened the last time we went out. It started out as such a great day! We were going to the ruins, and Kaylee asked if I wanted to have anybody join us, so of course I thought maybe my best friend, Darin, would want to come with.

Kaylee and I were having so much fun, talking about music and working out and taking photos, and then, I noticed that Darin was just standing behind us, glaring at me.

Next thing I know, he’s screaming in my ear!

“Why did you even invite me if you don’t want to be with me?” he yells.

He’s saying all these horrible things about how I’m ignoring him, and I don’t care, and I’m a worthless friend. I just sort of shut down inside and closed off, so I don’t even remember everything that he said. But it was awful. I can’t believe the names he called me–I just can’t even write them. It was too horrid.

I’ve never been yelled at before in my life–not like that, at least, not such a personal and direct attack from someone I loved and trusted–so I didn’t really know how to handle it or how to process it.

I just pretended that it didn’t happen and went right back to my conversation with Kaylee. Dominic Fyres joined us, all friendly and happy. 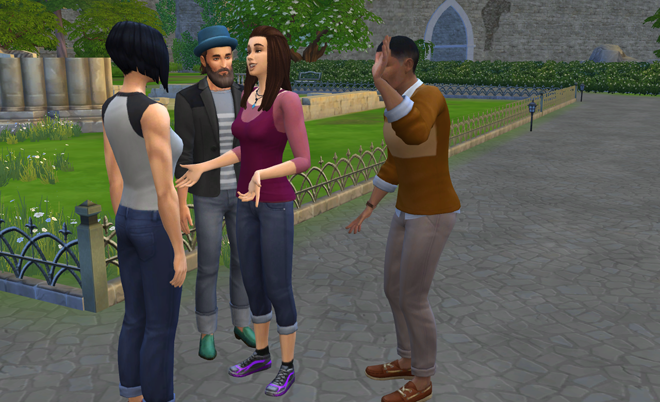 And then Darin lets loose again, really cutting into me.

He starts accusing me of being heartless, and two-faced, and not having any morals, and not caring about the feelings of others, and throwing in every curse word you can think of. I was just floored. I’m still so shook up. I thought we were best friends! 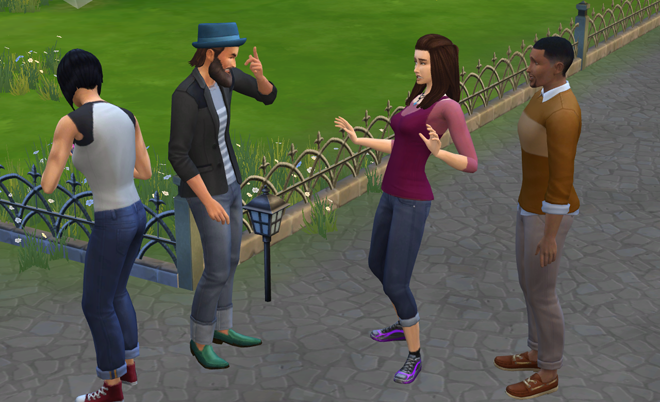 “I’m sorry to have wandered in on this,” Dominic says, “but maybe there’s something I can do to help. Seems like the two of you could use a little intervention. Are you OK being talked to like this, Honey?”

And I realized, no! No, I was not OK with being talked to like that–not by my best friend and not by anybody. And what was worse was that Darin seemed to be feeling great, as if he were actually enjoying this! He was smiling!

It was as if he had enjoyed hurting me and was getting pleasure from my feeling upset, wounded, and angry.

I’m so glad that Dominic was there.

He said, “You know, Honey, you don’t have to just stand there and take it. Speak up, girl. Let him know how you feel.”

I’m kind of embarrassed now about what I told him. I said I felt like a violin bow that had had all its strings broken when it had been played in a moment of passion–and for why? The music wasn’t even good.

He went on to say that Kaylee and I were so wrapped up in our conversation that he felt left out.

“We hadn’t meant to ignore you!” I said.

“I know,” he admitted. “I just want you all to myself sometimes.”

When I think about it, I realize that pretty much every time Darin and I are together, it’s just the two of us. We get into these deep conversations, and the world around us disappears, and it’s just him and me–alone in this bubble of idea and thought.

This was maybe the first time when he’d been with me when I was enjoying talking with someone else. Even the times when he was with my parents, he was usually just talking alone with my dad, or hanging out by himself in the garden.

We managed to patch things up OK that afternoon. I told a corny joke about violins and dark rosin that he found hilarious.

But I felt weird when I left.

The Villareals’ home, with Max and Hugo studying peacefully in the living room, felt like a sanctuary to return to.

Even though Max and his dad will sometimes yell or say hurtful things, we understand that Max is just letting off steam, and that Jacques has got some imbalances, so he doesn’t always mean what he says.

With Darin, he meant what he said. I’ve got a feeling that maybe he even means all those hurtful things he said–or at least, his intention to hurt me was real. He really doesn’t want to have to share me as a friend.

I’m not sure I can handle that. I like having him as a best friend–or I did, because of all the ideas that we share. But now, I’m not so sure.

If he makes some kind of ultimatum, or if he continues to hurt me, rather than to honestly express his feelings in a way that doesn’t inflict harm, I might need to let our friendship go.

That would be sad, but I’ve got a lot of other friends, ones who are willing to share me with others and ones who can express their feelings without hurting or blaming me.

I realize that I’ve spent the last three years so focused on college, my education, and music that I really didn’t get a lot of other life experience.

I’m having to make up for that now.