“I knew life with you would be sweet as syrup,” Ren said to Sugar Maple, and they both giggled.

They had an easy and relaxed rhythm to their lives. Sugar was up and out much of the time, hiking through the neighborhoods, woods, valleys, and towns, visiting family and friends, playing music and painting plein air.

Ren tended to stay home. Their house was warm and comfortable. Their garden and yards were bright and secluded. And if she ever wanted to visit, plenty of friends could be found strolling the walking paths behind their house. For an artist like Ren, the quiet life at home was just the thing.

Still, it would be productive, she felt, if she could paint with a group of artists.

She explained her wish to Sugar. “Do you think maybe you could form a club for us, an artist club, so I could paint with some other artists?”

“I’m in three clubs already!” said Sugar. “Any more and I’ll be over-committed! But you could form the club!”

“Sure!” said Sugar. “And hold your club meetings here! That way, I can still come without being an official member! I’ll be the honorary cookie-baker and musical mentor!”

“Who should I ask to join?” Ren wondered.

Shannon SimsFan happened to be jogging by right then. But she was already busy with Cypress’s Greenies club, her own career, spending time with her husband, and running, so she thanked Ren for the invitation and graciously declined.

“Let me know if you all have any art exhibitions, though!” she said. “I’d love to come!”

Sabreene, who was also on a morning jog, was very interested in the club.

“That’s fascinating!” said Sabreene. “Is the club open to all styles of art?”

“Certainly,” said Ren. “And music, too. And even performance theater.” 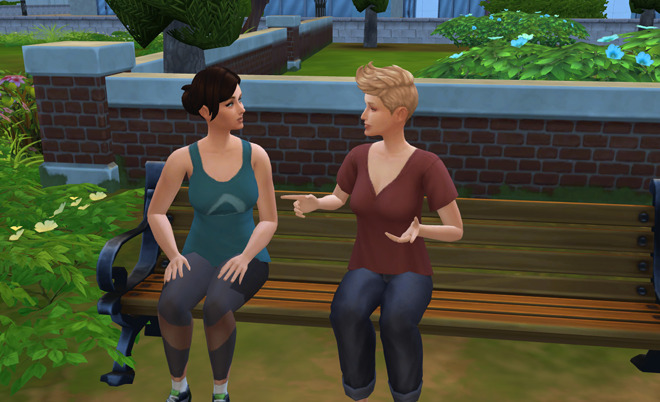 Sabreene was so glad to see that Sempervirens was in her aunt’s club. Sabreene and Vi met often when wandering through the fields and meadows near Vi’s house.

“How are the pollywogs?” Sabreene asked.

“Their tails are getting shorter!” said Sempervirens. “And one has little nubbly back legs already!”

“I met Kitten at Jeffrey Pine’s wedding,” said Sugar. “I listened to her play Liszt all night!”

“I know!” said Sabreene. “Her music is so thoughtful. Inspired!”

On piano, maybe. Kitten had yet to master violin. But Sugar, who has mastered the violin, though not the piano, mentored her. Perhaps Kitten would help her with her piano skills in exchange.

“The phrasing!” Sugar said. “Focus on the phrasing–you’ve got it! Like that!”

Madison, who has also joined the club, was dismayed that the freezer bunny guitar was so out of tune. 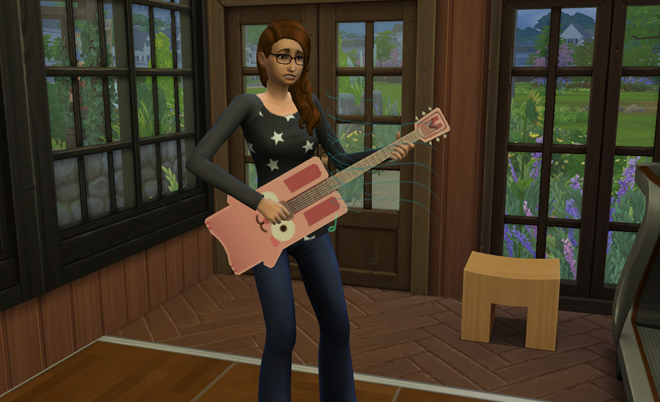 “Have you thought about getting one of those electronic tuners?” she asked Sugar.

With the addition of onezero, the club was complete. 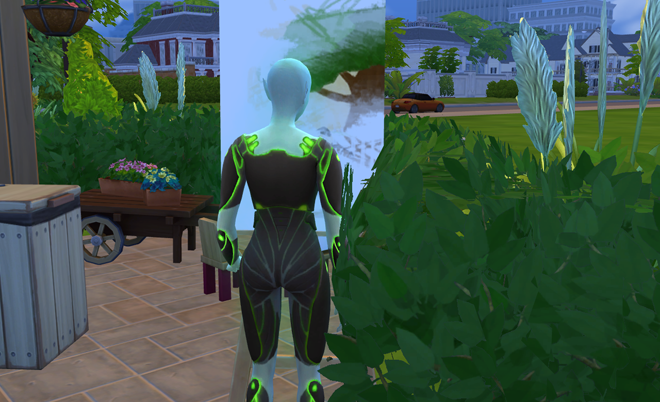 “I just realized that it’s all women in this club!” said Ren to Sugar during a break at their first club meeting.

“That’s OK,” said Sempervirens. “I like girl power. What’s the club name all about, Aunt Ren? What does ‘Painting, with Passion’ mean?”

“It means you paint from all of you!” said Ren. “Will all your feelings, all your intellect, your heart, mind, soul, and body.”

When Sempervirens walked out to her drawing table, she saw Kitten, standing before her easel with the brightest smile–like there were stars coming from her.

“That must be painting with passion,” said Sempervirens. “I get it now!” 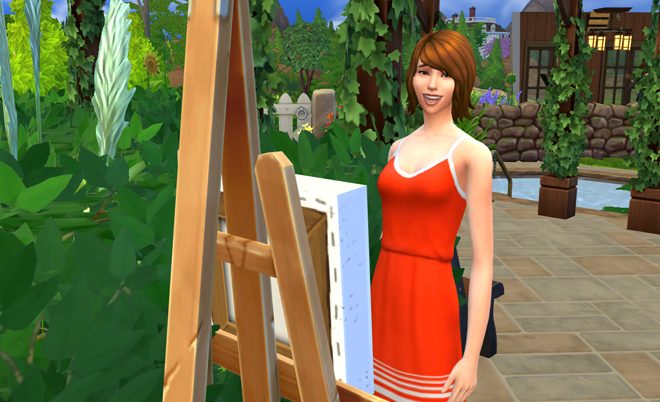 “You did well,” said onezero. “The right inspiration, the right club! And just the right members. Not bad, Renaroonie!” 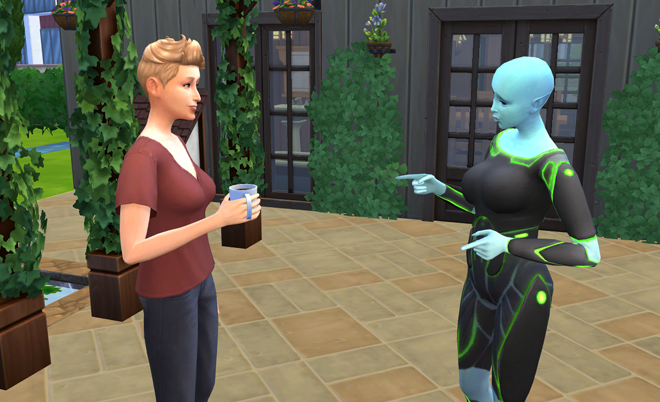 Ren sat with a cup of coffee and soy milk out in the front courtyard. She heard strains of violin, piano, and guitar wafting through. Kitten and onezero laughed at their easels. Sempervirens sang at her drawing table.

For an artist, community is nearly as vital as solitude, realized Ren. And now, she had both! 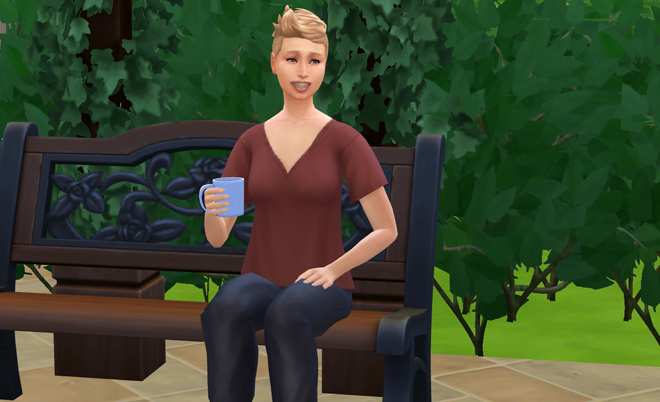