Jaclyn came over first thing the next morning. 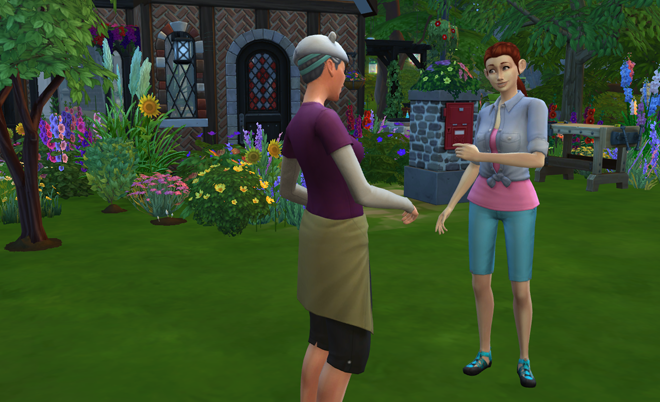 “Yeah,” said Cathy. “I thought you were going to be there! Aren’t you the midwife?”

“The midwife of childhood,” said Jaclyn. “I sent onezero to help with the birth.”

“And she did a fine job,” said Cathy. “But holy cow! That was so hard! My back still aches. I can’t wait to get back on the yoga mat.”

Jaclyn shook as if lightning jolted through her.

“Zowa ka bunga! Did you feel that? The magnet poles just did a somersault, and now the topsy turvy has gone top-right again!” “What are you talking about?” Cathy asked.

“Never mind,” replied Jaclyn, excitedly. “No time for explanations, not that there are any and not that you’d understand them even if there were! Let’s get in there and finish up this putting-right-of-everything that’s already been put-to-rights!” The nursery lay nestled in the quietness of drowsy babies with breath that smelled like breast milk, and Jaclyn settled into the peacefulness of the still morning. Oh, the rightness was even more right than it had ever been!

She well understood the responsibilities that came with her position of ushering these babies into childhood. It was a forever type of bond, with lessons and apprenticeships that couldn’t be rushed.

It was up to her, the fate of each one, and these two, created from the mixing of brightness and shadow, would stretch the very lexicon of rune that she knew.

But she wasn’t worried. What she didn’t know, she would invent. All it took was a quiet mind and an active heart.

She listened. Way far off, fairies sang, too faint for words to be distinguished, but she could hear the feelings.

A dark oak
stands
at a bend in a road.

A stone well
waits
in a garden node.

Bring the two,
Mix them well,
Music and moonlight
and a silver bell.

Now the doubling
Twice combined
Ends the troubling
Of those entwined.

Peace and madness,
Trouble and sight,
Stir with gladness
Make all right.

Florinda looked like a child from Jaclyn’s own home, with her shock of copper hair. She would learn fast, this little one.

Sparkroot smiled with the glee of a wizard’s apprentice.

At this moment, neither child knew anything but the happiness of this wide world, the golden meadow, the bright morning, the sparrow’s song, and their mother’s love. They were freshly hatched from rune.

Jaclyn knew she couldn’t protect them from broken hearts, the cruelty of others, the boredom of busy work, or the sadness of friends, but she could help them remember this.

She cast a quick spell, spoken softly, so only their hearts would hear:

The children smiled wildly, then danced out of the room.

“Look at you,” Cathy said, when Sparkroot skipped up to her in the hall. “Such a little sparkle you are!”