An old photograph hung upstairs above Jaclyn’s bed, left by previous tenants from a forgotten time.

She never knew who the people in the photograph were or why they were important. But two things stood out to her: the the tall woman in the center and the flock of children surrounding her.

This mysterious tall woman seemed somehow distinct from those around her.

When she looked closely at the face, it felt familiar. Could it be a long-lost relative?

Jaclyn had never heard of any of her kin coming to this land in distant times, but she couldn’t deny that something about that figure resonated with her.

Perhaps, every few generations, an emissary comes, infusing rune into this green land, teaching the children ways to keep magick alive. She knew that was her purpose here–perhaps this same calling had drawn a great aunt who laid down the path that Jaclyn now followed. Now that she thought about it, she’d heard hushed speculation surrounding her ama’s aunt, Neticia, whose disappearance posed a mystery. When considered an extension of a family tradition, her own calling seemed more significant, somehow.

Evening or morning, when it was time to meet, Jaclyn never had to call the children to her: somehow, they simply knew to come.

“Ready for what?” asked Jaclyn.

Before they filed inside, Sempervirens ran up to the door.

“I’ll tell the first story,” said Laurel, and she launched into a very long tale about a poodle who had wandered into the South of France looking for the Royal Library. 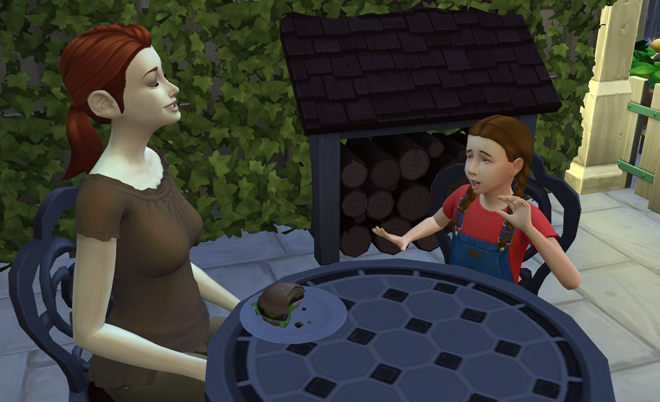 “I know what book the poodle would read!” said Sempervirens. “The Precise Poodle’s Pedestrian Guide to Puddles of Paris!”

After each child told a tale, it was Jaclyn’s turn. She had pockets full of stories, for her father, uncles, grandfathers, and great aunts were forever finding themselves in pickles that they could only escape through intentional acts.

When Jaclyn finished her story about the time her great aunt Bonny befriended not one, but five honeybees and gathered enough honey to sweeten the village’s tea for the whole long winter, it was time for the children to leave.

Florinda Tea lingered at the chess board.

“Can I stay a little longer?” she asked, and she and Jaclyn played chess together late into the evening. 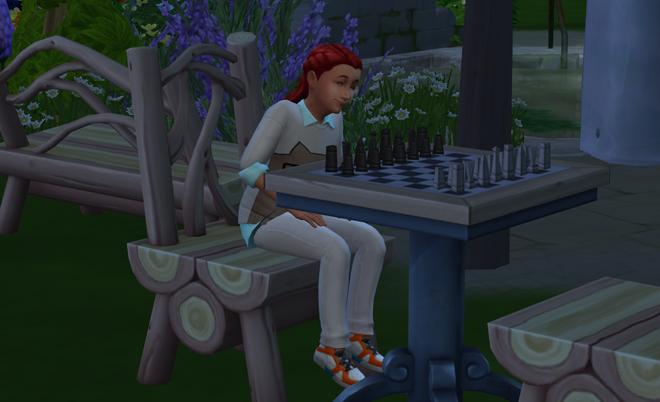 When Florinda came inside, a bowl of herbs and fruit waited for her. 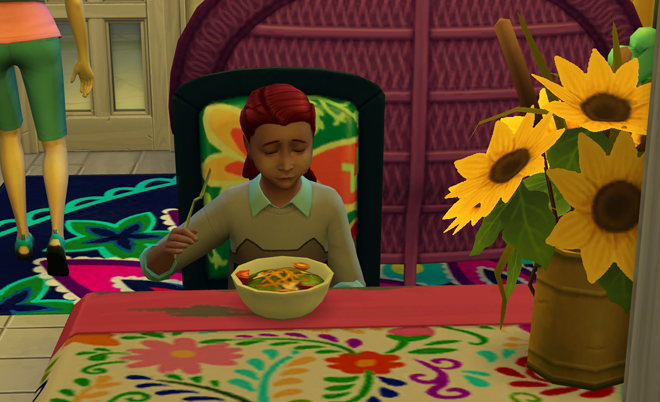 “That’s just at first,” said Jaclyn, heading upstairs to leave the girl to eat her poppet salad alone. “Once it begins to work, you will taste sweetness.”

Florinda knew that her mother had eaten here, the day she found out she was pregnant with her and her brother. Her friend Little Green ate here often, and so did Green’s mom, Cypress. It must be OK to eat food that sparkles a little and tastes a little bitter at first, especially if it tastes sweet after.

When the bowl was empty, Florinda had to admit: poppet salad is delicious!