Tomas stood at the last grave in the long row of tombstones that lined Cradle Rock: his grave. He was the last to die here, so close to making it to the new era when time would shift. He regretted nothing: not one aspect of his long life with Redbud. But he mourned the loss of that long life.

He spent the day wandering Cradle Rock, visiting all his favorite spots, watching Redbud as she went about her day, and then, as night fell, he returned to Cathy Tea’s.

“Not sure, exactly,” Sparkroot said.

“We were playing outside after dinner, and we heard this weird whirring sound,” Sparkroot said. “You ever see one of those big lit-up frisbees in the sky? It was one of those!”

“Ah, I see!” said Tomas. “I don’t suppose your mom headed over to check out the lights.”

“Yeah,” said Sparkroot. “That’s just what she did. She told me to go inside and wait for her, and she went out front to take a look, and then the whir noise got louder, and then by the time the noise was gone, I couldn’t find Ama! You think she’s OK?”

“Yes, I do,” said Tomas. “Not to worry. It’s happened to a lot of us. She’ll be back safe and sound and all the wiser. Where’s your sister?”

“She’s at Little Green’s home in the big meadow.”

“Think I can use your Wishing Well again?” Tomas asked Sparkroot.

“Sure thing,” said Sparkroot. “Just be careful what you wish for. That’s what Ama always tells us.”

Tomas had a good feeling about his wish this time. He felt so much more sure.

He tossed in the bag of coin for his donation, and as the white light of gratitude shone up, he felt confident. His intentions were set: they were right. 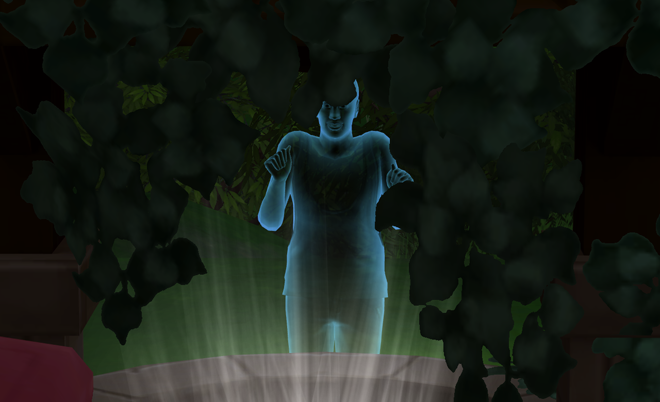 He knew this wish was for the best. Let it happen!

Green light shone out: green, the color of life, living, and growing things. His hope grew. 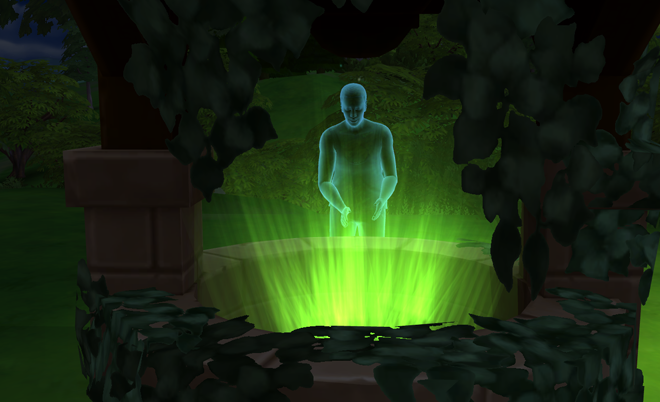 He felt the white helix surround him. The tingling was less extensive than before.

And then it faded. No change? After all of that? After the pure setting of intention and the clarity of thought and wishing? And, nothing?

There was something. He felt a round bump in his pocket, like a pebble. When he took it out, he saw a seed in the shape of a skull. It looked like something he’d seen in an old illustrated book: the seed of the death flower.

It wasn’t what he’d wished for, but at least his wish left him something in his pocket. 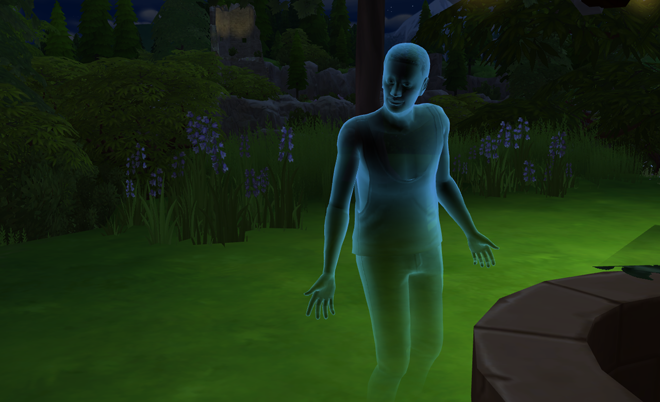 He didn’t want to leave the the children while their mother was still gone, so he found a book inside and settled down to wait.

Late at night, Florinda straggled in.

“You’re home, I see!” he said. “And how was Little Green? How is my granddaughter?”

Tomas heard all about the mischief and games that Florinda and Sempervirens got into that day. While Tomas was tucking in Florinda for the night, he heard the whirring sound.

The saucer circled, then hovered over the house, sending down its beam of light.

And Cathy Tea slid down the beam, landing without even a wobble, as if she’d done this a thousand times before. 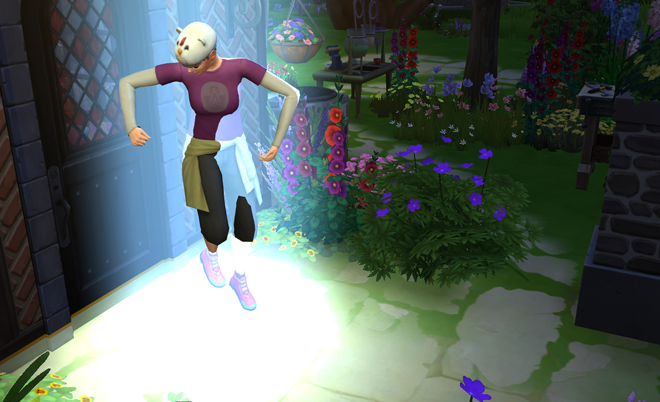 “Yeah,” she replied. “It was fine. I was just catching up with onezero’s thousand. They left a message for me. In fact… oh, forgive me. My mind’s a little groggy. All that travel. I haven’t caught up with myself yet. Let’s see. They said… Oh! They had a message for you!”

“Yes! For you! They said, ‘If at first you don’t succeed, don’t at first give up!’ And then they said something about the power of two and all of that. It’s a little beyond me at the moment, but there you have it!”