Most days, Emiliano Zorelo felt far from home. Never mind that El Colectivo de Barrio owned the small house and café that he, as representative, ran with a proprietor’s rights: he still felt like el extranjero. On a lucky morning, he’d catch a neighbor’s 1987 VAM coupe drive past, and while he listened for the backfire, he felt, just for that instant, like he was a kid on the streets of the pueblo once again. He’d come to Newcrest carrying the collective’s dreams. They were confident that theirs was the best coffee in the world–at least, as every cupping revealed, there was no better. Earthy, caramel, chocolate, with a hint of malt–that’s what Cesar’s coffee from the north slope was like. Oscar’s south slope beans offered notes of citrus and cinnamon, with robust woody overtones.

As Emiliano was the only member of the collective without a farm, he was the natural choice to run the café and store. He was the one with the MBA from Universidad Regiomontana, after all, and his was the vision behind co-operative principles which they’d adopted.

There were days, though, when he had to wonder if his vision was completely misplaced. He felt like Tio Taco among the gabachos.

Somehow, he hadn’t pictured that the café’s regulars would consist of the power elite.

He and his comrades knew that shade-grown fair-trade coffee was trendy, but they’d thought that it was popular for what it stood for, the environmental and political ideals, not merely because the materialistic foodies loved it for its status and flavor.

He’d expected to see liberals, environmentalists, and lefties at the café, like the crowd he’d hung with in college, those who were getting their MBAs in order to redefine business to empower the laborers who’d been denied for too long. 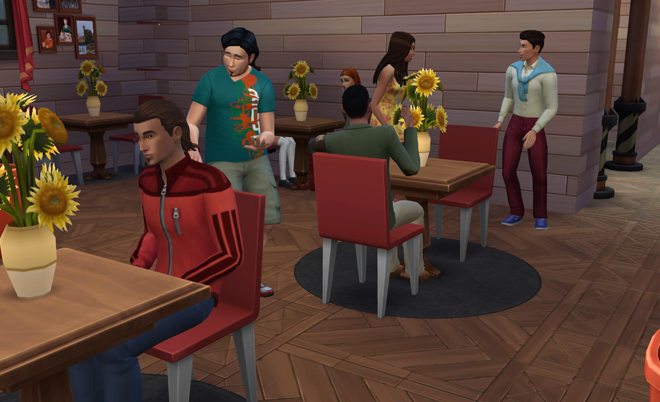 And here he was, supplying the coffee grown by the dreams of his compadres and the warmth of the sun of home to the very group that, historically, had been doing the denying all along.

It was hard to get into what they were saying, when their conversation consisted of corporate ventures, venture capital, firewalls, network security, and leather footwear. 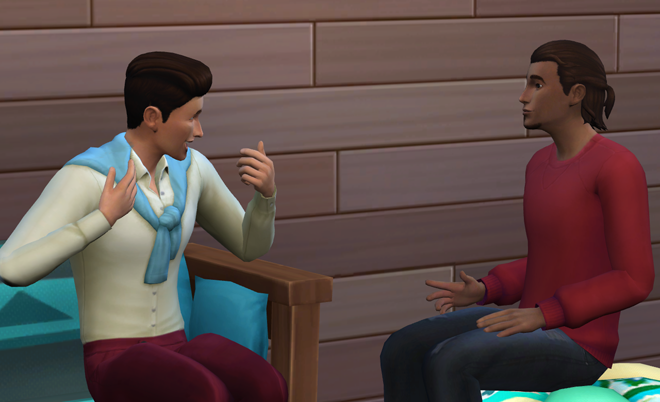 It was hard not to feel a little hemmed in when they they filled the café with their bright voices.

All that talk about real estate, stocks, investment portfolios, new cars, new houses, new clothes, electronics, technology, i-Pads, minis, maxis, motor week, and he felt that Cesar and Oscar’s beans were nothing more than another commodity.

And that’s exactly what they were. Even if the profits were shared among the farmers and the laborers, coffee was a commodity, and he was here, doing what his ancestors had done for generations, supporting the habits and pleasures of the colonists. 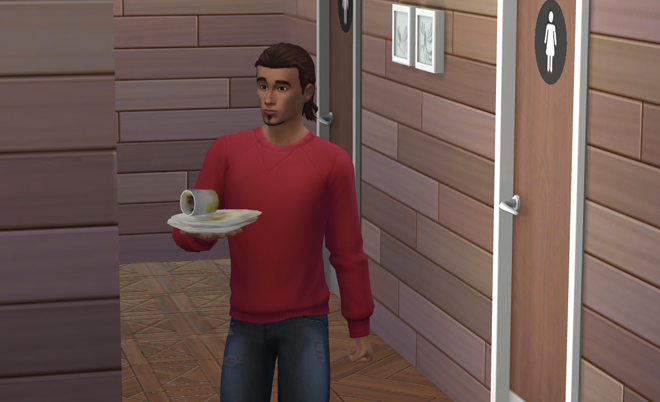 He was a very long way from home, and his patrons carried their moneyed selves right on back to his living quarters. “Mi casa es su casa, right hombre?” Sure thing, taco man.

Even his dreams filled with stock quotes, corporate gossip, and golf scores.

He and his brothers, cousins, and neighbors had formed the collective to serve each of them and their families, and here he was, with his shiny MBA and his co-operative ideals, serving the rich, como en los viejos tiempos. Life sucked. 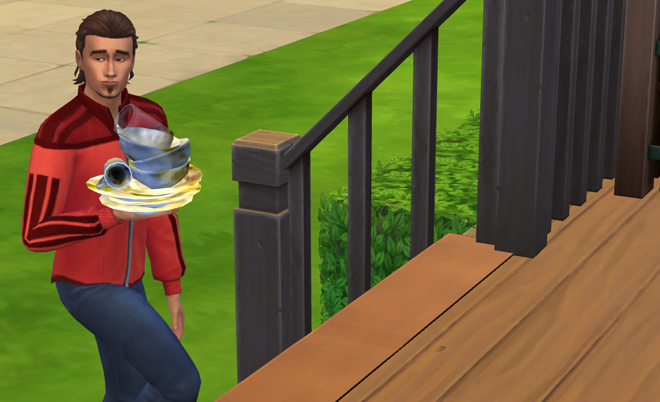 One morning, his regular barista didn’t show. The service company he contracted with sent an old guy who barely seemed to know his way around the espresso machine.

“I see you’ve got the boss working for you,” said Sandra, one of the regulars that he actually liked.

“You know him?” Emiliano asked.

“Sure,” she replied. “Everybody knows Mr. Landgraab. Must be a training day.” 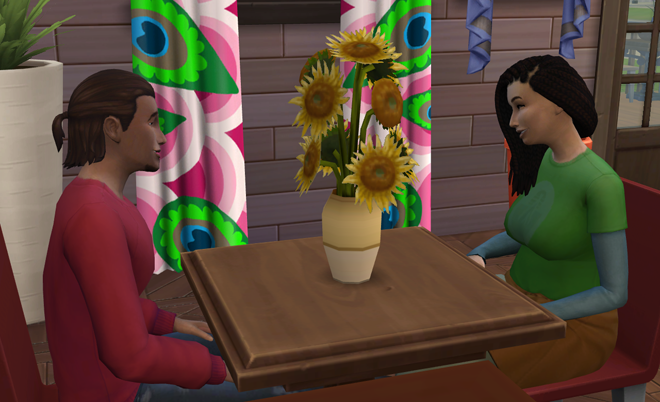 Sandra explained that once a week, Mr. Landgraab, corporate head of Landgraab Service Contracting Specialists, covered for one of his employees, so that the employee could attend a training day in order to be qualified for a better position within the company.

“It’s his way of paying it forward,” Sandra said. “He wants to make sure that everybody gets a chance to move up.”

Emiliano had heard about this management strategy at the university–in fact, they’d even implemented it in the collective, so that the field hands would have the opportunity to learn accounting or other office skills.

It was a good idea–and it might have been even better if the boss actually had the technical mastery of the workers he subbed for. 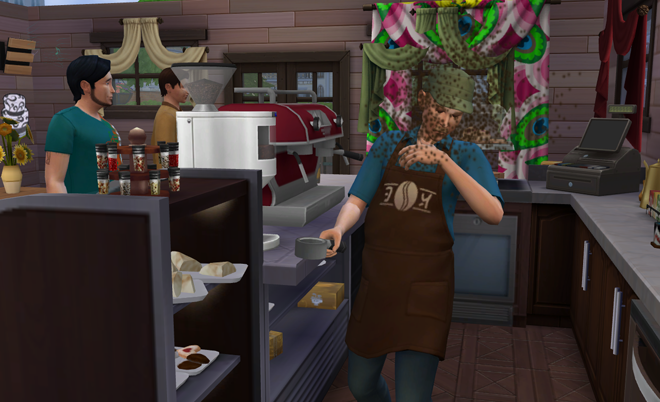 Emiliano’s attitude picked up a bit after that. A few conversations with Geoffrey Landgraab, along with a few training sessions for him on the Nuova Simonelli, and Emiliano began to feel that he had maybe found a comrade.

“Ah,” said Geoffrey towards the end of his shift, “there’s our man.”

He waved towards Alec Dolan, the Green’s candidate, who danced in the corner of the store to the mariachi music from home that Emiliano played over the speakers.

“You are a Green?” Emiliano asked Geoffrey.

Geoffrey laughed. “Much to my wife’s chagrin.”

Emiliano knew about Alec’s platform–¡Qué mierda! The collective even contributed to his campaign! His environmental stance matched theirs. Of course, he was pro-labor, too, but it was his stance on education reform and “organic, integrated learning processes” that really motivated them to support him.

Now here was the type of person that Emiliano had hoped to serve when he had first dreamed of opening the collective’s café in Three Rivers. 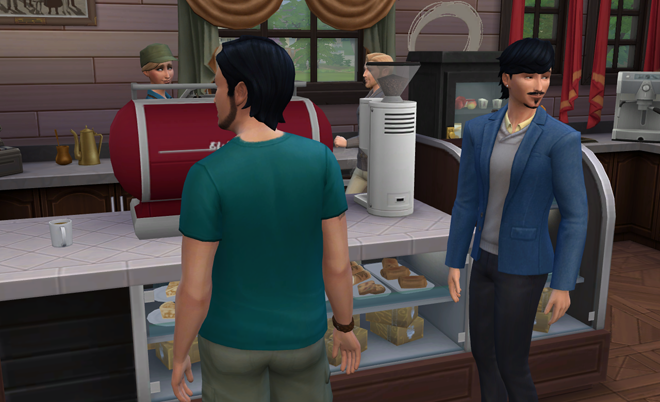 Alec was a good dancer, too. Most of the gabachos looked awkward moving to the rhythms of home, but Alec’s steps were suave. 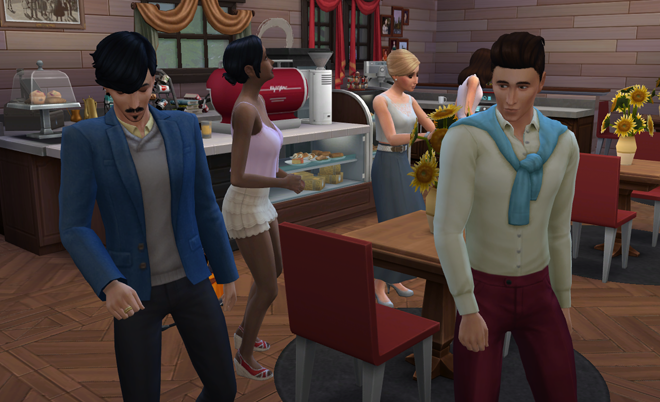 In fact, he was un tipo muy bueno.

“Ah, sí! La música es dulce.” He spoke Spanish, too– with a French accent, but it was Spanish all the same.

“What do you say, Huntington?” Alec called to his friend. “We shall play this at our next rally, non?”

“Huntington is a Green?” Emiliano asked.

“Not really,” said Alec. “He is the spy for the Conservatives! But we welcome him nonetheless. Isn’t that true, mon ami? We hope to convert him, or, as he would say, corrupt his capitalistic mind.”

Emiliano found Alec’s style refreshing. He was friendly to all, regardless of their politics. 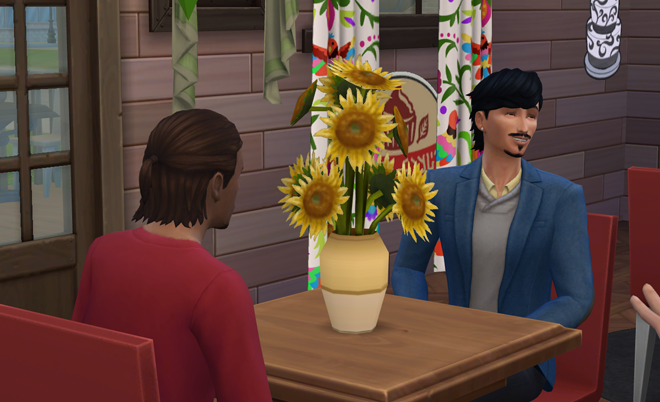 One Saturday, Alec showed up in the barista’s apron.

Alec laughed. “Oui! The candidates of the political races must eat, too. This is my day job, the slave for the Landgraab Service Empire.”

Lo que es un mundo extraño when the laborers were the political candidates, when they danced with the opposition, and when their bosses supported their causes! Emiliano realized that he might need to rethink everything that held up his world. He was still a long ways from home. 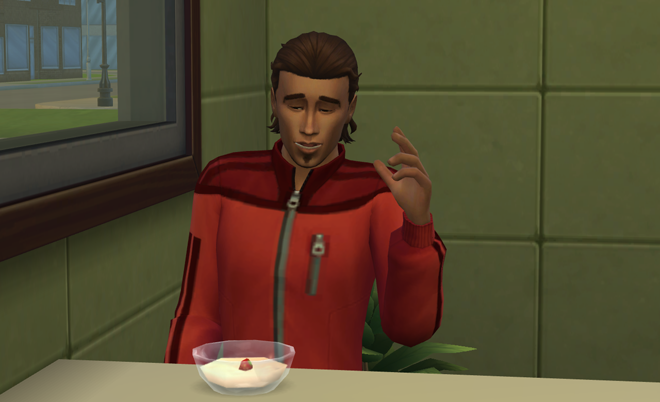