This story was written for the June 2016 Monthly Short Story Writing Challenge held by our writing community at the EA Forums. If you write SimLit, we’d love to have you join us! We have a new challenge each month!

This was the summer Jade Cahill would hear from herself.

During a life on the road, she had, every nine years, paused to write herself a letter, enclose it in an envelope with a photo, and drop it off at the nearest solicitor’s office. In her vagabond life, this gave her a way to look back on her tracks.

“Send it to me at the beginning of the summer of 2016,” she instructed the attorneys. “I’ll be turning 70 that July. I have no idea where I’ll be. But my agent will know.” She left them the address and phone number of Country Roads, Talent Agency, Ltd. 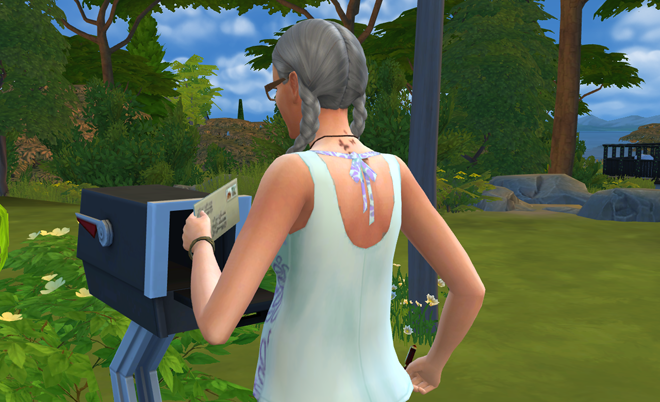 It was a “heart attack”–the euphemism for an OD. Thirty years with me harping on him to slow down, sober up. Did it do any good? Now the world’s down one singer, and that black hole has opened up inside of me.

Well, you know this. Remember? I sang at his funeral, danced at his wake, and got the inheritance check, along with the copyright to his recordings of my songs. It doesn’t make up for nothing.

I’m stuck in Newcrest for the summer, performing at Stardust Lounge. What a bust. If I could, I’d hitch up to Granite Falls, just me, a backpack, and Jackson’s guitar.

I haven’t heard from Davis in six months. Guess he’s pretty beat up about it, too.

Hang in there. Does life get better? You can let me know.

She had a few days before the next letter arrived, and she needed the time. She kept seeing Jackson’s dark eyes–shining with youth, shining with booze, shining with drugs, and then that dull and empty gaze he’d get, after the roadies had loaded up the vans and it was time to hit the road. That was when she’d turn and head the other way.

What if she had stayed, tagged along, been his number one groupie?

She wouldn’t have written as much, that’s for sure. But maybe those black eyes would shine on.

The next letter came. It was the first one she’d written. 1975–she was a child, 29, and she thought she knew so much.

He asked me to go with him to San Francisco after we finished playing the festival in Humboldt. I couldn’t. I didn’t have a gig there, and I won’t be a groupie.

“Not a groupie–my songwriter,” he says. But when I’m standing on the side of the stage, receiving his slanted glances, and all the hippie chicks in the front rows are dancing arms-up, hang-loose swinging, I’m just another groupie. Not me.

I came to Granite Falls instead. I’ve got a new song swirling through my mind–I can’t count on “Summer Man” to stay on the charts forever. This song–maybe it’ll be a hit, if Jackson covers it. But even if I gotta sing it myself, there’s something about “Granite and Pine” that’s gonna last. It’ll be a classic.

God… this was all about me. How are you?

That song became her anthem:

Head down that road,
Pass through the gate. 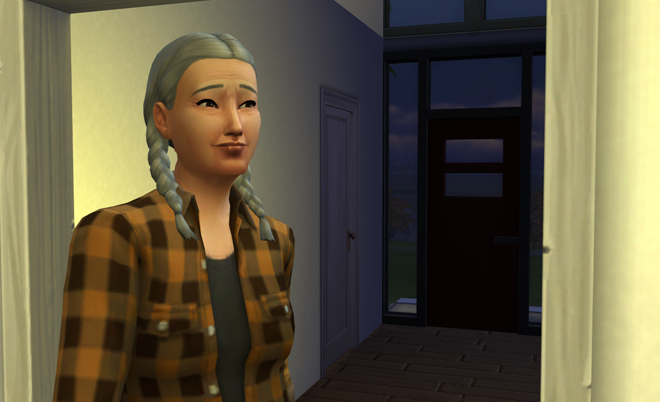 She’d traveled fifty countries, played dozens of cities in each, and she couldn’t remember all the towns she’d sent letters from.

The next to arrive came from right across the bay. She could’ve taken the ferry to pick it up from the solicitor’s office. 1993–she’d been 47.

Coming to Windenburg felt like coming home. Must be an ancestral memory–or a past life! Dad always said his people came from here, way back. Dad. It’s been nearly 30 years without him, going on 50 when you get this letter. I still got that pain in my heart sometimes–do you? It’s not a constant, but it’s there.

They say the hardest thing for a girl, at any age, is losing her dad. I’ve never faced harder.

Enough melodrama. Davis and I took the ferry out to the island, and I found a plot of land for sale. Davis says I should buy it. I’m seriously considering it. Maybe when I retire, I can build a home there. What do you say? Is this our someday home?

Until then, I’ve got a few more weeks I can kick it around Old Town, then Davis heads back to L.A., and I’m going to Oasis Springs for the Desert Monsoon Madness. Rumor has it Jackson will be getting out of rehab in time to be there. At any rate, I’ll see Stevie and the boys from the band. 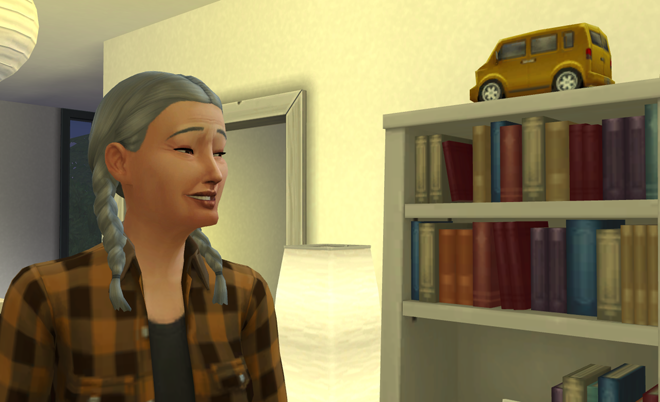 Buying this plot of land was probably the best decision she’d made. She used royalty money to build the house–it was small but modern, and it suited her well. At any time, she could close it up, hook up the storm shutters, and take to the road again, knowing that home was safely waiting for her, nestled in the island fog. 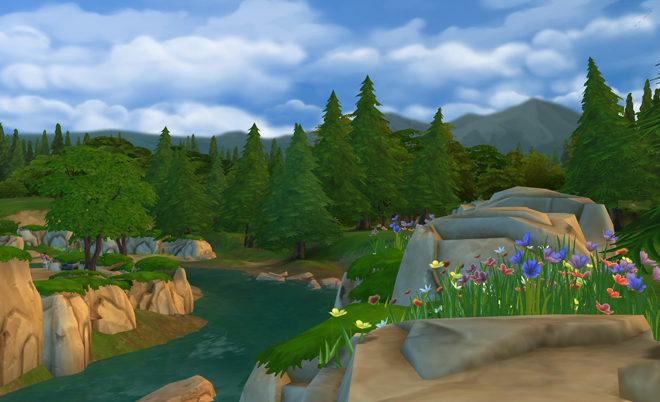 Song Fest was bangin’. Do you still remember that high we felt when Jackson sang “Granite and Pine,” and everybody danced and sang along? Then the silence that surrounded his guitar solo. He would have Davis pull me out from the sidelines, where I was listening, tears in my eyes. And the crowd roared. That, I can do without. But to hear Jackson sing my songs–I can live on that for a long time. I keep telling him, “If only you’d sing sober, you’d make the angels weep from beauty.” But he laughs and pulls me in for a sloppy kiss, slaps my butt, and takes another hit.

I watched him, Davis, Stevie and the boys head to Monterrey on their own. I stayed. I want to see Willow Creek. I met some nice folks here that say I can crash at their place. I like drinking this humid air and smelling the magnolia blossoms.

Davis says I should settle down with him, seeing as Jackson and I keep doing the same circling dance together and apart. I can only smile. A life with Davis? Picket fence, anyone?

You know how it all turns out. Was it worth it? Did I make the right choice?

Back then, choices didn’t seem to matter. They were all immortal, every single one of them, and with infinity ahead, there was time for fame, time for travel, time to put off everything but the next song, the next gig, the next party, the next stop on the road.

By the time she wrote the last letter, she understood more about living on a track that ran straight to its end. 2011, and she was 65.

In five years, you’ll get all these letters. Your whole life in words. Did we write out your soul, all these past versions of us? I don’t remember anything I wrote. Nonsense, most likely.

I’m back home for the 18th Annual Desert Monsoon Madness. They’re doing a retrospective of my work. Davis is flying in to perform his covers of “Granite and Falls” and “Summer Man.” I asked him not to play Jackson’s guitar solo. He’s gonna do a harmonica riff instead.

I haven’t seen Davis since before Jackson checked out, though I keep bumping into Stevie and the boys, each one of whom is now an old coot.

It’s been a long haul. No one much notices an old singer unless she’s the one on stage. But I find it a blessing to roam this earth without being seen, cloaked in a crone’s invisibility. I’ve been able to pick up on a lot.

Catch ya in five…

Jade folded the letter and slid it back into the envelope. Davis would return from his evening walk soon, with a basket full of wild chanterelles and chives for their supper.  Time to decant the wine and light the grill.

A life of wanderlust, and what wisdom had she learned? Not much, but enough. Everywhere you go, you’ll find strangers who will befriend you and friends who will forget you. Beauty is beauty, whether the light glances off a desert cliff or filters through the mountain pines. Love is love. It doesn’t matter, in the end, who you love, just so long as you love.

She didn’t need to learn all the answers in this life of roaming. This handful was enough.

Author’s notes: This story owes a debt of gratitude to Makplays/Pegasus143 (“Mackie”), whose Sim, a young Jade Cahill, was featured in one of the sets screenshots for the April story challenge. This story is a follow-up to “Summer Man,” the story I wrote for Mackie’s screenshots. Mackie kindly let me use Jade for this story, and I aged her up to the beautiful elder featured here. In addition, in a recent Book Club Coffee Hour, when we were talking about Mackie’s “Letters to My Younger Self,” Mackie asked us if we would consider writing to our older selves. A few days after that conversation, I found myself thinking about writing this story. Thanks, Mackie, for the Sim and the inspiration!

The beautiful house that Jade lives in, The Red Home, was built by TheKalinotr0n. It’s eminently playable!

If you’d like to write to your future self, you can use FutureMe.org to compose a message that will be emailed to you at a future date of your choosing. Might be an interesting way to follow your tracks!