Rory and I had so much fun at her surprise birthday party that we ended up talking all night. We were still talking when the kids woke up and came in for breakfast.

“Oh, what a birthday!” Rory said. “I guess I really should head off. Thanks kids! I had so much fun!”

I walked Rory out and then made the rounds to check on everybody.

Not all the kids had made it to bed: Cadence fell asleep in the bath. I woke her up, wrapped her in a big fluffy towel, and trundled her into the bunk house to finish sleeping in a warm, dry bed.

Blake was in the crow’s nest on the pirate ship. 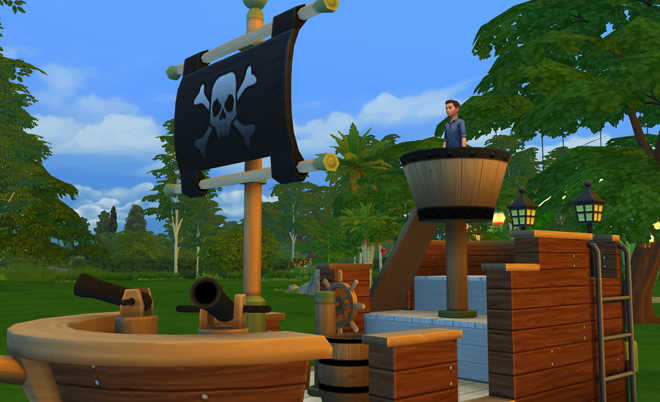 “Landlubbers!” he called back.

“Not your sawed-off cannon!” he said, as I aimed an old branch at him. 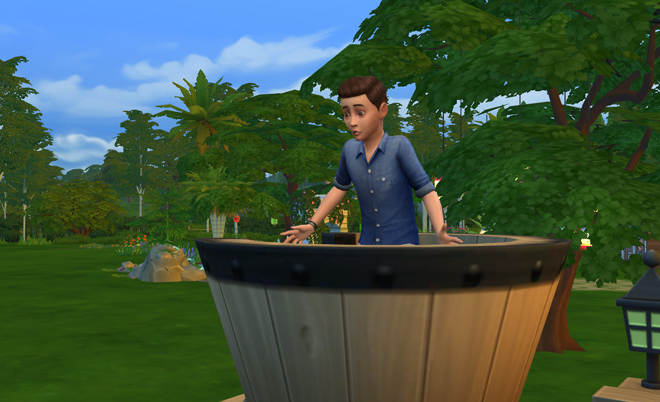 “None other!” I shouted.

“Red alert! All hands on deck! Prepare for boarders!” 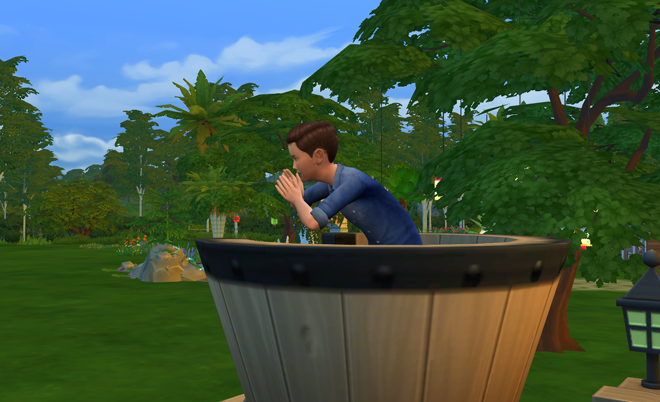 “Eh! I’m just comin’ up fer a cup o’ tea. You got any Darjeeling for an old salt who’s worth her salt?”

“I’m afraid not,” said Blake. “No indeed. It’s a trick, and we’ll have none of it. You and your old Trusty Pete of a cannon just get yourselves back to your old dinghy and row to shore, Landlubber. We’ll not be boarded! No way, no sir!” 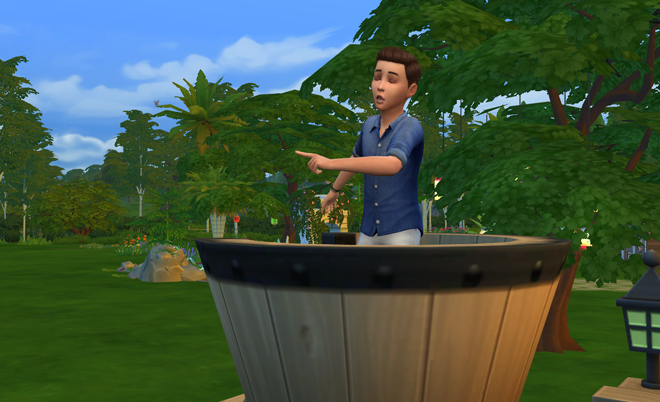 He makes a great sea captain.

Waikiki had climbed to the top deck of the tree house, where she was staring down the llama.

“I’m just imagining what will happen if I pull that red stick,” she said. We looked together. “See those orange and blue sticks resting on it? They’d come down for sure, and then, topple the llama!”

I joined Tre for a mid-morning snack.

“How’s life as a camp counselor suiting you, Tre?” I asked. 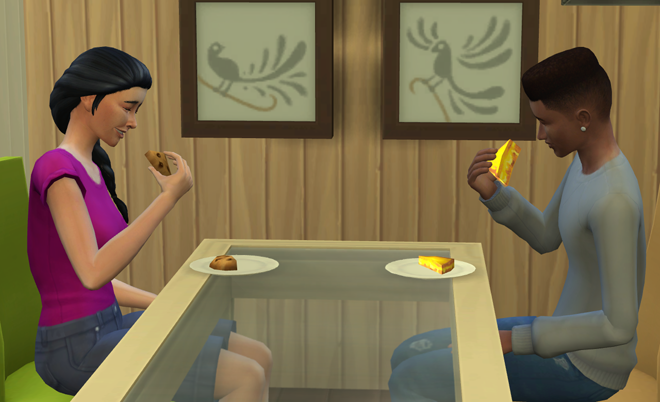 Just then, both boys, the big one and the little one, looked like they missed their moms.

“Nothing like mom’s cooking,” I said. “What shall we make for supper?” “For breakfast, lunch, and dinner?” I asked.

Blake smiled. “Yeah! That way we won’t miss Mom’s cooking because Mom never lets us have it for three meals in a row!”

“I love grilled cheese so much. Maybe I should change my aspiration,” said Tre. 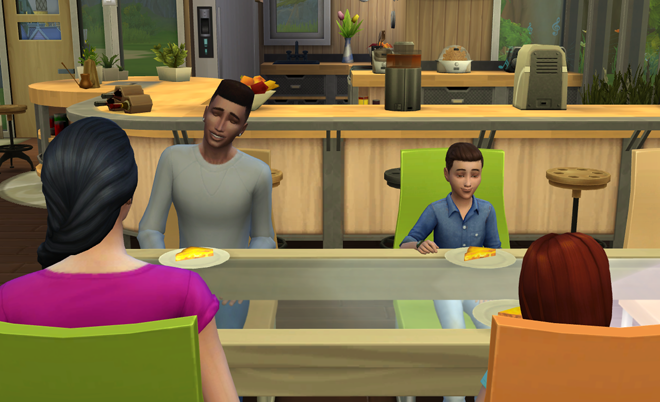 “Now how do you know about him?” Tre asked.

“I told him,” said Hahon. “He’s only the most famous Zombie ninja-fighter there is. Plus. Grilled cheese.” 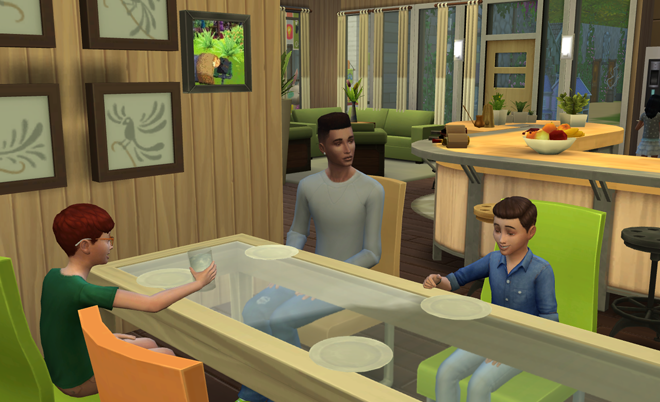 “He’s a fictional character,” Tre said. “You kids can’t believe everything you read on a blog! There’s no such things as zombies, for one thing. And even if there were, there’s no way a zombie could ever defeat a ninja. It’s just not humanly possible.”

“Yeah, but a zombie’s not a human,” said Hahon.