The morning after Marigold’s graduation, Bobobo asks me to make another one of those orange solutions.

“Another dichromate cocktail?” I ask. “Who for?”

“For Mari and Riley, of course!” he replies.

I hand him the mixture after it’s done and follow him downstairs.

“Are you sure this is going to work?” Marigold asks him.

“Positive,” he says. “And I didn’t put in as much of the you-know-what, so it shouldn’t even burn going down.”

We see the same explosion of purple fumes. 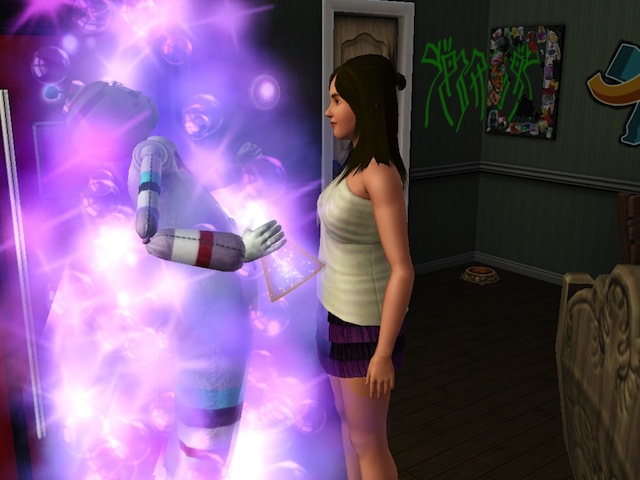 And when they dissipate, standing there, facing Marigold, is a beautifully adorable young woman. 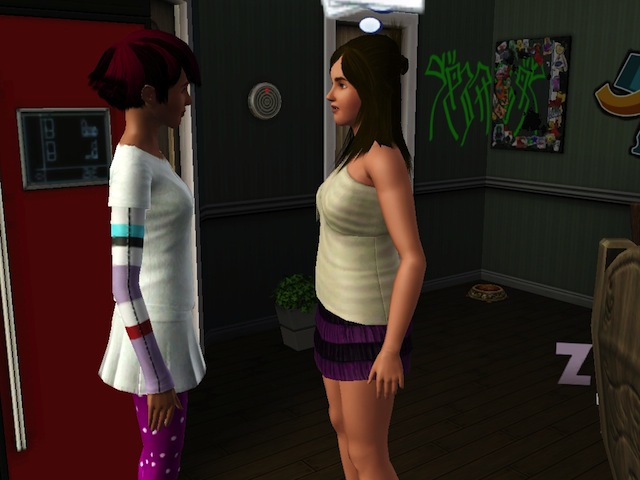 Marigold and Riley share a soulful look. I feel grateful that this is my daughter’s friend.

Wanting to give them space to become acquainted in this new aspect of reality, I head back to the garden, followed by Zoey. We play tug of war.

And then, I begin to feel light.

I experience my own transformation, as if I’d guzzled the dichromate cocktail.

When I see the Reaper, I understand.

The aches in my knuckles are gone. That steel band wrapped tight around my chest since Frank’s passing has been unshackled. I feel no constriction, no restraint.

Now I understand the smiles on Chauncey’s and Frank’s faces!

“Thank you!” I say to the Reaper. “You let me see my daughter’s graduation.”

The Reaper clears his throat. “Like I said, Timing is not up to me. But also like I said, sometimes I have a certain influence. Very Influential.”

I shake his hand.

I am ready. My friends wait for me. This new form feels so much more “me” than that old stooping crickety body of knobby joints and stringy sinew.

I was given the gift of raising my daughter to adulthood, and I am ready to pass over, knowing that my son will be cared for, too.

“You could have come a lot earlier,” I say to the Reaper, “but you didn’t. And I thank you.”

He merely clears his throat again.

I notice that the sun is shining. How sweet, I think, to leave on a crisp autumn day, with frost on the ground, and the sun shining on the orange leaves.

Some say that Death is cruel. Others, that He acts impersonally. But through his influence, He made my wish come true for some reason of His own. Maybe, simply, so that my orphaned daughter might not be orphaned again until childhood’s end.

Before my senses fade to black, I hear Zoey howl. When I look at her, I see she’s calling for me. If I had a heart still within me, that keening yowl would wrap around it and twist it in two. But in this new form, the cries move through me, and I witness, as if from a distance until the blackness comes and all is silent.