“What did you think of the party?” I asked Tanner while we were cleaning up after the guests left.

“What, cleaning up is better than eating cake and dancing and playing games?”

“Yeah,” he said. “‘Cause now I don’t have to be around all those dopey people who take up all the room. It’s just you and me.”

I thought for a moment. This is home now, me and this kid, my boy, Tanner.

When I was a little kid, I was happiest at home, with Mãe and Tia Berry. It didn’t matter what we did. As long as we were at home together, I was happy. We got up early the next morning. I’d set up a spare computer in the study, so while I was doing some writing, he was playing around online.

He kept me laughing with his running commentary. I didn’t, but it had me laughing all the same. 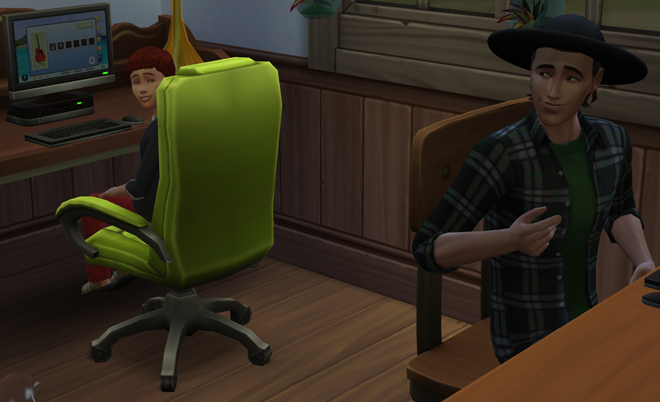 We took a break from computers, and Tanner put on a puppet show.

“So how far can a guitar git?” the girl puppet asked. I guess he really liked that joke. 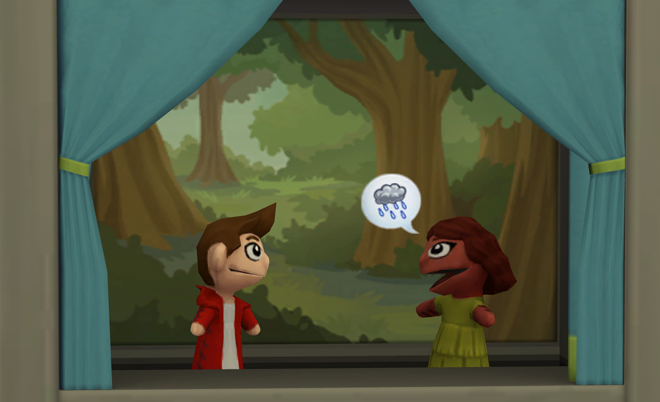 Since I’m writing mostly kids books these days, I figure it’s good experience for me to be exposed to what children think is funny.

I’ve been too sophisticated with my humor, I realized! That’s why my books aren’t selling yet–too much scientific information stuck inside an adventurer’s hat. Next kids’ story I write, we’re filling it with humor, and everything gets Tanner-tested first! In the afternoon, a friend dropped by.

“It might’ve been sudden, but it wasn’t rash,” I said. I don’t think she bought it.

After she left, Tanner and I ate supper, and then I read Treasure Island to him. I hadn’t read this novel since I was kid myself. Reading it to Tanner brought a triple pleasure: I got to enjoy my own memories of the story as a child, plus enjoy it now with my adult comprehension, and enjoy it through Tanner’s eyes.We were both hanging on every word.

After Tanner went to bed, Sonia called. She said she’d been thinking of me. It had been so long since she and I went out that one time, that I’d even pretty much forgotten about our one date. Besides my life had changed.

But she kept insisting we meet up at the diner.

“Tanner’s asleep,” she said. “He doesn’t need you when he’s asleep. Plus you need to have your own life, too. Studies show that it’s healthiest for children when their parents have their own social lives, so that they don’t try to live through their children. You’ll be back before he knows you’re gone!  Just get Elsa to look in on him. Please? I’d really like to see you.”

I told her I’d let her know. I called Elsa, and she said she’d be happy to stay with him while I went out. She agreed that with Sonia that it’s best for children when their parents don’t try to fill all their social needs through them.

“Did Sonia put you up to this?” I asked.

So I hopped on the ferry and took the tram to the diner. I was glad when I got there, for Bria and her date were there.

Bria looked well. Since we’d identified her hypoglycemia, she’s been on a careful regime of diet, exercise, and rest, and it seems to be working.

“I’m so glad you asked me to come here!” I told Sonia. “Thank you! I always feel cheered when I see patients out and about, doing well and enjoying life!”

In a lucky stroke, Bria and her date were seated at the table right next to ours. 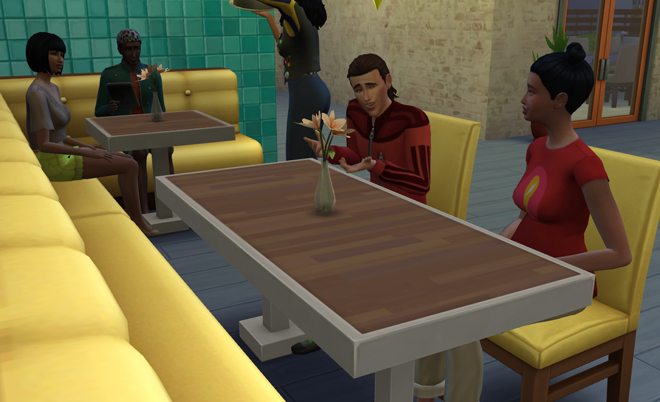 “This is nice,” I told Sonia. “The veggie burger is done perfectly. And how’s your quiche?”

“My quiche is pretty darn tasty,” she replied. 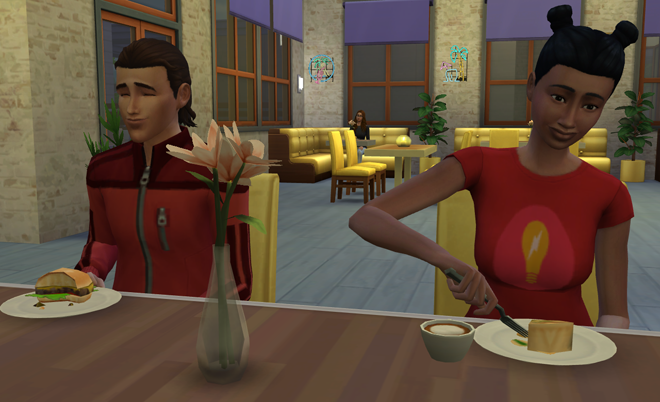 I got a funny feeling at that moment. I remembered how I felt at the moment when I learned that Tia Berry had passed. For some reason I can’t explain, just at that moment I heard a swooshing sound and felt something untie inside of me and release. It wasn’t necessarily an unpleasant sensation. But it wasn’t a happy one, either.

Being a new father, I thought maybe my sudden unease had something to do with Tanner. When I called home, Elsa said he was sleeping soundly.

She started to ask questions, but I told her I’d fill her in later, once I understood what had happened.

It wasn’t until the next morning when a neighbor called that I found the source of my unease. Mãe had passed on in her sleep.