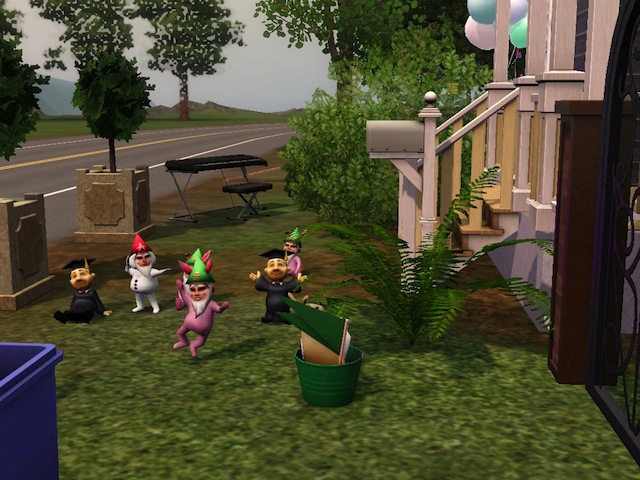 The gnomes may be celebrating my return from university… 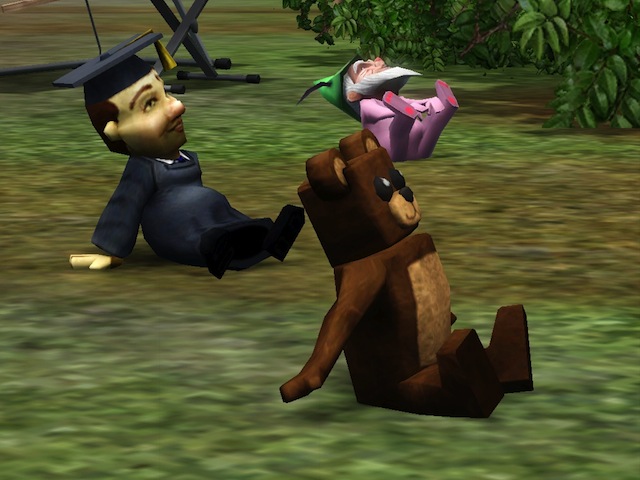 but I’ve come home to a mess.

I walked right into the middle of a fight between Riley and Bo.

“But you can’t keep pranking everything,” Riley was saying. 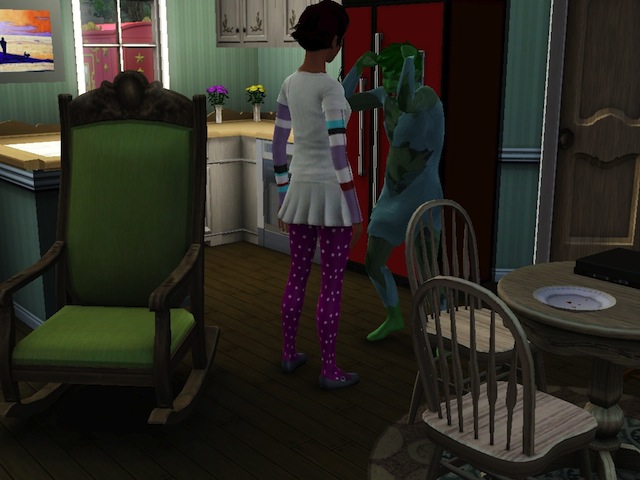 Riley was being so reasonable, explaining all the ways somebody could get hurt.

“But I have to!” screamed Bo. “You’re limiting my self expression!” 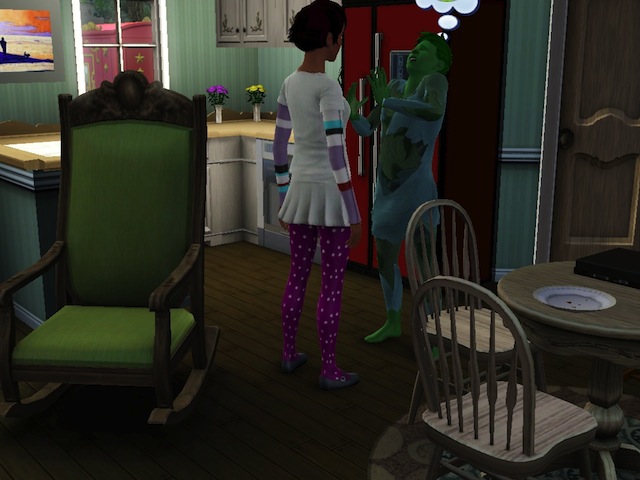 “Thank God,” said Bo. “You won’t believe how impossible your IF has been to live with.” 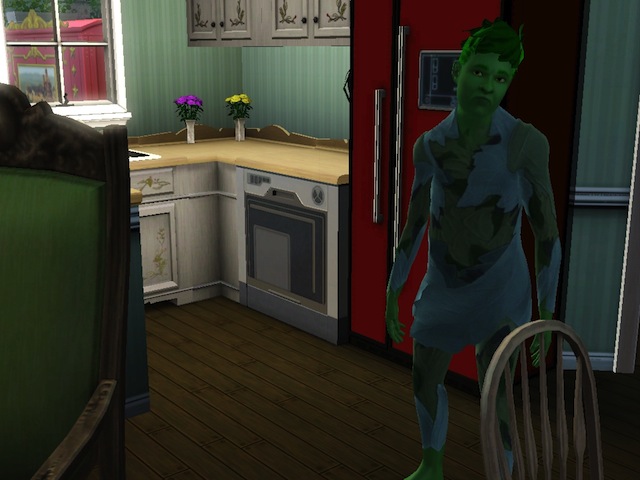 I tried to offer another perspective. “Maybe she’s had reason to be a little strict?”

“ARGH!” screamed Bo. “Nobody understands me! I hate imaginary friends! You’d think, if we imagined them, they’d have some compassion. But NOOOOO! Nobody loves Bo.”

I suggested he head out for a cup of tea.

“Feeling better?” I asked him after he’d downed three cups.

“Hydrated,” he said. “And the phytonutrients are awesome.”

When I was getting ready for bed, I noticed that the faucet in the kitchen sink seemed to be pointing in the wrong direction.

I called Bo over.

“Do you know anything about this?” I asked him. 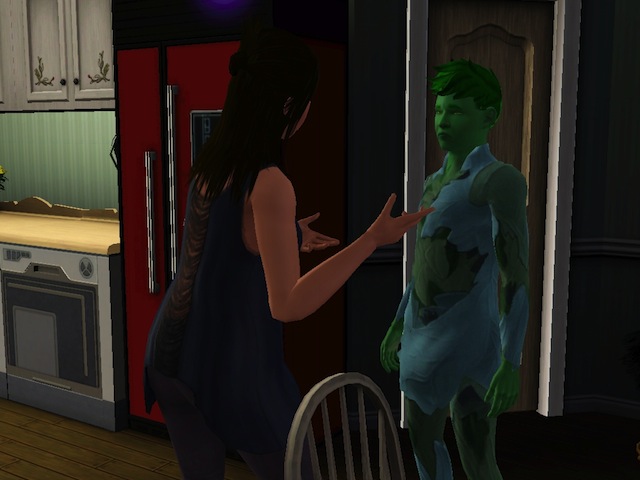 He said he didn’t know sinks from rocket launchers. Then he snickered.

First he denied everything. Then, when I said he’d have to fix it if anything broke, he finally confessed. He’d booby-trapped it. The sink would blow the next time anybody turned it on. 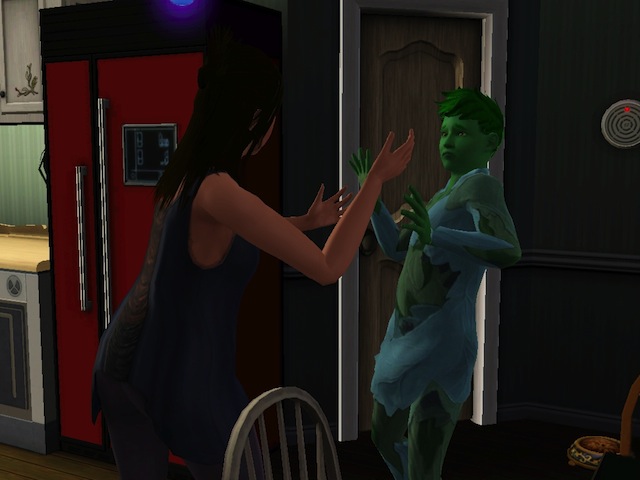 Bo! What’s gotten into that kid?

“The prom is tomorrow,” he said. “Me and Patches were going. Not together. But separately. In the same limo.” 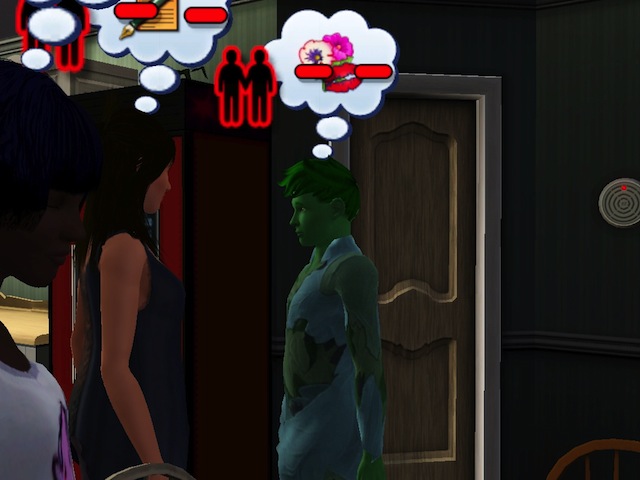 “I just want to kiss the world,” he said, “and then watch everyone die. Poison flower kisses.”

“You’re so weird. I just want to work on my novel.You think I want to spend my evening yelling at you?”

We both started laughing.

He exploded in laughter.

He asked me about all the pranks I did as a teen. I’d only done a few. And I never got in trouble for them.

He said he shouldn’t get in trouble for them, either.

We made a deal: I’d let him off the hook, if he’d promise to clean up any messes that his pranks caused, including fixing anything that got broke.

We shook on it.

“I’m so glad you’re home,” he said. “All I want is a little self-expression.”