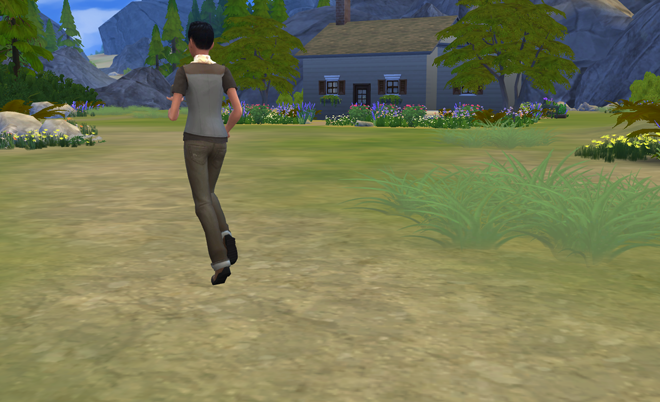 Summer came. I had to do a lot of persuading, but I talked Aadhya into supporting my spending the summer with Ted. I would have gone, anyway, even if it meant losing my place at YOTO, so maybe that’s why she eventually caved.

“But we prefer for the youth to spend the summer here,” she said, over and over. “It works better. You can get a job or take AP classes or even take yoga-teacher-training.”

I told her I had a promise to keep. To me and to Ted.

“But we find that when the kids leave, they sometimes don’t return,” she said at last. “It really doesn’t promote success.”

We fought. And the funny thing was that I really enjoyed fighting! I mean, this is what teens are supposed to do, right? Fight with grown-ups! And for the past few years, all the grown-ups in my life treated me with kid gloves, like I’m gonna break and like they have to “support me in all I do” so it actually really felt awesome to throw around my weight.

Eventually, Deon called and talked her down. Then she was like, “Jazz, we trust you. If you feel this is best for you, go. We’ll see you back before Labor Day.”

And so here I am! Deon drove me and we camped for a few days in the park, and then I hiked up here to Ted’s cabin, and Deon drove back home for the summer. He’ll pick me up in a few months.

It felt great to smell the vanilla scent of the pines, to hear the wind in the branches, and to see Ted again. 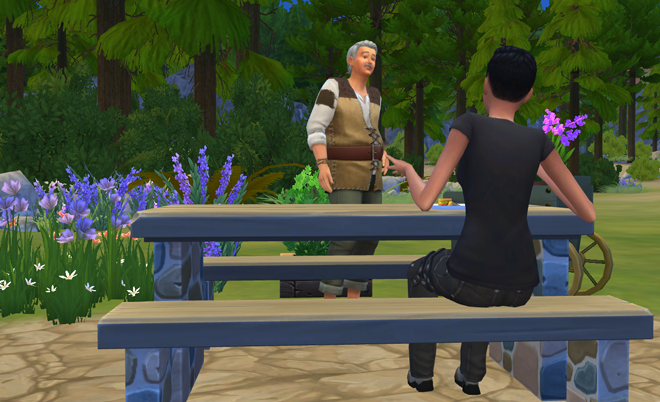 “Well, that’s pretty much the deal,” he joked back. 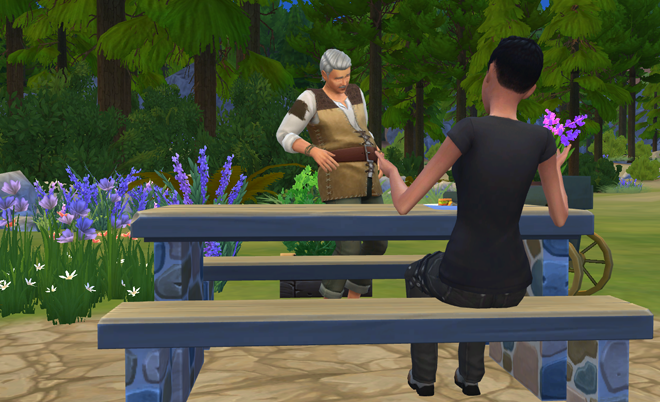 “How was your winter?” I asked.

He had so much to tell me. He read Homer, in Greek, again. 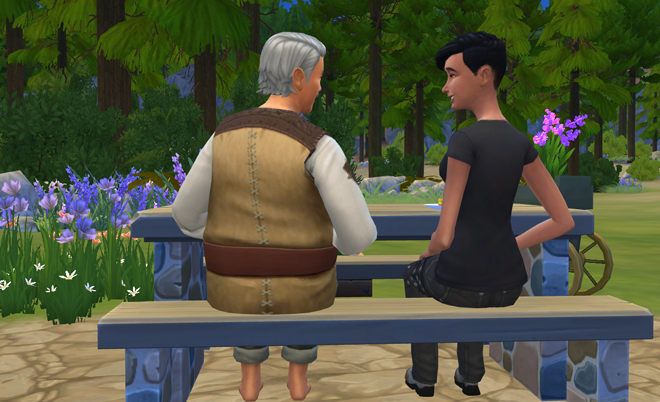 “Truthfully, Starshine,” he said, “making it through a winter is a miracle. You don’t know cold until you live through a winter here. But I’ve done it for a while. There’s so much planning: chopping and stacking cords of wood. Laying up supplies. Doling it out carefully to last until the thaw, or even longer, in case we get a second cold-spell. There’s always a fear of not making it, even if I figure I will. In my bones, there’s that ancient winter dread that settles in, and that, somehow, makes it feel all the more miraculous to survive.”

“I’d love to spend a winter up here sometime,” I told him.

He asked me what I’d learn on my adventure in the world. The way he asked it, he made me feel like I was just as much an adventurer back in the normal world of San Myshuno High as he was living up here.

“You did well,” he said. “You took all you learned last summer, and you brought it back to the world with you.” 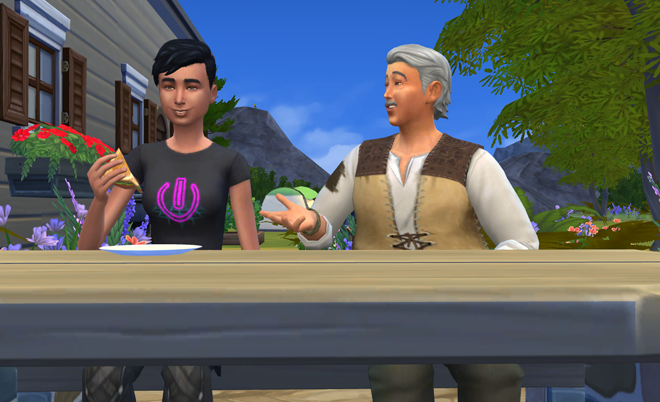 I felt proud the way he said that. It felt like the universe had a plan, and I was part of it. 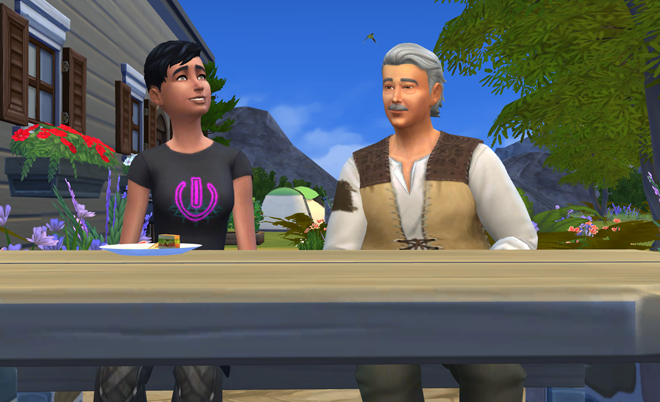 “Do you believe in a personal universe?” I asked him.

“Hell, no!” he said. “The universe doesn’t care about me personally!”

I laughed. I thought he was joking.

But he said he wasn’t.

I don’t know what to think now. I thought that all I’d learned, spiritually, about connection and stuff, was what Ted believed, too, and that somehow I was on the right track, and he was going to teach me more.

But if he doesn’t believe the same as I do, then what does that mean about what I believe? Is it all wrong, what I learned last summer and what’s pulled me through this far? Is it just the magical thinking of a lonely girl who doesn’t want to grow up?

I’m suddenly wondering what I’m doing here this summer. If I have to give up what I believe at heart, then what will I learn? Is it worth knowing something if it supplants what’s kept you going for so long?