Four other kids agreed to be profiled as part of the YOTO fund-raising campaign. After I talked with them, when I was composing their stories in my mind, I felt so drained. What a crummy world that these things could happen to people. Drug addiction. Verbal, physical, and sexual abuse. Neglect. Power and control cycles. Wars. Car bombs. What kind of world is this? How did we even survive?

But then I realized, everybody’s got heartache. Or if they don’t yet, they will. That’s part of life. No escaping it. Even if you’ve got the safest, cushiest life, somebody you love is gonna die someday, and your cushy life will change. Or maybe even you’ll die before you lose anyone you love. And that’s tragic, too.

So in a way, our specific heartaches don’t matter. They’re just more of the same. The stuff of life.

But what we decide to do in spite of heartache and hardship, that matters. And each of us has faced our challenges and decided to do something. 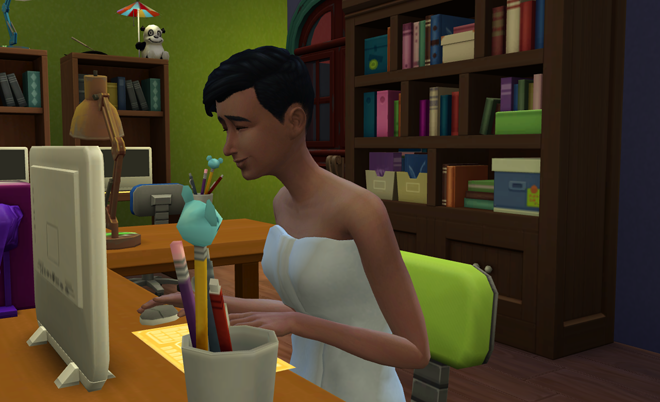 Here’s what I wrote for the overview to our profiles:

If I told you our stories, you’d cry. But tears are cheap. Motivation, Dedication, Inspiration: That’s what costs more. And that’s what YOTO provides by giving us guidance, security, and a place to stay. I won’t tell you our sob stories. Instead, I’ll tell you our dreams and goals. And you can decide if you want to help kids like us find the motivation, dedication, and inspiration they need to achieve their own dreams. Doing this isn’t cheap. But it’s real. It lasts. And it makes a difference.

I was a little surprised that Karim volunteered to be the first one to be interviewed. He’s hardly ever even talked to me. He’s always hanging out with the cool kids, acting cool.

About five years ago, after his family was killed, he left Syria to become a refugee in Jordan. He was one of the lucky ones who got sent to Canada, where a cousin lived. But the cousin was no good, so he fled and eventually made his way down here.

Britney’s been working with him to get papers and official refugee status. She knows people in all the local aid organizations.

“I have faith in Britney,” he told me. “She has taken me to meet all the people who need to be met, in all the offices. We will get the papers, I know this.”

When I asked him what he wanted to do in the future, he said, “Are you kidding me? I want to become a civil engineer. We have a world that needs rebuilding. I want to be one who helps with that job.” 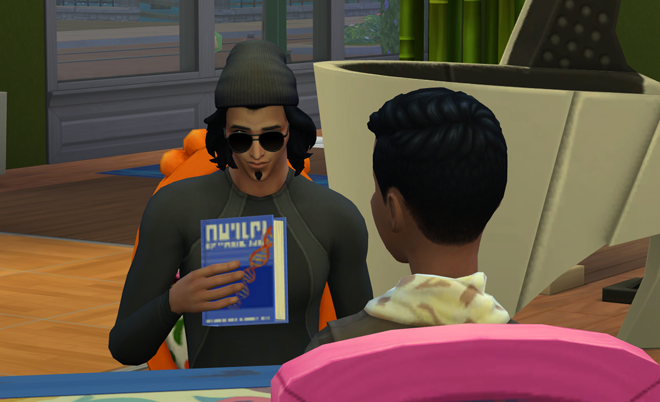 I was shocked when Donnie agreed to have me write his profile. At first he said, no way. He’s on the football and wrestling teams at Oasis Springs High, and he’s one of the popular kids.

“I don’t want them knowing I live here,” he said.

I told him I could understand that. I know what Oasis Springs kids are like. I told him how they treated me when I went to Oasis Springs High, and how I swore never to go back there.

Donnie was quiet for a moment. And then he went all chivalrous.

“You know what? Screw them,” he said. “You interview me. I want to show them that just because you don’t have a home, it doesn’t mean you aren’t a person. My popularity score might take a few hits, but screw it. Who cares?”

It took us a few minutes to get past the bashful feelings.

But then, Donnie really opened up. It’s the common story: his dad died when he was a little kid. His mom remarried. The guy she remarried is a jerk, and life on his own seemed better than what was happening at home.

I know what it’s like when you’d rather be on your own than living with somebody like that.

“I want to go to college,” he told me. “When I was at home, I stopped believing I could do anything. I just believed everything he told me. But Aadhya’s been talking to me. I think she’s maybe getting through. I mean, all sorts of kids go to college. Why not me?”

He’s been working with Clara Bjergsen. She’s an admissions officer at University of Windenburg, and she volunteers here to help us navigate the college admissions process.

Clara says Donnie should be able to get an athletic scholarship–wrestling, not football.

“I want to be a cop,” he says. “Either that or a history teacher. Maybe I could teach at a high school and coach the wrestling team.”

When I asked him why history, he said, “I like knowing all the things that happened before. Most of what we gripe about either already happened, and people somehow figured it out and survived, or it’s something that stems from what happened before. Either way, knowing the past just helps us do better now.” I knew Marquis would want to talk with me for the stories. He’s always been really open about how his mom used crack cocaine, even when she was pregnant with him, and how she’s been in and out of rehab.

“What would you want to tell people?” I asked him. He thought for a minute.

“You can say anything!” I said. At that point, I hadn’t yet figured out how I’d be writing the stories. “Anything at all you want people to know about you, or other kids in your situation, or any of us here.”

He said, “I’ve had enough of labels. You know when I was in grade school they called me a crack baby? I went home and asked my aunt what that meant, because my mom wasn’t there at the time. When she told me, something sort of died inside. I felt how I’d be different always. Somehow, I had this idea that I’d grow up normal, and that what I was experiencing then was just a phase. But that day, when my aunt told me what that meant, I thought it meant I was broken.”

But then Marquis started chuckling. “I found out later they were wrong!”

“I got into the Gifted program,” he said. “It was awesome.”

He did research later and found out that the whole idea that crack babies could never be normal was bogus. Turns out that the biggest thing many kids suffer when their moms are users is neglect. That’s bad enough, for sure, and that’s what eventually ended up causing Marquis to head out on his own. But it’s not brain damage.

“I don’t know what I want to be,” Marquis said. “Lately, I’ve just been into being.”

“But I’m going to college. I’ll take all the classes, and then I’ll decide.” Nadja didn’t want to talk about her past.

“It will get people in trouble,” she said.

“I have seen so much. So many bad things. If I even say anything, people I love will be punished. It’s enough that I’m here, across the border, where I am relatively safe.”

She shifted the conversation to the future. Maybe she’s the one who planted the idea of focusing on our dreams and goals, rather than on the dangers and hardships of our pasts.

When I first met Nadja, she wanted to be doctor. But she’s changed her plans this year.

“I want to go to University of San Myshuno,” she said, “because they have the best social justice program. I’m going to become an attorney, and then I’m going to work for the rights of people who have no one to stand up for them.” When I wrote up the profiles, I began to see an amazing pattern. We aren’t broken kids. We’re kids who’ve had tough things happen. But we’ve healed–or we’re healing. And we’re getting hope. And, each of us, we’re thinking now of ways we can do something to make the world better for somebody, and not just for ourselves, but for somebody else.

This is what I call “The Gift of YOTO.” And suddenly, instead of feeling sorry that I ended up here, I am seeing it as a privilege. Because of what’s happened to each of us, the world’s gonna be a better place. It’s a hell of a price to have paid–but YOTO shows me that we’re strong enough to pay it, and then to pay it forward.