One night, when Stellar was about five, he’d wandered out after Steve and Cinnamon had gone to bed. He had a habit of doing that. Steve said not to worry. They knew all their island neighbors, and there was nothing to fear.

Usually, Stellar came back after fifteen or twenty minutes, and crawled into bed with them, smelling like the night sky. But one time, she waited after hearing the front door close behind him, and he didn’t return. Fifteen minutes turned to twenty. Twenty minutes turned to half an hour. At thirty-five minutes, Cinnamon couldn’t stand any more. She woke Steve.

“We’ve got to find Stellar!”

The pulled their jackets on over their pajamas, slid on their boots, and headed out. The moon lighted the paths. She ran to the beaches, where silver waves lapped the shore. There was her son, sitting on a rock, looking out over the bay.

Steve came up behind her, placing his hands on her shoulders. They watched in silence. Their son stood on the rock, rose his arms to the moon, and sang.

Steve pulled her back to the path, where they sat on a log and waited until Stellar completed his strange ritual.

“I swear that child is Pan,” said Steve.

When their son saw them sitting beside the path, he waved. Without a word, they walked home.

Cinnamon resisted looking at the clock. It will only make time pass more slowly. After a life living on the island, she’d learned you can’t rush the ferry. She baked a batch of oatmeal cookies. 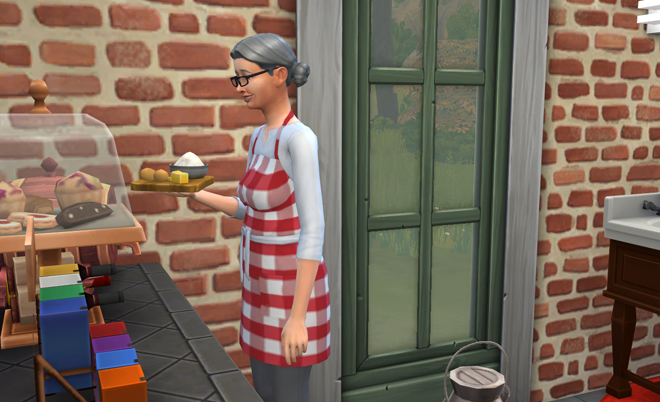 She pruned the holiday bonsai.

Stellar had always loved trees. More than once she’d found him talking to the pines and cypress that grew on the island. He seemed to keep track of each one, as if he knew them by name.

He’d probably take his time walking up from the ferry dock, following his favorite paths to greet the trees that had been waiting for his return.

She lit the candles, set the platters of sweets on the table, took in the festivity, and headed downstairs to make up the beds for her grandchildren who would arrive tomorrow. 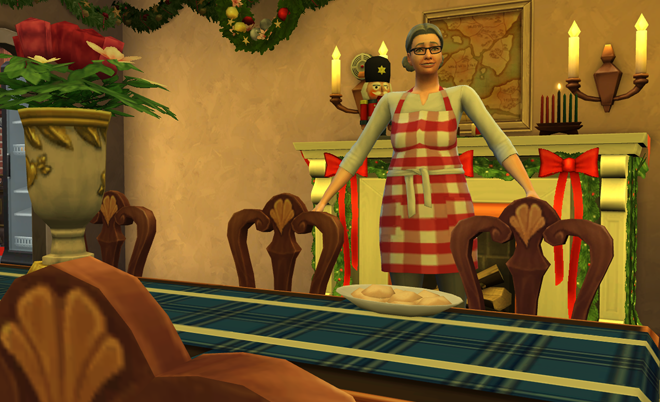 She used to love tucking her children in at night. When they were little, they seldom slept the night through in their own beds, usually joining her and Steve in the big bed upstairs by daybreak, but they started out in the silent dark of their own rooms. She would fill the rooms with fairy tales, talking and singing softly while her children’s eyes slowly shut.

She wondered if her daughter sang her children to sleep each night.

While she spread the quilt on the last bed, she heard the bell ring as the front door opened.

“Down here, son!” And there he was, smelling like pines and salt spray and the cold winter night.

They talked without stopping, about nothing and everything, while they walked up the stairs.

“I made taco casserole,” Cinnamon said. “Do you want a real meal?”

Since it was just the two of them, they ate in the living room.

“I used paprika. Can you tell? Usually, I use cayenne, but Jacques, he says cayenne puts him on edge, so he bought some paprika that I can use when I make meals that he’ll share, and I guess I forgot to restock the cayenne, for I couldn’t find it tonight, and what do you think? Is the paprika OK?”

“It’s good, Ma,” Stellar said. “I kinda like not burning my tongue.”

“You look good,” she said. “That life at the national park agrees with you.”

Stellar had worked as a ranger for the National Park Service since getting his master’s degree in botany. Knowing his love for trees, this seemed like the ideal career for him.

“I got tired of being a cop,” he said. “That’s what the job’s become. Peace officer for the public lands. But it doesn’t feel like keeping peace. It feels like stirring up trouble. I don’t want to carry anymore.”

“You had to carry a weapon?”

“What will you do?” she regretted asking as soon as she said it. Of course there were a million things her son could do, and he would, of course, know what those were, and if he decided he needed a change, no one was better than him to know what that change might be.

“You remember those gnarled stumps that wash up on the beach?” he asked.

“Are they still there?”

They were. Hundreds of them.

“I want to sculpt,” he said. “I got something to say, but I can only say it through wood. I want to stay here, and I want to be a sculptor.”

So that was why Stellar had been vague about how long he would be staying.

“Do you mean you want to move back home?” Cinnamon asked. 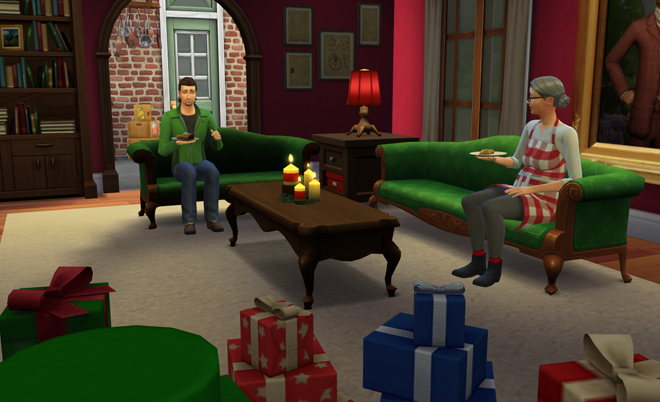