At the end of summer, when Deon came to pick me up to drive me back to YOTO, I asked him if we could stop and eat at the diner on our way home.

“Sure,” he replied. “You and me, we’re getting a lot of traditions.”

When we sat down, he looked at me hard.

I told him I’d been sick over the summer, but that Ted took care of me, and I’ve been resting up, so I’ll be ready for cross country season in a few weeks.

“You’re thin,” he said. “Athletes need to be strong. Don’t train so hard that you just waste away to nothing.”

But the weird thing is I’m not upset about it. I might not run track. I might never break another record. I might lose my athletic scholarship, not be able to get an academic scholarship, and wind up not going to college.

I didn’t tell all that to Deon. I just sat there and listened to him going on about nutrition and rest and life-balance, and I just enjoyed the sound of his voice and they way he gets this intense look when he’s really going on about something.

“Are you happy with your life, Deon?” I asked him.

He thought for a minute.

“I accept my life,” he said. “I’ve come to learn that now and then, a happy moment comes. And when it does, I let it in. And then it goes, and another moment comes. That’s it. That’s how I live.”

I wondered if I agreed with him. Since my illness, I’ve been so focused on the simple joy of being alive that nothing seems to matter. If the sun shines on me, I’m happy. If my heart beats, I’m happy. If I breathe, I’m happy.

“Remember when I first met you and you told me you were a college student doing research?” he asked. “You were like fourteen! I’d never seen such a kid before!” 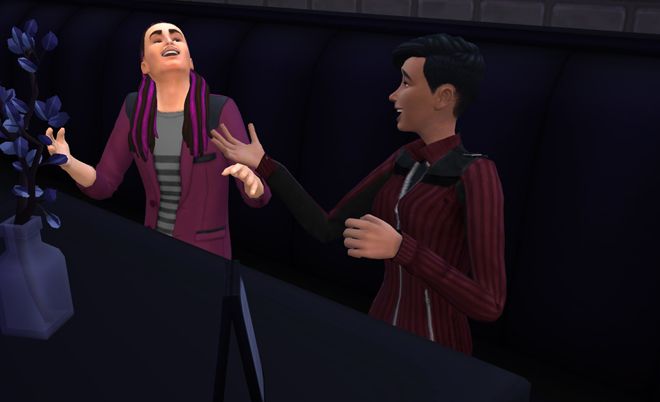 “I felt so old, back then!” I said. “I thought for sure I had everyone fooled!”

“You really tried to be tough,” said Deon.

We laughed about all the good times we had. I remember mornings when Deon would stop by my camp and we’d dance while the sun rose.

“You know when you asked if I’m happy with my life?” Deon said. “Like I’ve said, I’ve got moments. And seeing you, how everything’s working out for you, and you’ve got a place to stay and you’re getting things lined up for a future, that brings me real happiness.”

“You don’t have to! This is me, repaying my debt!” 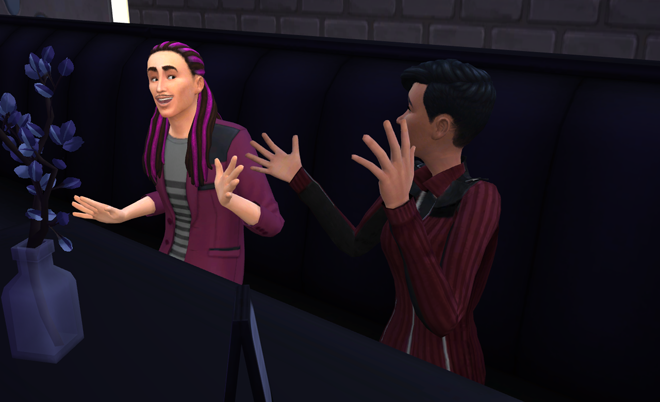 He went on to tell me more about his younger years. I knew he’d been a homeless kid, like me. And I knew that Ted and other guys had helped him out along the way.

But I didn’t know that for a few years, an old woman took him in. He was like the groundskeeper, and she was like his landlord, only more. This was during the time when he was getting his GED.

“If it hadn’t been for Betty,” he said, “I never could have done it. Everyone I ever met helped me a lot. But there was this big gap between me and society, and I couldn’t figure out how to bridge it. Ted helped–but he couldn’t show me how to bridge it. He’d already dropped out by then. Everybody I met who was homeless like me couldn’t help. They didn’t know how to bridge it themselves. But Betty took me in. She needed someone to take care of her garden and her home. I could do that. And she was a retired teacher. She showed me how fill in all the blanks I couldn’t figure out.” 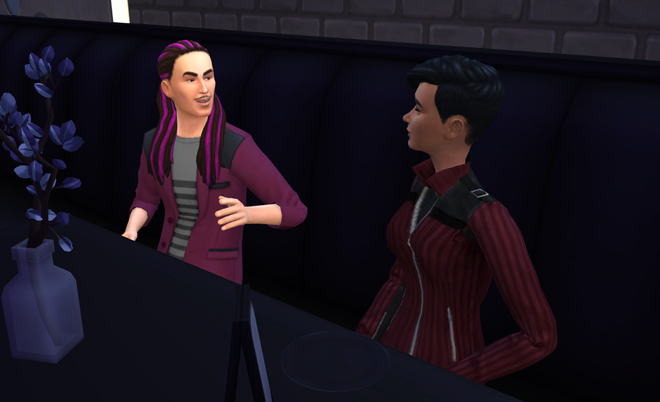 “She sounds really nice,” I said.

“She was,” he said. “I loved her. I loved her more than a mom. She was beautiful. She was old, but she had this glow about her. True beauty. I mean, I was a kid, and she was an older woman. But man. Sometimes. If I’d been born in a different time.”

I realized that I loved Deon as he said that. He and Ted and Aadhya, they were almost everything to me. They were family. We weren’t related by blood, but we were bound by something stronger. Maybe it was karma.

“Do you know what I mean?” Deon asked.

I felt like I was full of something golden: butter and sugar and sunlight, all spun together. 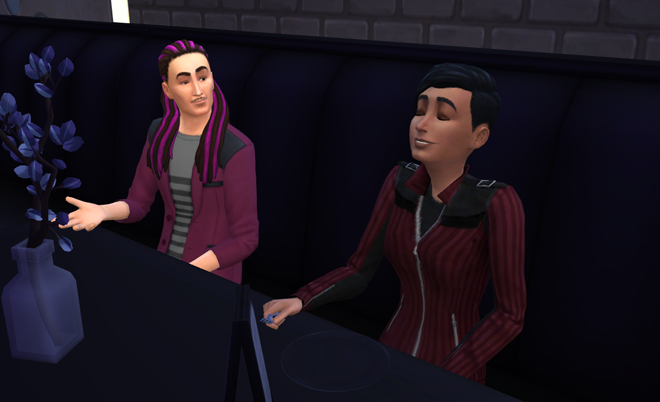