A reply to: Ayden Bender’s Profile

My mom saw your profile on the Pen Pal Project, and she said I had to be your pen pal.

She said, “That’s why he’s got to be your pen pal. You and him are the only kids in the whole project.”

I guess that makes sense to her.

I tried to explain to her that I don’t get along with kids. She said, “Read his profile. You can see he’s really thoughtful.” From my mom, that’s the biggest praise there is.

But you know what? I’m starting to think that something has changed, like what my dad said after he got his new job, “The tide has turned!” (Imagine him saying that in a really low voice. Then imagine me saying it in an even lower voice when I’m imitating him! Funny, huh?)

Anyway, what happened was my other pen pal, Dusk, joined my club. My club was called “Stop Bullying, Stupid!” But then someone told me that the name is bullying to stop bullying because it’s bullying to call someone “stupid.”

Should I call it, “Stop Bullying, Sweetie?” That’s silly!

Would you like to join “Now!”? I hope so. Because some other kids also joined, and that’s what made the tide turn. My NEW friend Billie Jang joined. (If you want to say her name, you have to say both, like one word: Billiejang.) And then my BRAND new friend Fatima joined. She looks like a pirate.

So, I guess kids are OK. I guess not all kids are mean.

I did read your profile, and you sound like you are not mean at all. You sound like a really nice kid. So, I’ll be your pen pal.

Mom says I have to ask you about you:

Do you have brothers and sisters?

What are you reading?

I just finished reading Robinson Crusoe and now I’m reading “Wind in the Willows” because it’s awesome and I wish I were a toad with a big fast car! Only I would be a good driver.

If you could be anyone in any book, who would you be? (This is a real question, not a Mom-question.) 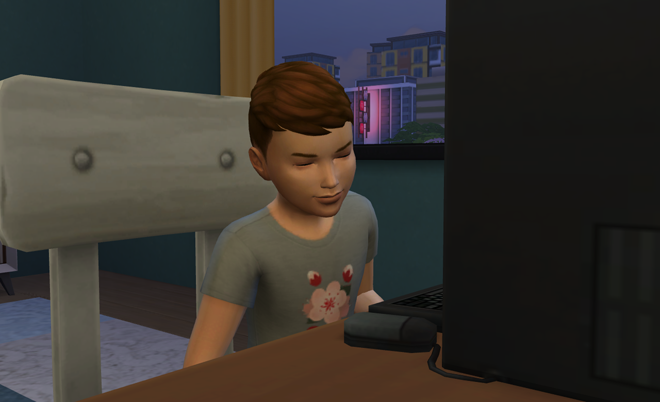 Your new friend (I hope),

Giuliana (but you can call me Joo-jee. That’s what my brother calls me. My other pen pals call me Tazer, but that’s because they’re grown-ups, so I can’t give them my real name. Is Ayden your real name? And do you want me to call you Ayden or Space Monster Number Five?)