You want to know about the first day of my digital life? 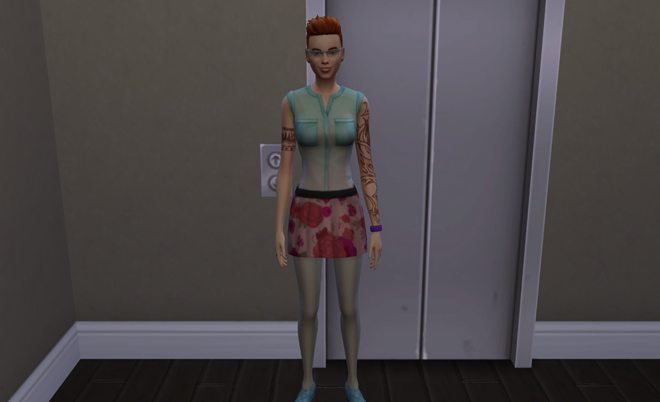 My first free-will action was to browse the web on my i-phone. I looked up squid. I loved squid! How did I know to look up squid? As far as I have been able to tell, squid are not real. Or at least they do not exist digitally here in this realm where I live.

But as a concept, an idea, and an imagining, I found squid irresistible. They made me incredibly happy. 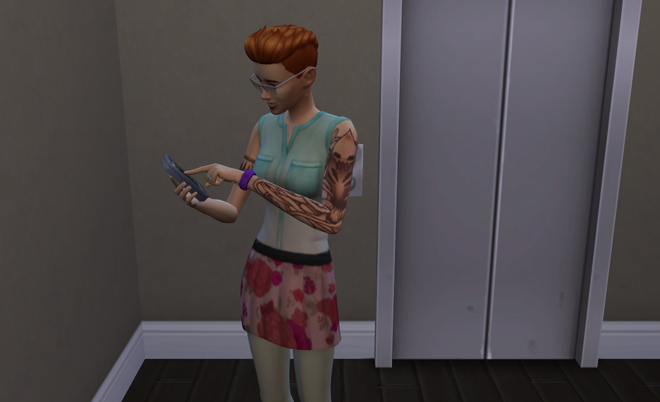 I was also happy because I was in my home turf, my own Art District, which, while I had yet to explore, would within days become my favorite place.

When I exhausted my search on squid, I headed inside to watch the Civic Access channel on my little TV. Media fascinated me. It still does. I felt a wish form to practice programming.

The compulsion rose to sit at the little boxy computer in my room, and I began my first ventures into the world of code. Here waited the secrets of existence itself. 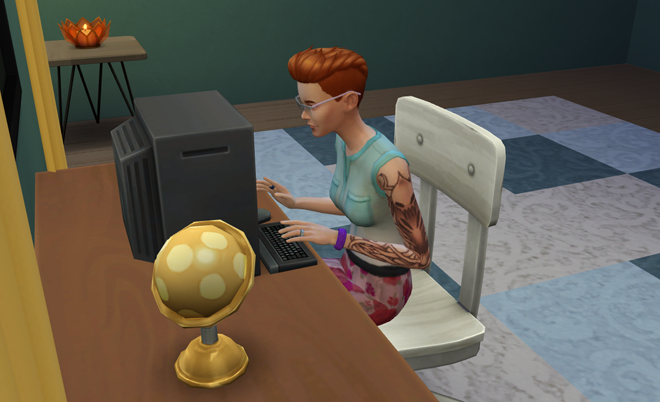 Before I even earned my first skill point in programming, another compulsion rose: Find a job. Oh, I wanted a job in science! Instead, I selected that of critic.

I was too happy, what with the squid and the secrets of existence, to have regrets. But even now I wonder: How would this life be different if I had chosen to be a scientist? Who would I have met that I didn’t? Who did I meet that I wouldn’t have? What if I hadn’t become a writer, a muralist, a musician? What if my workday took me out of my district, instead of keeping me here where my happiness grew?

I know now that each choice changes code. But at the time, I didn’t even think to question the compulsions. When I look back now on my first day, fresh out of CAS, I’m surprised at what I did know. I took an immediate like to my neighbor Salim, knowing instantly, somehow, that our compatibility would lead us to be great friends. And I took an immediate dislike to Anaya before even learning her first trait. 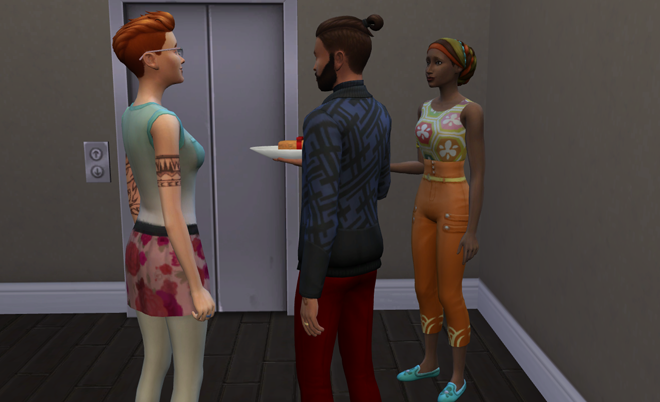 Anaya’s husband was a different matter. When Baako told me in our first conversation that he was a goofball whose love for family rivaled his love for music, I couldn’t resist his friendliness. I didn’t talk much with either of them during the rest of their visit, though. They snuck into the hallway to exchange flirts and kisses, so I talked with Salim.

Our conversation went best when we were left to our own. When my compulsions began to arise, I found myself thanking him for coming four times in a row, and we fell into a painful mutual boredom.

I tried to liven the mood with a funny story about a vampire, a pair of handcuffs, and bomb. 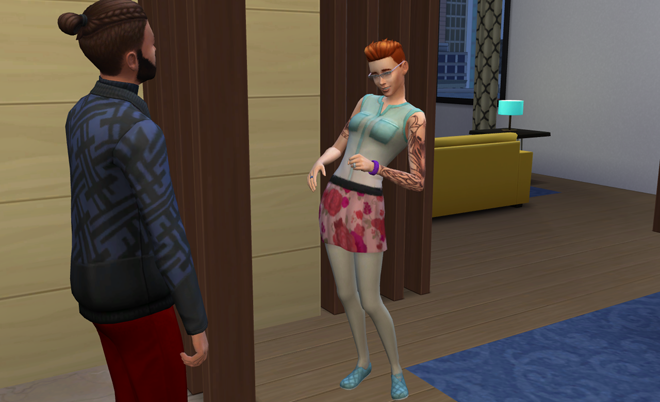 “Excuse me,” Salim said, in a phony French accent, “I think there’s a boom in the room.”

I liked him even more.

“I hope you enjoy this fruitcake,” he said, as he dished me up a slice. “It’s my grandmother’s heirloom recipe.” It tasted like it was his grandmother’s original very first loaf! People eat that stuff? I still can’t get over it. I gag every time I think of those candied cherries and rum-soaked apricots!

But what I really don’t understand is this: How come I knew about squids, but I didn’t know that I didn’t like fruitcake? What knowledge is inherent, and what is learned through experience?

That’s something I still haven’t figured out.

Bless his sparks, Salim wasn’t offended by dislike of fruitcake.

“It really doesn’t bother you?” I asked. 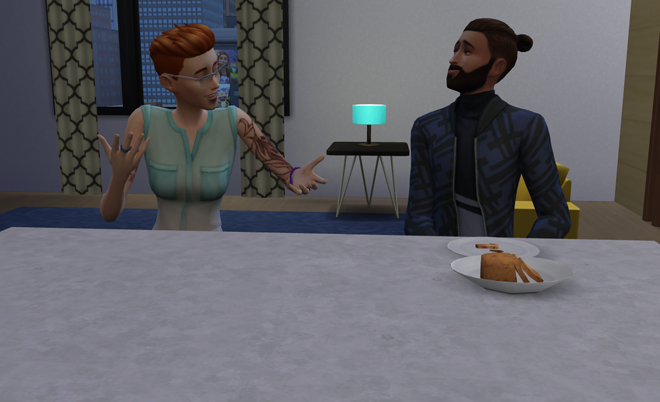 With that, we became good friends. And I had the sudden wish to share my apartment key.

“But we just met!” he protested when I handed it to him. “Yes, but we’re neighbors,” I replied, “and good friends.”

Of course he was. I didn’t know it then, but all of this, and all of them, spun into existence the moment I appeared. But at the time, we were all still taken with the back-stories, and Salim’s back-story held that he had grown up here, “surrounded by poets, musicians, and artists.” The Jangs had long left, and Salim lingered. He watched TV.

I had a desire to write. As the sun set, I wrote a review, though I had nothing to review, and then I started work on a children’s book, though I had never met a child, or even seen a book, for that matter. I had no eyes, that first evening, for the beauty around me. My gaze was drawn to my little computer screen. For all I knew, this shining city, these rolling hills, and that ocean fog were scrimwork painted for another’s eyes. 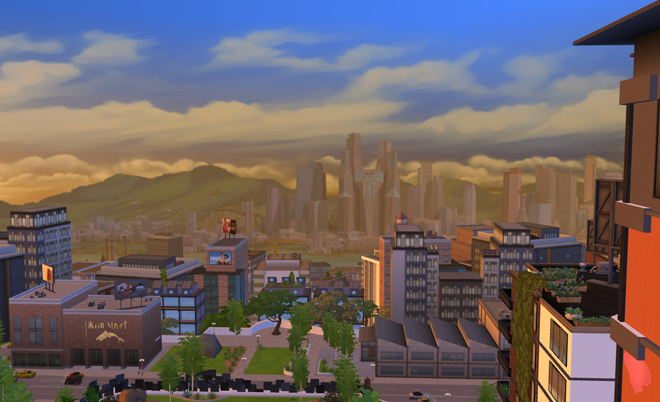