A reply to: A letter from Seth 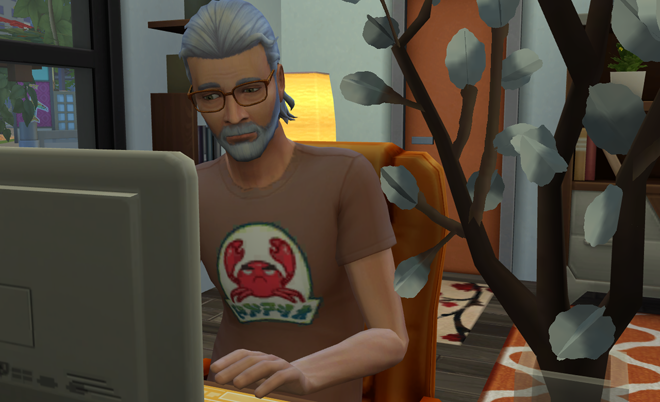 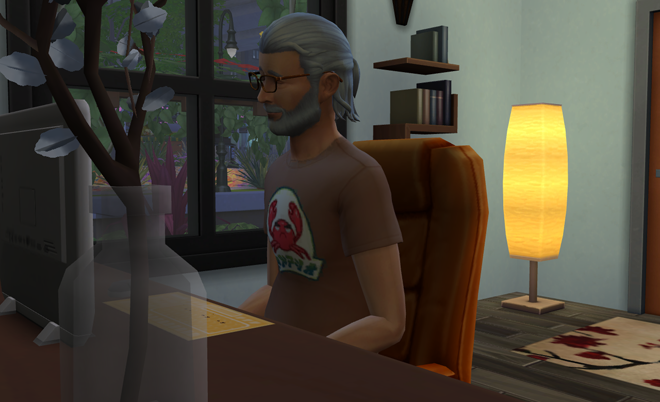 It was great to hear from you. Granite Falls seems to suit you well.

Unfortunately, I don’t know of any cutlery stores in San Myshuno. I buy my kitchen supplies at a boutique in Old Town Windenburg, which I visit often, not least because it’s where my niece and nephew live, but also because, when I lived there during my younger life, I grew fond of the stores and the merchants there. Many of the same shops remain, now run by the children of the storekeepers I knew back then.

Have you ever been to the San Myshuno Meadows?  I visit there when I need to feel the buzz of growing things and the steadiness of mud.

I love that park. Water. Plants. Paths. And best of all, rocks. Lots of big boulder-size rocks.

There’s a hidden park-within-the-park, surrounded with vines and flowering plants.

I like to meet my good friend Bjorn there.

Lately, Bjorn and I have been talking music. He’s currently in the midst of a big Bach WTC ii project, playing the preludes and fugues. Ask him about it, and he’ll share his dissertation on Bach’s incorporation of the Classical into the Baroque.

We could talk for hours, and we have.

You wrote, “I think that maybe time works differently for you than it does for me.”

I’m quite sure. I’ve never met anyone for whom time works the same. Sometimes, now and then, when I’m with someone, we enter the same time-stream. But even when I talk with Bjorn, and we have spent half-a-lifetime talking, it seems, time will move differently for each of us. I’ll say, “Look at that! The sun’s setting! We’ve been talking for hours!”

And Bjorn will reply, “No, my friend! You’re quite wrong! We’ve only just sat down. And did I tell you that in the Prelude in C minor the alto voice enters first?”

Do you know that for some individuals time is experienced in a linear fashion? I swear it’s true! Not so for me, and, I’m wagering, nor for you either. But I have met some, like my friend Raj, who experience a train of moments, one right after the other. And what happens in rush hour, when all the moments pile up at the light waiting for it to turn green?

You wondered if I would be interested in what freedom means to you. I would be.

These high-concept words: freedom, time, space, even growth. I like to pull them down and make them tangible. Why eschew the abstract? Make it a friend. Which, I am guessing, is what you often do.

I suppose that’s what I love about painting. I can concretize the ideas floating through my head.

So what does freedom mean to me?

Conceptual freedom: the ability to think without falling into the patterned structure of consensus agreements.

Emotional freedom: to feel what one feels without being stuck or bound by any one feeling.

Spiritual freedom: perhaps a sense-feeling of the internal absence of restriction.

Intellectual freedom: the gift of pursuing any idea or thought one wants.

Wrap all those together, and we get freedom, which I suppose, for me, has something to do with lack of restriction, open doors, possibility, and exploration.

Sarah’s quite a story-teller, and you are a masterful writer. I have an editor friend who would never forgive me if I didn’t attempt to put you in contact with him. Stinson has charged me with “turning him on” to every highly skilled, original writer I encounter. This started when I was a teacher.

“You come across geniuses,” he loved to say. “Turn me on to them!”

He especially loves the combination of the fantastical and the real. And cadence makes him swoon.

Stinson works for a small press that specializes in what he calls “art pieces,” but really, it’s just good writing. The publishing house even has a movable press from the 18th Century which they use to print broadsheets and small handcrafted books. This is in addition to their commercial releases. So, if you’d like the undying gratitude of a ravenous editor, let me know! I would be happy to give him your contact information or send you his. He lives for writing like yours. 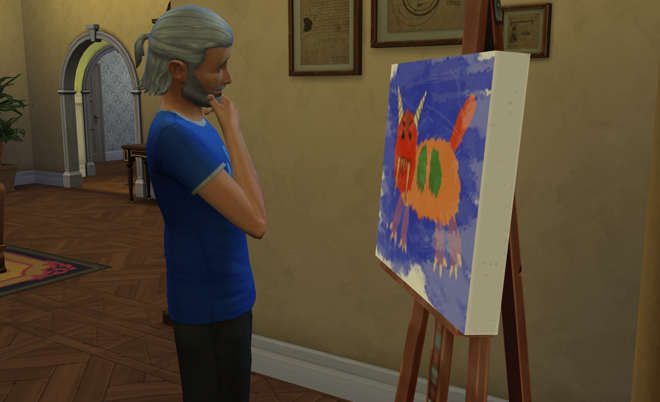 You indicated a willingness to hear about my new project.

It’s a passion bordering on an obsession–at the least, an irresistible, overwhelming ardor.

My friend the repairwoman told me the other day about an old organ in disrepair being put up for auction.

I bid and won.

Now a restored Holtkamp reposes in my home. Bjorn helped me find a restorationist, and the three of us put it back into commission.

The front room where the organ rests opens to the second story. The acoustics are divine!

I’ve played piano since I was a child. I thought my skills would easily transfer, but keyboard or not, it is a different instrument.

The lessons are progressing, as lessons do. But what I love most is when she plays for me.

The other day, she played Bach’s Toccata in C major, BWV 564. Do you know the adagio? I love the first movement and the third, but the adagio. That stops time for me.

You know, I think that music allows us to experience the same strand of time. Have you noticed that listening to music does that, binds listeners in the same quilt of time/space?

Live music, in particular. Music relies on time: it moves through it. It’s linear, in one strand, moving note by note through the line,  yet nonlinear simultaneously, as it links us back with each note that has come before and each note that is yet to be played, and we need to comprehend their relation in order to make sense of the movement of the tune.

It wasn’t what was being said; it was more. That connection. That sharing. That afterglow moment when two hearts still beat along the same electrical pulse.

Two unlikely characters, caught in their own disparate bubbles, sharing, for a moment, the same time/space in the same space/time.

What better love could exist?

I’m happy thinking of the tiny elephants in their knife lair.

Wishing you space and grace,