A reply to: A letter from Mathilda

I thought maybe I should practice writing formal, so here I am. Formal.

Jasper–you remember him, he’s my magical helper–he says that it’s good to talk and write in all sorts of ways: Low-down, hip-cool, fancy, regular, regimentaltudinally, and formal. Because you never know when you might need to write like this.

So much has happened.

You know how we went to the reading room? We went back.

Then my brother and I went to the park all the way at the desert. It was a really long ways. We took the train and it took all of two hours and more, and then we had to walk and my brother was so tired that he said he was never walking to the State Park with me again, but then he saw this girl he likes and he forgot all about being tired.

He also forgot all about me.

But that was OK because I was on a mission.  Your mission.

I looked everywhere. In nooks and crannies and in an old pump that smelled like the stuff the dentist puts in your mouth after he gives you the shot. You know. That metal smell.

And my dad let me take his special chisel-thing that he used to use when he would look for artifacts and crystals and stuff. 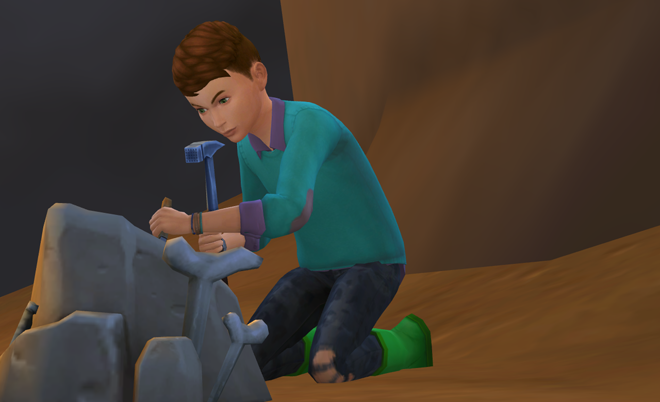 (Oops. I forgot about the formal part. You don’t mind if I write regular when I’m telling the story, do you?)

At first I was just thinking about how it was hard work. Because it was really hard work.

But then I started noticing things. Like in this one rock, there were all sorts of other little tiny rocks, and some looked sort of like marshmallows, and some like marbles, and some like the tips of candy corn. I got really curious about how they got inside the bigger rock and how I might get them out. 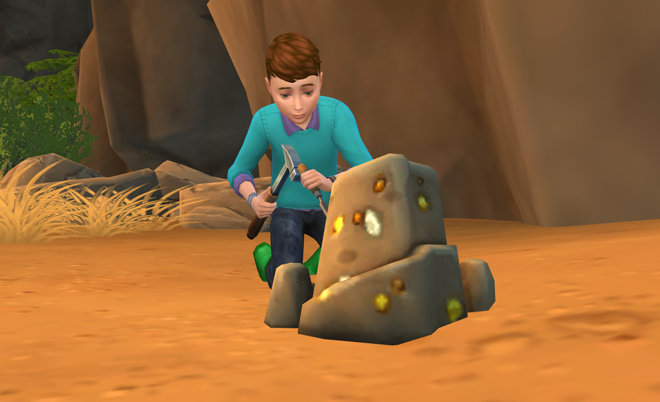 When I got back to the park building, my brother was there, talking to one of the park gardener ladies. She was nice. I asked her about how little rocks get inside of bigger rocks and she told me all about geologic flow and gneiss and sedimentary and metamorphic and foliation. Now I know all sorts more about rocks!

Then we ate burgers that somebody grilled. They were so delicious! 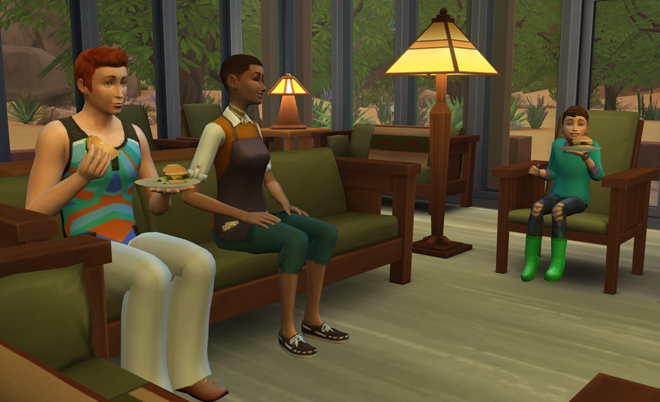 Do you know the feeling of when you’ve been running through the desert, looking for rocks and finding them, too, and digging and collecting and collecting questions, also, and then getting all hot and sweaty and really hungry, also, so then you keep running and you come inside where it’s cool, and there’s your brother, and the nice gardener person tells you the answers to the questions you were wondering, and then there are hamburgers, too? With relish and katsup and pickles?

Well, that’s how I felt when I got your letter!

I felt like I had been adventuring forever and all the questions were piling up and it was hot and sticky and I was hungry and even a little sad, because a lot has happened since last time I wrote to you. Then I got your letter, and it was like, Ahhhh! It was the best.

So I am happy that you wrote and that your daughter was brave and rescued. And of course she was, because she’s YOUR daughter!

And also: I have started my test that you set for me!

Here’s what I have so far: A giant red crystal; a little tiny baconlike rock; a big ice crystal rock; and fossil paw prints.

I know I have to get a lot more stuff. I will, too! This is just the start.

Jasper says he believes I can do anything I set my mind to that is humanly possible to do.

Next time I write, I will have found even more!