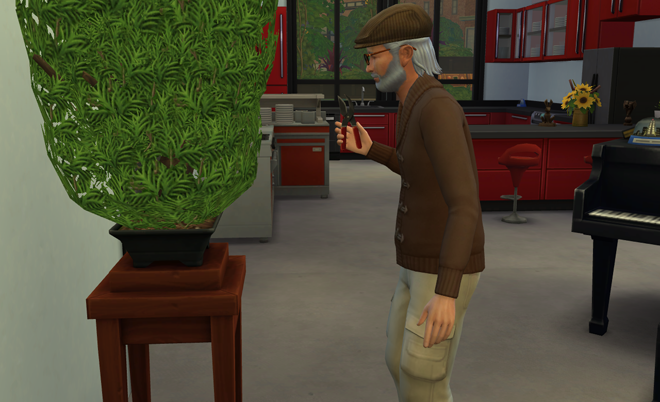 It’s been too long since I’ve written you.

Why, I could have sworn it was just two days ago that I received your last letter. But when I look back, I see it was two months!

Forgive me. I’ve been puttering about, as my grandfather used to say. It’s not that I’ve been rushed–each day’s been full of the luxury of summer. But perhaps that’s just it. It’s been summer, and I’ve been swimming the tides of days, and now, here we are, nearing summer’s ends, and the first cool breezes have begun to sneak in on the backs of the morning fog seals.

It is nearly the end of summer, and I have been too full of the long luxurious days to even think to write! 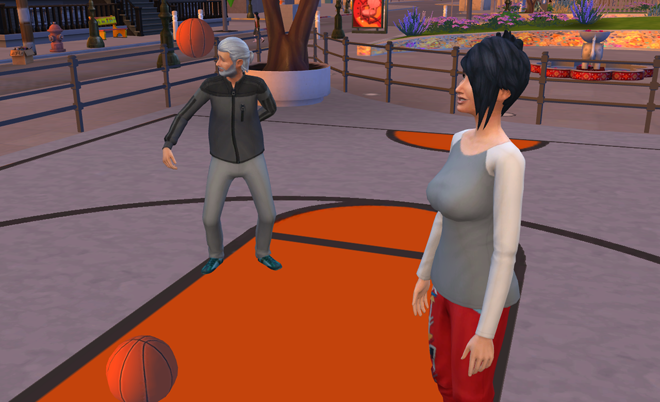 Now, as the fog horn blows, it’s time to remedy that.

I trust all’s well with you and yours. Have you settled into sweet times after your dangers and adventures? 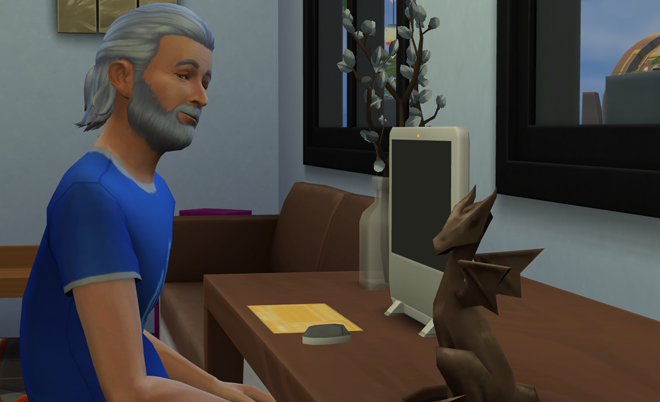 After my long stretch of much to do with nothing much to report, I suddenly have news!

I am host to a Writer In Residence. In fact, Bucky Duckson, renowned poet and wandering bard, is currently staying with me in the old brick house.

He arrived road-weary and travel-beat. But a fresh shower, a plate of taco casserole hot from the oven, and he was brimming with energy again. 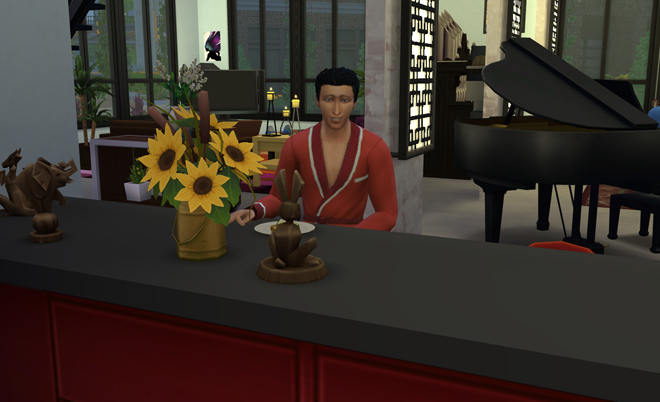 I have a good friend who is an editor at a small independent publishing house, and he’s the one who suggested that Bucky stay here during his summer tour.

The house has plenty of room, and I find inspiration in being around other writers. I’ve told Bucky he’s welcome to stay as long as he wants. The inspired buzz has thrown both of us into productivity. I painted a pop-art portrait of Bucky: the artist and the dreamer. 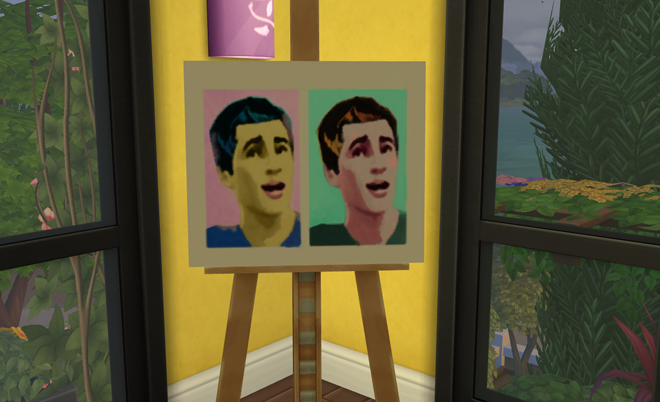 Bucky has volunteered to write a poem for me in return.

“Not even for a favorite teacher, who might also be a special friend?” Bucky had already met my charming organ teacher, Micah. 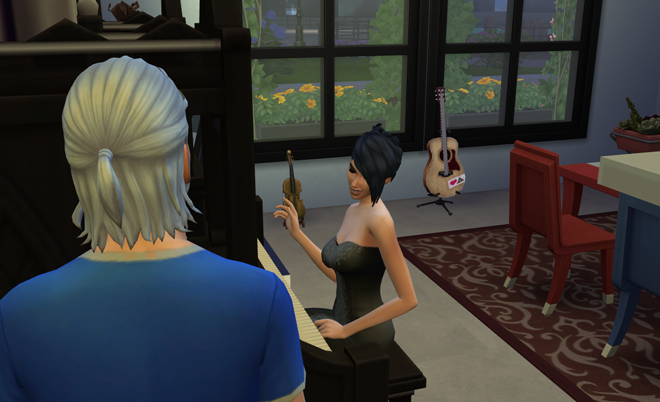 I can imagine that Micah has probably had dozens of poems dedicated to her already. And I’m too old of a fool to be tossing one more in her direction.

“Or what about a family member?” Bucky asked.

Now there was an idea!

“I do have a rather remarkable niece!” I told Bucky, “who has a birthday coming up very soon.” “I’m on it!” he said, after I sketched her life story.

The next day, I threw a party so that Bucky could meet Meadow, and friends and family might meet Bucky.

“Bucky Duckson!” she cried. “I read your quarto!”

My editor friend had published a small volume of Bucky’s work. Good stuff! 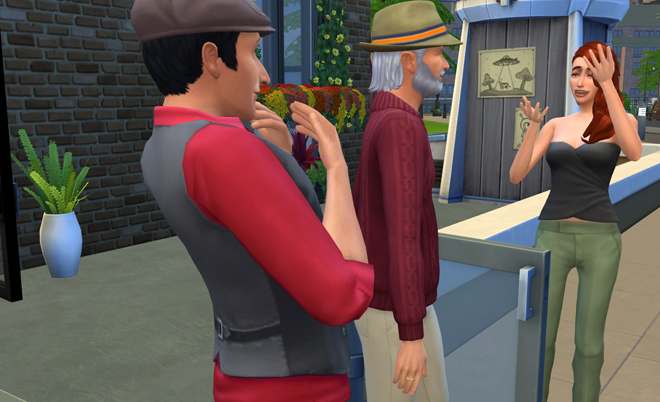 Bucky spent a good amount of time talking with Meadow’s good friend and room-mate, Mizuki Suzuki, who told him about Meadow raising Jena and returning to school to become a therapist. 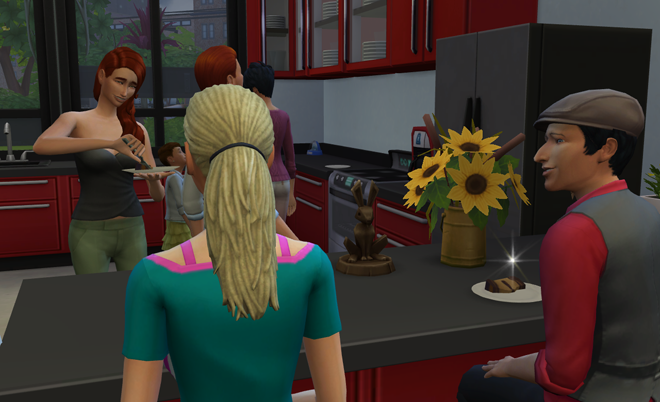 “Did you really want to be a fortune-teller?” Bucky asked her.

“No!” she laughed. “Not a fortune-teller! A storyteller!” 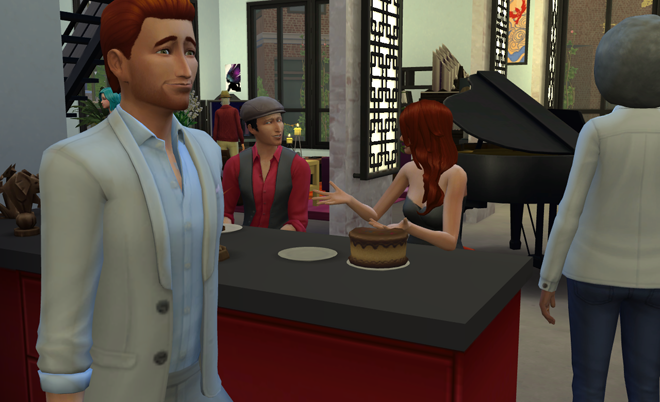 They talked about folklore and myth. 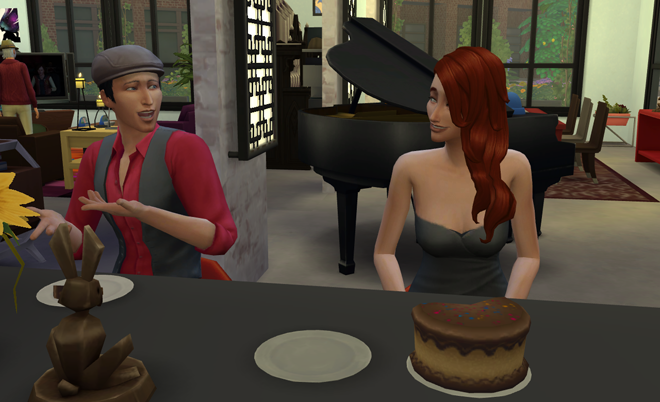 After the party ended and all the guests left, Bucky stood outside gazing at the moon. When he came back in, while I was washing the dishes, I heard him clacking away on his old manual typewriter, which he uses exclusively to compose his poems.

He showed me the poem the next morning, “For Meadow.” I’ve enclosed a copy of it.

I’m going to give her the original for her birthday in a few days. She’ll laugh. She’ll blush. She’ll claim it was written for someone else. But the truth is, this poem, in all its praise, hasn’t an ounce of flattery: only veracity. Meadow is all that. 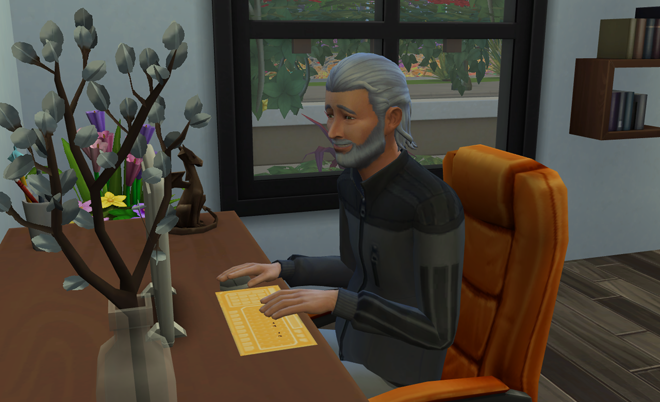 Bucky seemed to find nearly as much joy in writing the poem as I did in receiving it to give to my niece.

Liam, if you’ve ever wanted a written tribute for your Lenora and Alina, Bucky is a poet-for-hire, and a damned good one, at that!

Well, I’m off to walk across the bridge with Bucky, who said he wants to experience all the traditional adventures of the city. We’re heading out now so we can return in time for the Spice Festival.

Enjoy summer’s end, my friend! And wishes for health and joy to your family.

Author’s note: Bucky Duckson really is a travelling poet who writes on commission! If you’d like him to stay with your Sim or to simply write a poem for them, you can reach Bucky at his Writer-in-Residence thread at the EA Sims Forums. Many thanks to LegacySims2017 for letting Bucky stay with Jasper for a while and, especially, for the lovely poem!