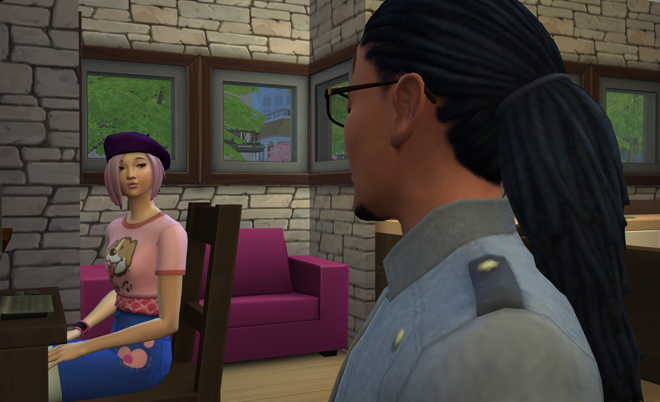 I’ve decided I’ll wait until you’re a young man to share these letters with you. You’re already reading, so, technically, I could share them with you now.

But I want to be able to write some of the difficult things that it could be useful for you to know later. Right now is not the time for you to be aware of certain challenges.

You have this idea that the world is safe. Maybe I’m wrong for wanting to nurture and protect that view. Maybe it would be better if you knew now about all the threats and dangers.

But you believe that everyone is as kind and loving as Miko and that the world is as safe as your playground.

I grew up in a different world. My dad was in a war. He came home, but he died from the wounds. They weren’t wounds you could see. They were inside, in the mind. My mom died from an overdose. As safe as Nonny and Poppy tried to keep me, I knew in my bones this was not a safe world.

It’s different for you, and I want to keep it that way as long as we can.  For you, peace is as common as cherry-blossom petals on the river walk.

You told me about meeting Salim.

“He’s got a good name,” you said, after he introduced himself. “You know what I told him my name was?” 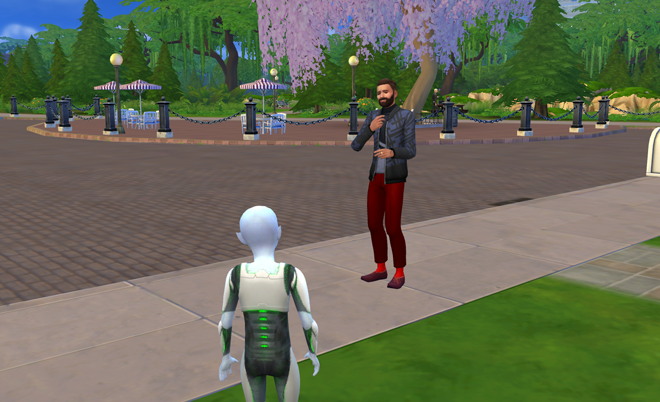 “Sure! Because Salim, peace! So my name should be the same!” 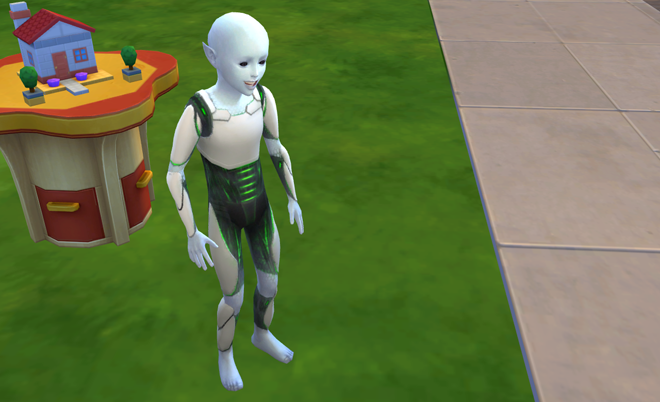 Right now, I’m working to protect you from being tested.

I found out about the testing program through a grad student. She was watching you playing in the park next door, and then she approached me.

She asked about your scores. 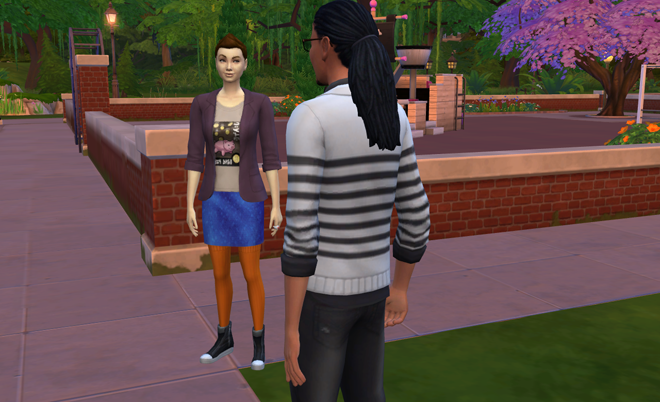 When I asked what she meant, she explained that her professor had been telling her class about off-the-charts IQ scores of alien kids. “He asked for volunteers to help out with the testing project. They’re studying the DNA of the xeno-kids’ brain cells to see what accounts for the rapid learning. If you want, I could set up an appointment for your kid to be tested!”

I told her thanks, but no thanks.

I recalled a conversation I had with Geoffrey back when you were a little tyke. I don’t know if you know it, but Geoffrey’s the director of the department that oversees the agency.

He had stopped by to check on you.

“How’s the little guy getting on?” he asked. 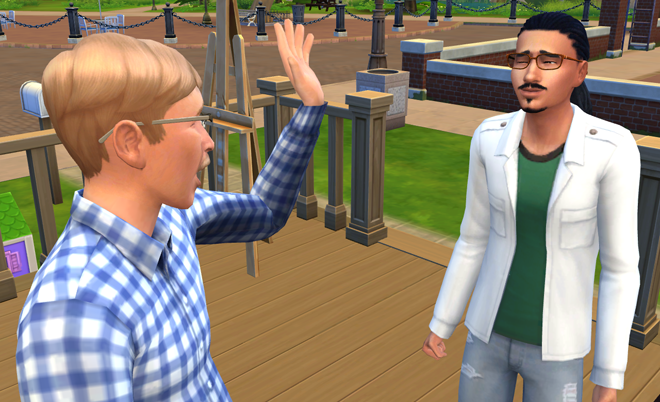 I wasn’t to keen on divulging any details. Up to this point, the agency had been anything but helpful. When I’d been searching for your siblings, they kept strict silence. 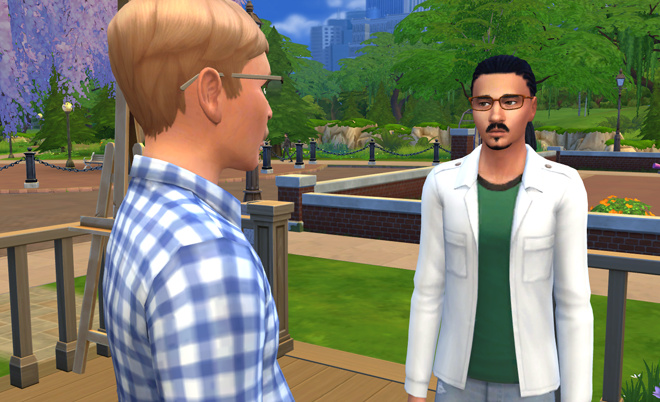 Geoffrey chatted. He told me about his family, a wife, two sons, one of whom was estranged, and the other was trouble. But I could see how much he loved them.

He talked a lot about family.

“We respect kin,” he said. “Well, at least I do. And as long as I’m head of Family and Children Services, I aim to protect the rights of parents, guardians, and kids. That’s why we never give out the info about those in the program,” he said.

I felt better. I guess that’s when I started to trust him. 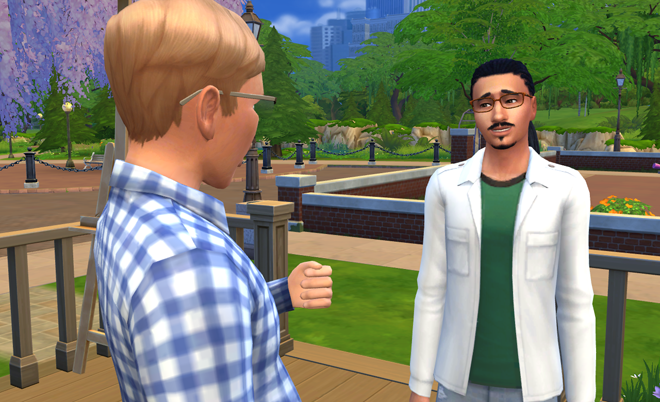 “Your boy is your boy,” he said. “He’s your son, just as much as if he were born from you. And you’re the one with the parental rights. He belongs to you, not the agency. You’ve got my word on that. You remember that, if anybody tries to tell you any different.”

I felt a weight lift off. I know I’d signed all the papers of guardianship, and I kept my copies where I could access them any time. But it felt good to hear it from the man who was in charge of the department that oversaw the agency.

I remember Geoffrey’s chuckle and feeling a rush of warmth and gratitude. 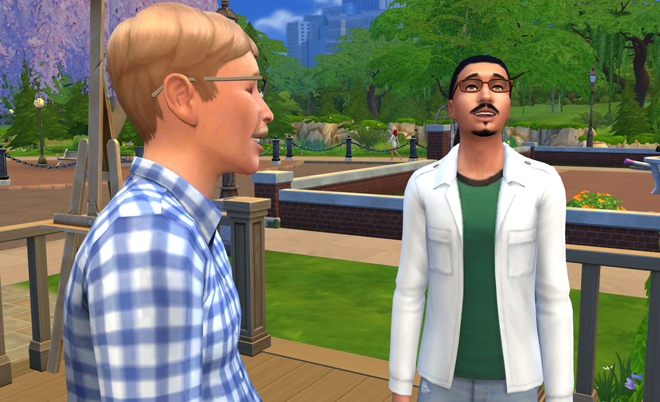 So when that grad student told me about the testing program, I took another look at those papers, reading the fine print to see how far my rights extended.

It was a good thing, for a few days later, the professor himself showed up.

“I’m referring to the young xeno-child playing in your front yard,” he said. “Isn’t that Number 77?”

I asked him to leave.

“I think I’ll talk to the child first,” he said.

I followed him out to where you were playing at the dollhouse.

“How would you like to come and play some games in a big room full of them?” he asked. “Do you like puzzles?”

You looked at him without saying a word, but I could clearly see a big, empty room, with all the lights out, and Professor Goth sitting alone in a dark corner. “My son is staying here,” I said, walking Professor Goth to the corner. “He won’t be participating in any testing projects. You don’t have parental consent.”

“That’s not in his best interest,” Dr. Goth said.

“He and I will decide what his best interests are,” I answered.

“I’ll keep in touch,” he said, “in case you reconsider.” He pulled out a pamphlet from his jacket pocket and attempted to hand it to me. I took a glance at the lettering on the cover: WISC-V Rankings of Xeno-children: Discovering a Different Intelligence.

I called Geoffrey’s office the next day. He affirmed it was within my rights to refuse any testing, treatments, or research projects.

And he won’t. He won’t hurt even a fly, as long as I’m around. I’m keeping this world safe for you, as long as I can, Sept.