I miss my pagotogo so much. I didn’t think that this time of training would be hard for me. I thought that I would develop discipline, resolve, skill.

I suppose I have developed all those things–but at what cost?

I feel cut off. Alone. Mastikopo.

I have been trying to connect with the people in our neighborhood. It’s not going well.

There are some exceptions. I met a new girl from school, walking along the promenade. She showed me photos she’d taken during her walk. Crooked branches of live oaks, draped with Spanish moss. The sun reflecting off the green water. A yellow rose petal floating in a puddle. It made me smile. She was so earnest, so enthusiastic. For a moment, I felt I was looking through her eyes and finding the world around me a place of beauty and wonder.

“You have an eye for color and composition!” I told her.

But some of my other classmates aren’t quite as engaged with life. They seem perpetually bored. I am never bored, and so, they seem to have decided that I am not cool. At least I have Octavius, my own little mopagoto. He has grown so much. He is walking and learning to talk.

I am teaching him Vingihoplo. Sokloboska was his first word. We mostly talk-inside, but when he speaks out loud, his tiny echoing voice is so cute. 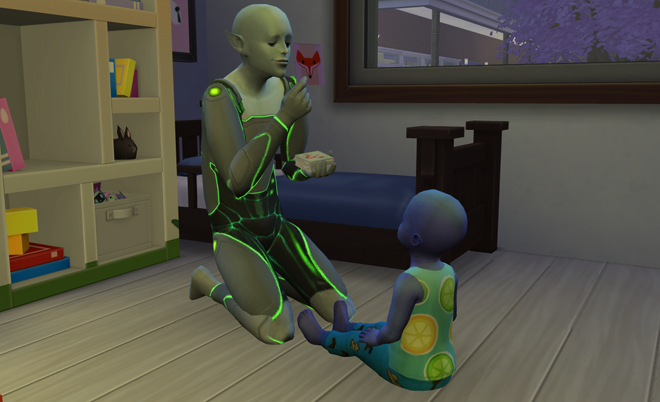 “This brother of yours,” he asked me, “does he have these same abilities?”

“And what abilities would those be?” I asked. 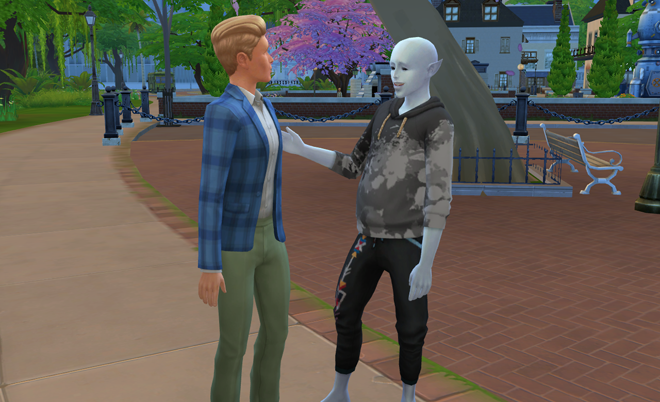 Of course I know that Dr. Zest has been trying to investigate inside-talk. Pabatuotuo alerted me to him.

“You’ll find that all the Sevenses are brilliant!” I told Dr. Zest, hoping that my bravado would throw him off course. 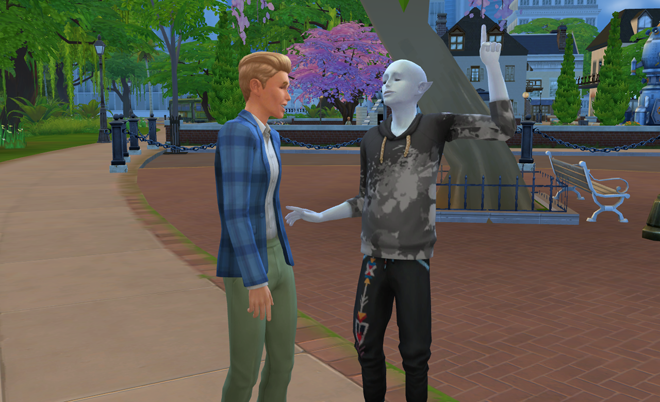 He left shortly after. I took a photo of him walking away. I want to send it to Pabatuotuo–-maybe make a meme out of it: “The Retreat of Deceit” or something.

It makes me sad to think that we have to keep our talents hidden. When I was a kid, I thought we all had this ability, that everyone could talk-inside, and that they chose not to, as part of a game.

I thought that one day, a grown-up would wink at me, to let me in on the game. “Oh, yes! We are all really aware! We simply pretend not to be!”

But now, I see that no one is pretending. Each person really is as cut-off as they seem.

I saw Lucas for the first time since Octy was born.

He looked good. I felt the same softness open inside of me.

I don’t know what same-old, same-old he was talking about, but he followed me home, invited himself in, and now I’m recognizing my own version of same-old, same-old. His feelings are not hidden from me, no matter how impermeable my cone seems. He sits across the room, feeling all the same attraction and affection as I do. And he pretends it doesn’t exist. That’s same-old, same-old.

I think it is time for me to come out of training. I think I need the connection of my gotogo. I’ve learned all I need to about being cut-off.