We’ve had another visitor. Shésti came.

Pops was overjoyed to see her. I thought he’d be as shy around her as he was around Xirra, but they were joking and laughing. He seemed comfortable.

“She looks like you, Sept,” he told me. “Why would I feel nervous?” 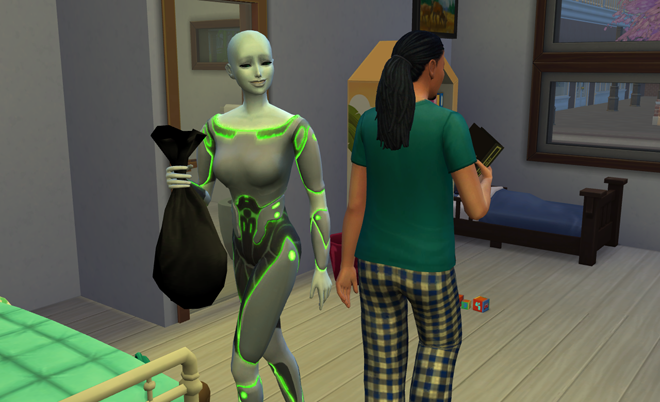 Shésti is a good name for her. She’s like a playful breeze. 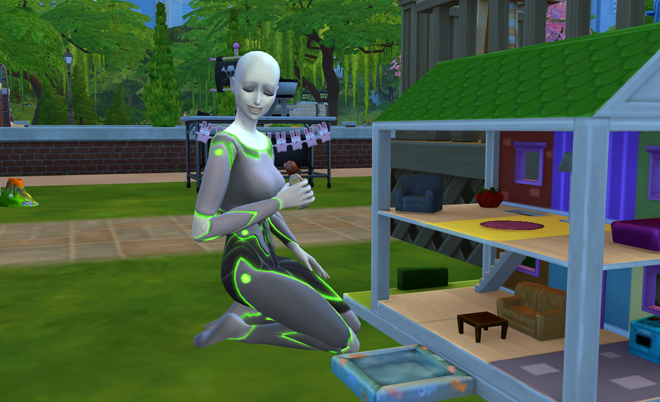 Except when she’s from the east–then, she’s harsh.

She yelled at Octy when he was dancing. I’m sure Pops heard, for he was at the stove cooking, but he didn’t say anything.

Octy became embarrassed, and then Shésti laughed, as if it were all a joke. But the damage had been done. Octy and I heard. 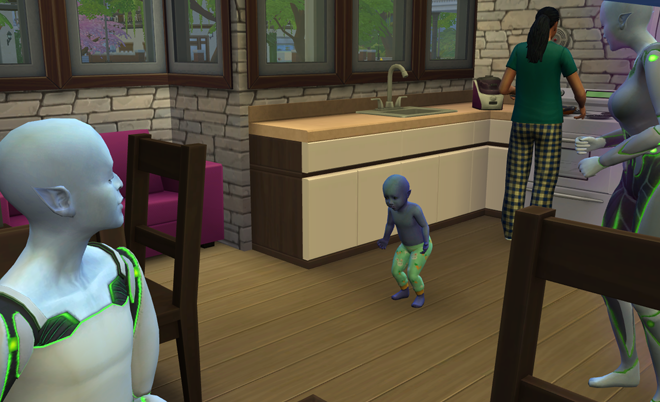 She could do no wrong as far as Pops was concerned.

I know I should try to open my heart to her–there’s room enough for two Mommys, right? But seeing her smiling there on the couch, right next to Octy, seeing Pops all goofy-smiley with her, it just made me miss my Xirra all the more. 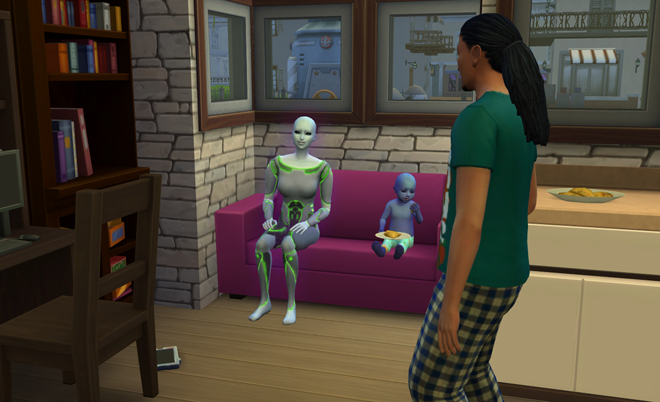 Still, I tried to be cordial.

“I was wondering,” I asked her. “I can’t help but notice. We have the same skin tone.”

She laughed. “Yes. We come by it honestly.” 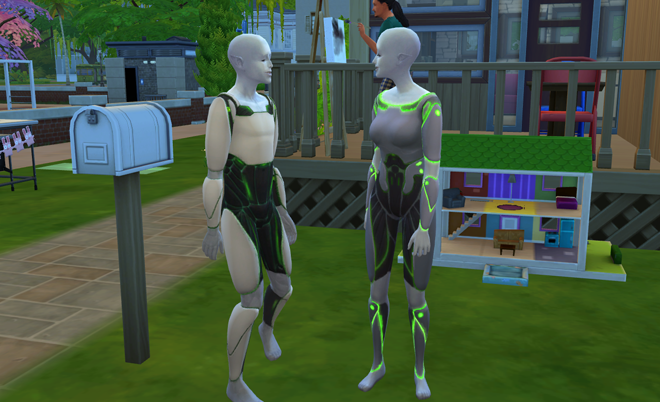 “You aren’t the only one with greatness in your genes,” she said.

She looked up at the sky.

I didn’t know what to say.

“You see,” she continued, “I’m descended from Batuotuo. The original. You might say, genetically, I’m like your niece! Your great, great, great” –she went on and on, and I thought she might count out toui generations–“grandniece.” 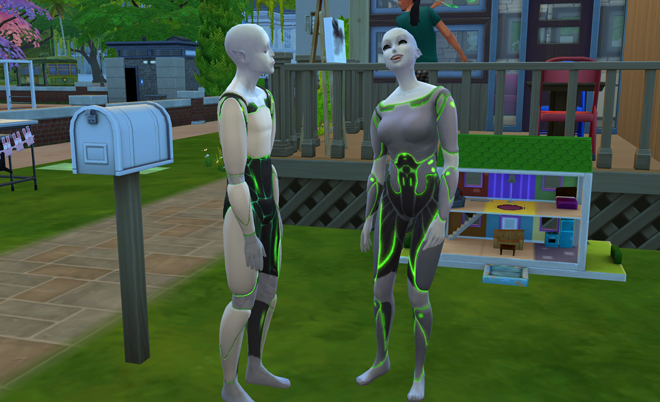 “That’s neat,” I said. “That means that the new little brother will have a similar genetic makeup to me! We’ll be like real brothers!”

“Oh, I’m afraid not,” she said. “There isn’t going to be any new little brother. That’s what I came here to tell you and your father.” I can’t believe she just dropped it like that. As if it were nothing. No big deal. Cancelled tickets to a show. No new brother?

“Yes, I’m sorry to report that we discovered that the batch of ovules we used with your dad this time had been infected with pfura. We don’t know how it happened. This makes it terminate before full-term. There is no baby. It’s all withered and dry now.  Soon, all the cells will be reabsorbed, as if it had never been.”

I couldn’t believe it. She hadn’t even told Pops yet. And this is how she breaks the news to me!

But she stood there, inside-talking with me. “Don’t think I take it lightly,” she said. “Of course, it’s a loss. But what’s not meant to be, simply isn’t meant to be. You’ll tell Sebastion, won’t you? I think he’ll take it better, coming from you.” 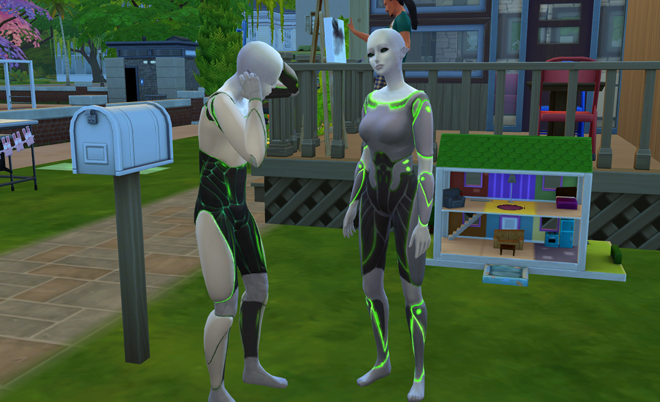 Her face looked sad, but inside of her, I felt nothing but space.

Author’s note: This pollination technician has the childish trait, the neat trait, and the mean trait, and she enjoys using the latter! And, alas, due to a glitch, the pregnancy never progressed past the first trimester. I’ve had this happen before. Seb is taking it very philosophically.