A letter to Brio

Thanks for being a patient pen pal. I realize I haven’t been the best correspondent. Life gets busy. But I want you to know that I appreciate you and your letters very much.

Your last reply helped so much. It arrived shortly before Octy was born. I felt relieved to know that everything I’d experienced was to be expected. Thank you.

I feel privileged to have two healthy sons.

I almost had a third. That’s why I’m writing, Brio.

Did you ever have a pregnancy that didn’t make it to full term?

Shésti, the mother, explained that the embryo had been infected with a space disease, something called pfura. She didn’t go into details, and, frankly, I’m afraid to know. She actually didn’t talk to me about it at all. She told my elder son.

He relayed the information to me.

I felt it spark the first day. But by the next morning, it felt cold.

They say that my body reabsorbs the tissue. So what was is now part of me. It’s OK. Pfura doesn’t spread to humans.

I guess I’m feeling OK. I wanted this child. I am very drawn to the beautiful woman who would have been his mother. She looks like Septemus, and, in fact, through a strange twist of fate, they are genetically kin.

I would have loved to have had a son who was genetically related to Septemus.

I am trying to be philosophical.

At least Octy will be happy! He wanted to go on being the baby of the family.

I already have two healthy sons. But it’s hard not to mourn the one that isn’t to be.

Septemus is angry. He blames Shésti. He says that pollination technicians have the responsibility to ensure that the ovules used are pristine, for the health of everyone concerned. He says he and Octy could have become infected. I think he knows something of the disease, though he shifts the topic whenever it comes up.

We weren’t infected. We are, all three of us, healthy.

I am practicing counting my blessings. I was raised by my grandparents who knew loss, who spent plenty of time mourning, and who at the end of the day, always returned to saying grace for all they had received.

It’s an old-fashioned way. But it’s my family’s way. I’m a role model for my two sons. I want them to understand that loss is part of life. That we can feel sad and grieve. But we don’t need to harbor anger and blame.

When the sun sets, it’s our blessings that matter. 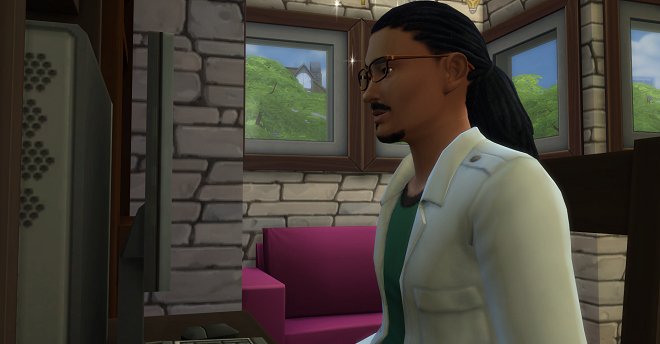 Brio, I hope that all is well with you and your family. I bet the kids are getting big! Fill me in on all their news.

Octavius says that since we aren’t getting a baby brother, we will get a puppy. So, maybe the next time I write, there will be a little spaniel chewing on my shoes in the middle of the living room floor!

Wishing you and yours the best,