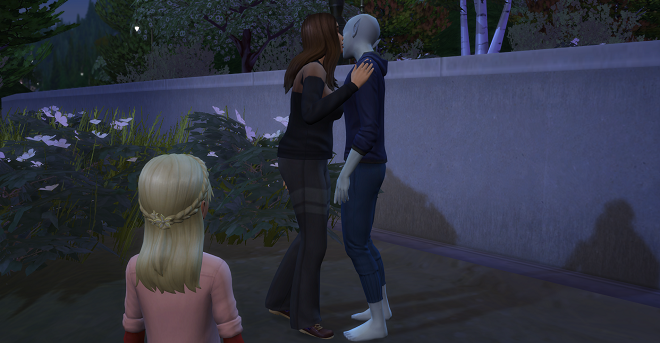 It was late when we got home. I’d texted Sept when we pulled into the bus station, and he was waiting by the gate when we arrived.

“Squeegee,” she replied. She said more to him in Vingihoplo. I recognized the word yobaska–uncomfortable. 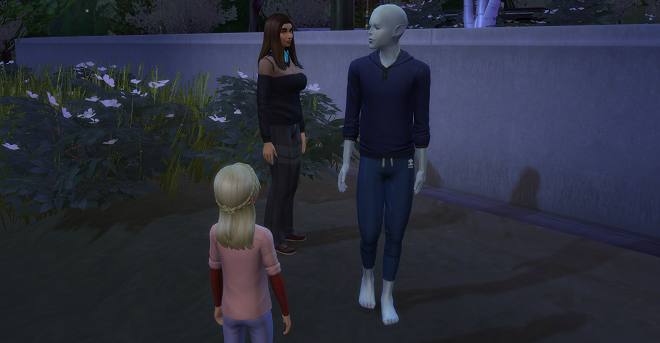 “She says you’re tired,” Sept said to me, “tense. Would you like a shoulder rub?” 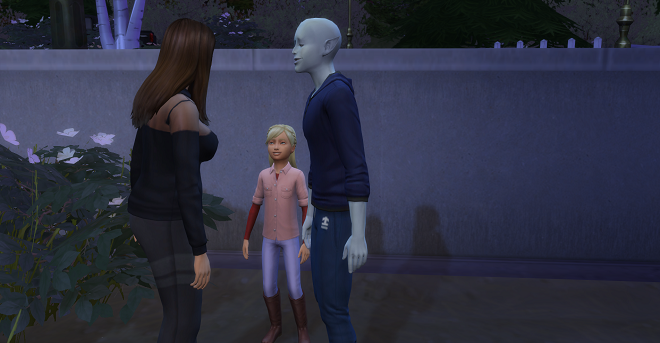 I melted into the warmth of his hands. Santi laughed. 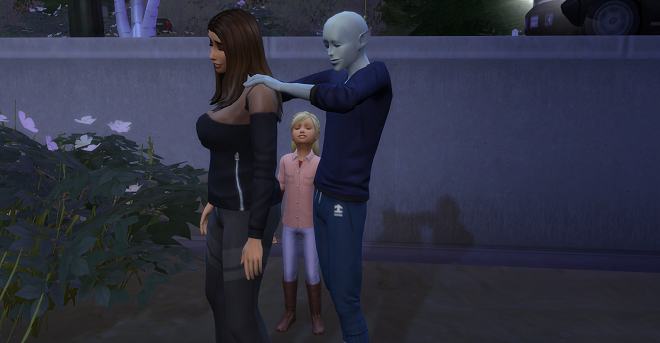 “She says we love each other!”

“No, really?” I feigned surprise. 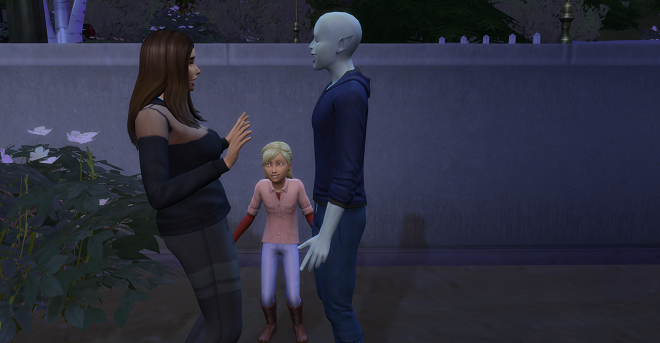 “She says we should kiss,” Sept said. 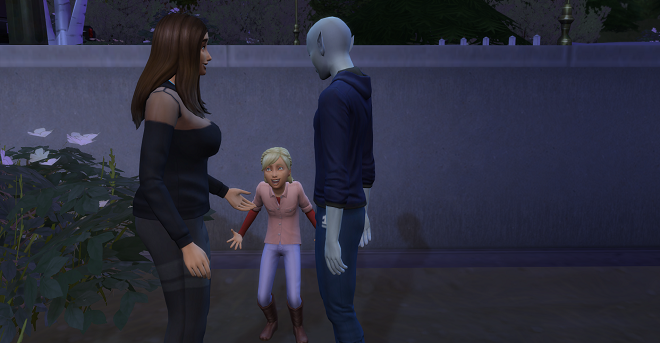 I obliged, picking up Sept’s hand, and kissing it, as if we were actors in Santi’s own private play. 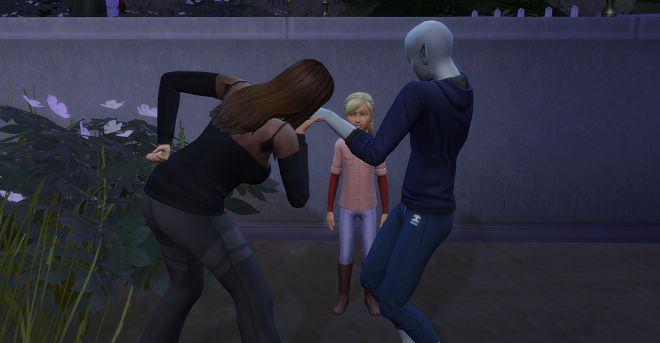 I was being dramatic, but Sept was earnest. I could feel warmth and sweetness flowing from him, and Santi seemed to bathe in the happiness. 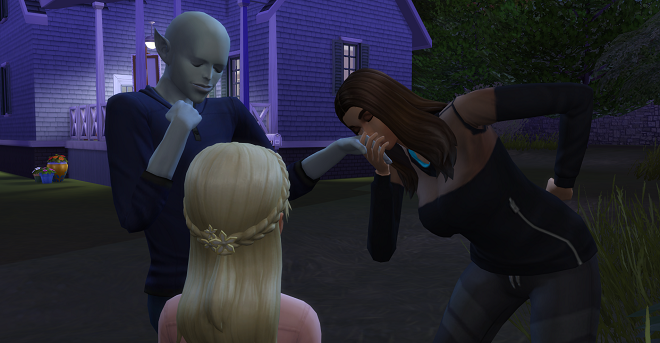 “Ritu called,” Sept said. “She thinks she’ll be detained in Willow Springs for a while, so we should just hang tight.”

I wanted to tell Sept all about what had happened, with the riot, the bullying of the kids, and strange effect of Santi’s music, but I didn’t want to talk about it in front of Santi. It could wait. 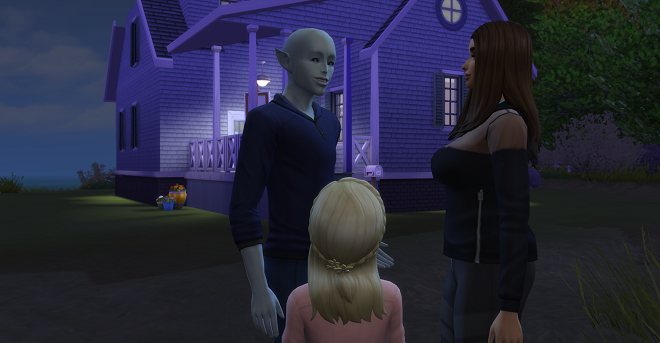 Santi began asking Sept all sorts of questions. With the language barrier, I’d hardly heard her speak at all, and I’d developed the impression that she was largely nonverbal. But she was a chatterbox when with someone who could understand her. 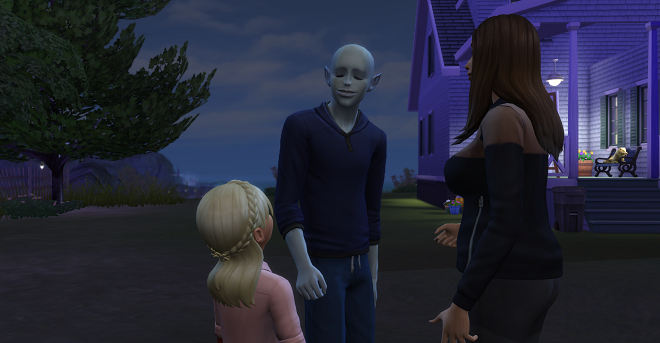 I left the two of them to become friends and headed up to the porch. As I walked away, I caught a few words, byukoda, mobizaabgotojo–“sweet home,” “dear caregiver.” 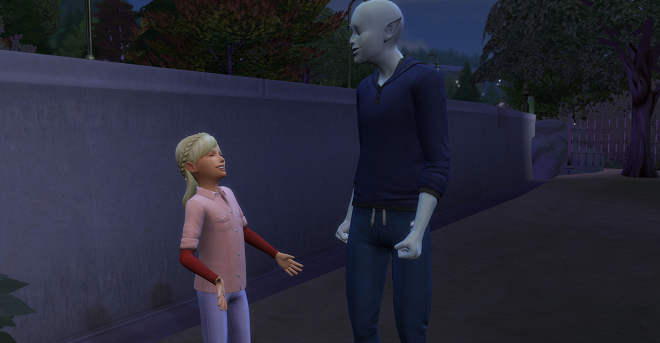 Sept explained that, here, she could show her true form, if she desired. It was her choice. 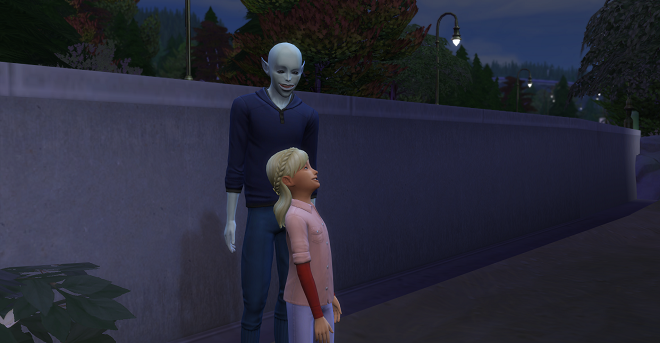 I glanced back to see her, a moonbeam in the flowers. 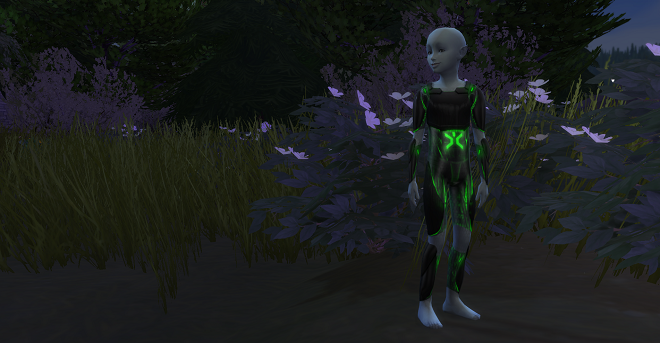 I stood on the porch, petting Mojo, who was beside himself that I’d come home, and watched the two of them talk.

Sept told me later that he was telling her that it was possible to make a home here on this planet. She’d asked if the planet herself would welcome her, being from someplace so far away. 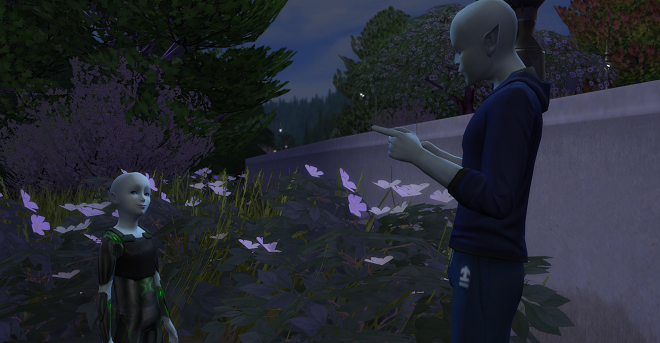 He said he asked her how she felt about that, inside, when she was very quiet and when she listened to the planet’s whispers. 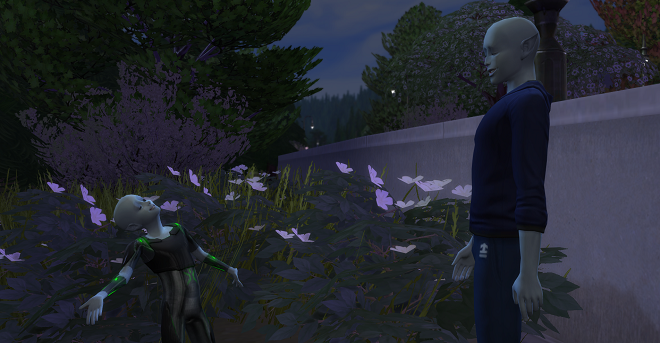 “She said that sometimes you have to travel far away to find your home again,” Sept said. 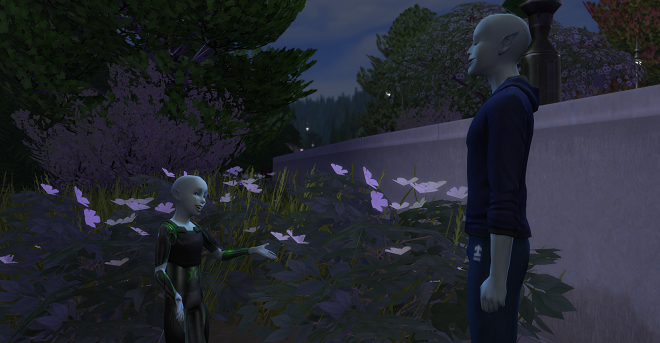 My heart broke that night while I watched her eating supper in our kitchen. We’d been given a few extra days, with Ritu being detained, but soon she’d come to take Santi to a new home, a more permanent home. It would be good for Santi, I was sure, to be someplace where she’d be safe and well-cared for. But I was in no way ready to part with her. 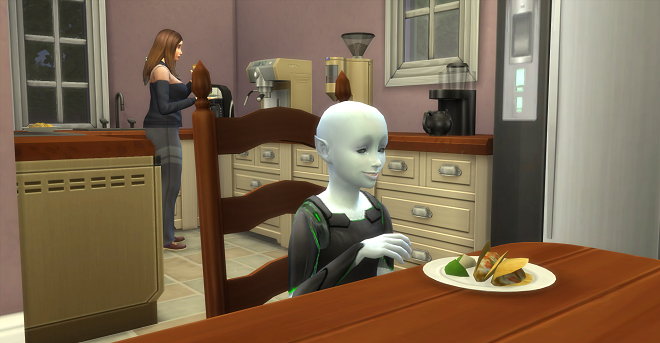