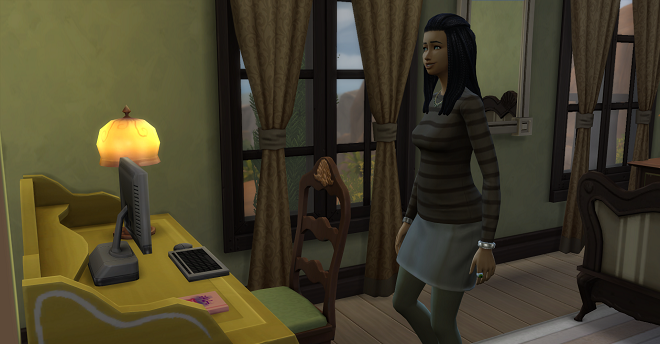 Sophie lived for “WarriorQuest: Bold Expeditions.” It was the greatest game she ever encountered. 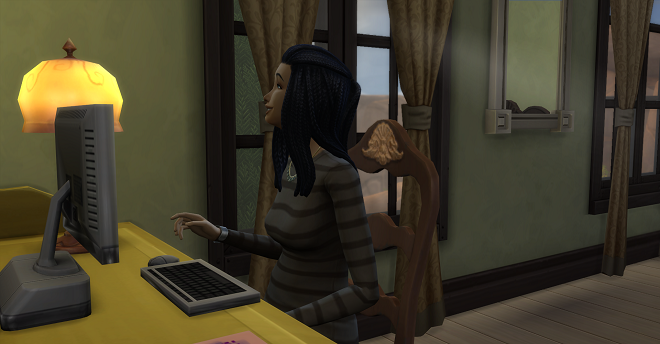 She played it in all her free time, when she wasn’t writing fanfic or drawing fanart. 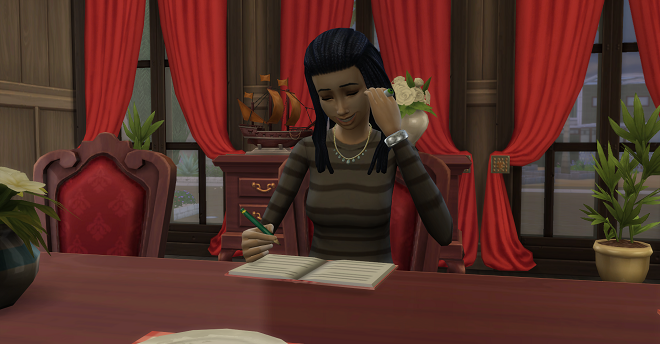 It felt like home to her–except for one thing. 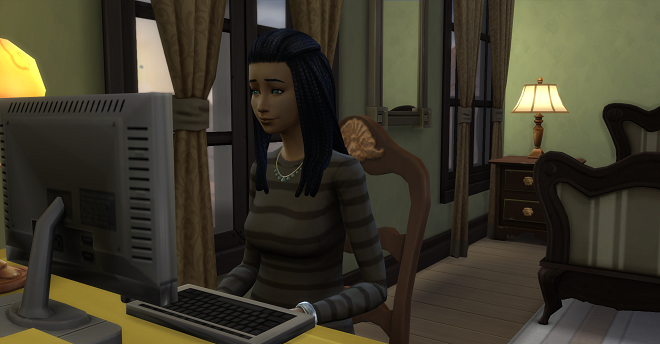 She couldn’t create any women that she could identify with in the game.

There were buxom Amazons and Raquel-Welch cavewomen. 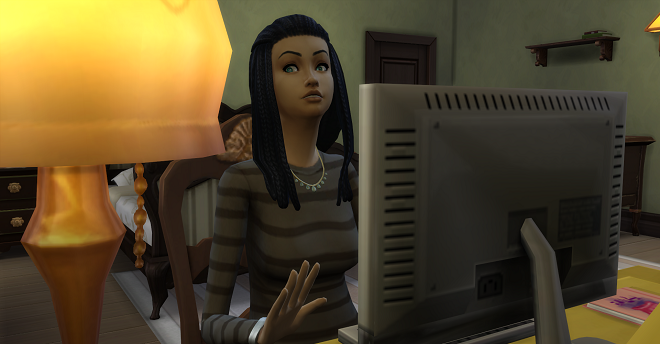 There were old witches, retiring hausfraus, or lithe fairies. 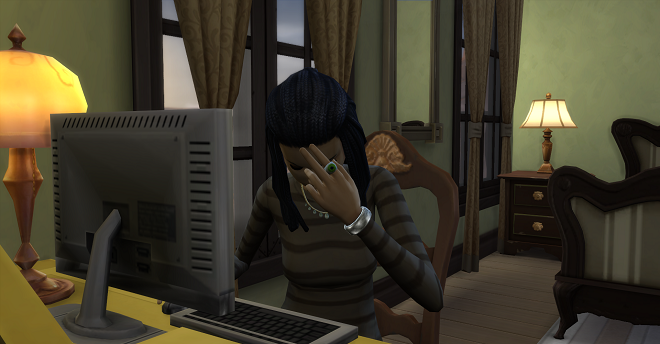 And that was about it.

So, she mostly played as an elf boy, and that was OK, for a while. 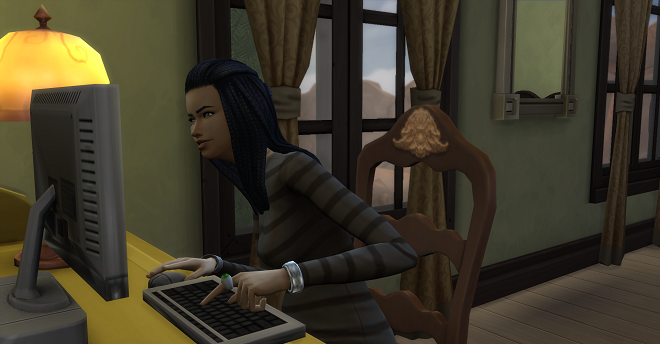 One day, the developers announced they were releasing, for free, a patch that included all sorts of options for creating female players. 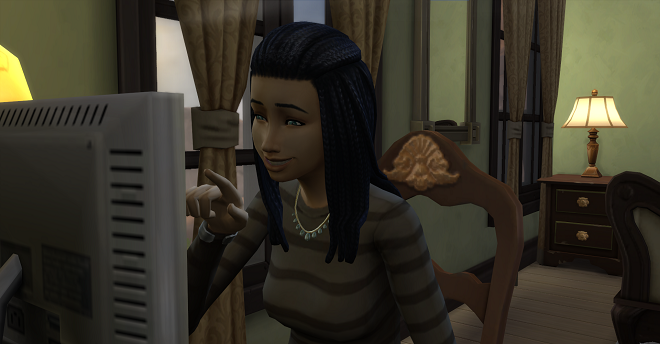 She and her friends at the game forum were excited. 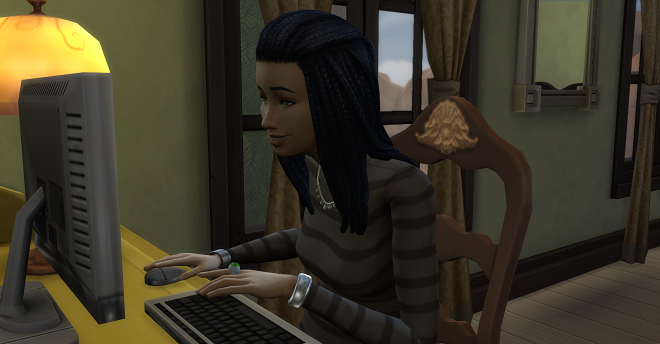 Me2, replied her friend. Thick waist, thin legs–can’t wait 2 c me in r-mor!

When she went in-game to the Character Creator after the patch, she discovered sliders, hair choices, and voices. She created a character who could, almost, pass for her.

But there were strange cropping issues with the hair. 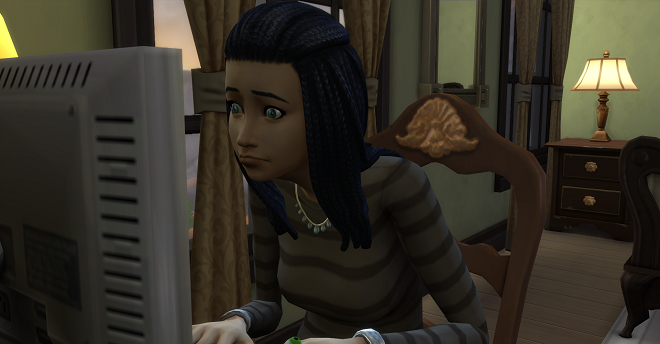 And some of her friends had weird glitches with their hips and breasts when they wore armor.

And, due to cropping issues with female anatomy, only a handful of the weapons could be used by women characters. 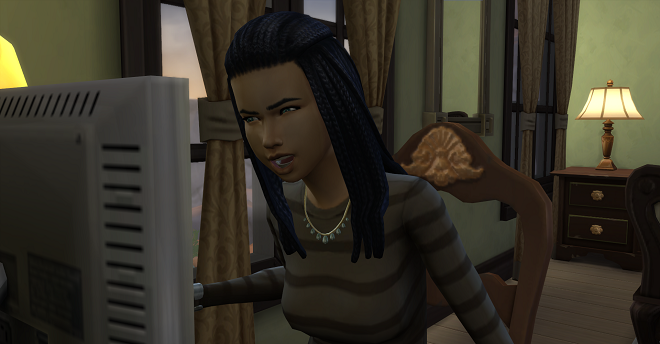 She and a few of her online friends asked the developers about these issues at the forums.

“We worked really hard on this! It’s free! You should be happy!” They wrote back. 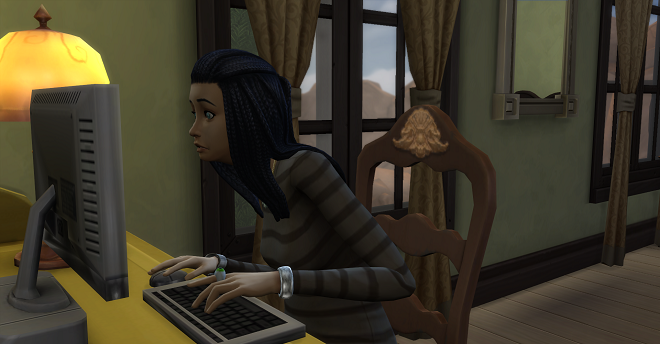 “Yeah, we appreciate the effort,” the girl gamers replied, “but we still can’t really represent ourselves in game. The armor doesn’t work. We can’t use all the weapons.” 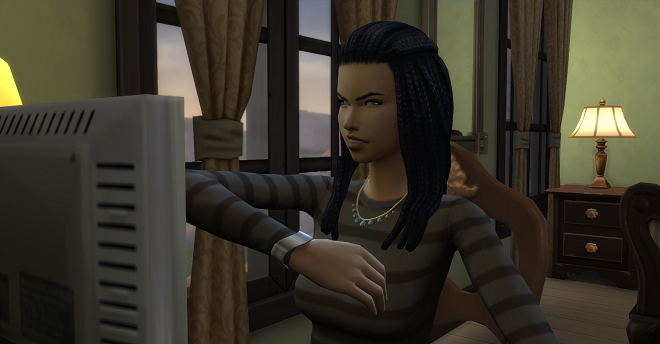 The developers replied, “Well, can you send us some pictures of women, so that, you know, when we’re developing the armor and weapons, we know what breasts look like?” 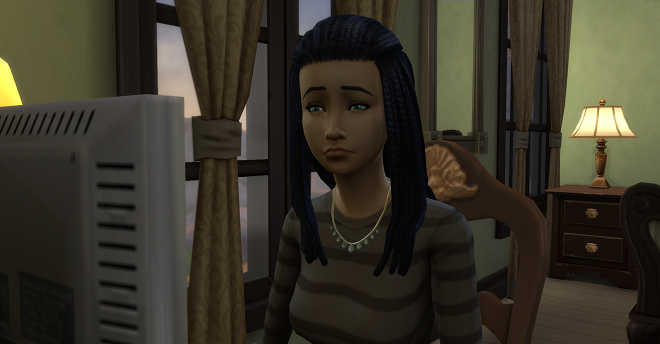 Author’s Notes: This story isn’t really about girl gamers. That story was written, brilliantly, by Cory Doctorow in Anda’s Game  (credit-where-credit-is-due: the girl playing as a boy elf comes straight from “Anda’s Game”).

This story is about this conversation reported in SimsVIP.

What’s the big deal about representation? Take a look at this article by Karen Pollock in The Queerness: “Cis is not a slur.”

What happens when we respond with defensiveness and stop listening?  Check out this article by Donyae Coles in Wear Your Voice Mag, “How ‘Good’ White People Silence People of Color Every Day.”

But we have such good intentions! Sure, and that’s a start. Now turn those intentions into action by challenging yourself. When you feel defensive, pause. Stop and listen. Examine your privilege, explore your biases, investigate your assumptions. Challenge yourself, and listen.

It takes a lot of work–it takes continuous work, continuous self-challenge, AND self-acceptance and self-compassion, to rise to the challenge and walk the talk. Don’t be afraid to admit when you’re wrong: as part of this broader society, we can’t help but take in some of the societal attitudes, values, and assumptions. But it doesn’t have to stop there: We can do the work to unpack it.

We can do it when we don’t rest on our laurels, when we embrace our own otherness, and when we are willing to, mindfully and with compassion, continually move towards understanding. It might be more important now than ever.