No one else showed up at the 2W to audition. That was OK. The main try-outs would be held that evening at Planet Honeypop. I ordered one last mango lassi from the juice-girl and headed across the street. There were usually some pretty amazing buskers in the plaza, and I had this romantic notion of discovering the undiscovered.

I took my spiked lassi with me.

“Not supposed to carry out the drinks,” said a repair-guy working on the utilities box.

He looked at me skeptically. He was cute, and I was picking up a Village People vibe from him.

I watched him work, letting my mind imagine him singing back-up to Vaneer. He began to hum in a rich tenor.

“You have a lovely voice,” I said. “You ever think about singing?”

I laid it all out for him. Sierra and the S-Boys. New boy band. I didn’t care if they were older than boy-boys. Men-boys would do just fine. We were going for an older demographic, anyway. The inner teeny-bopper of the hot-flash crowd.

I could really see this guy working out for us! 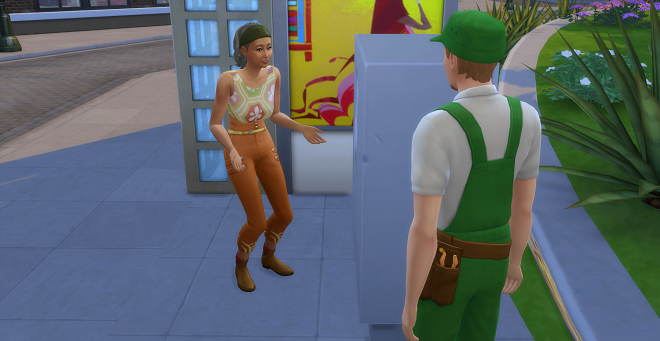 We worked out a few details. He’d swing by the house, do a trial, look over the contract. I got a good feeling about this.

Rylan Hitchcock, Handyman Extraordinaire. Potential S-Boy Number Two. I watched him walk away, enjoying how his tool-belt hung low on his hips. Tool belts. We were gonna have to pick up a few of those things. 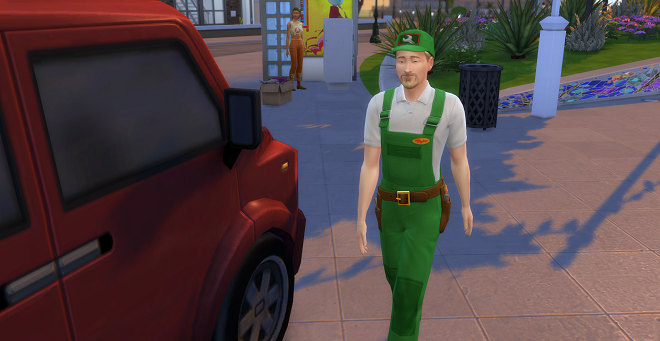 I was working on our first song. I wasn’t sure what it would be, exactly. I just had something running through my head.

The sun was setting, and I had half an hour before I had to be at Planet Honeypop.

Nobody was playing violin or keyboard or drums or guitar or harmonica or dancing or singing. But there was a guy pretending to be a gold statue.

Now, yeah. I was definitely feeling that Village People vibe. Like real strong.

And his skill was amazing. Three of us jeered, cheered, and cat-called. And he didn’t blink. What if? What if we did a golden statue number?

You make me feel…

Oh, yes. I could so see him there in the background, frozen, until the right moment, then come-to-life!

I left him a hefty tip and dropped my business card along with it.

“Planet Honeypop,” I whispered to him. “Eight o’clock tonight. I got an offer that’s pretty sweet, and you’re one of the guys I wanna make it to.”