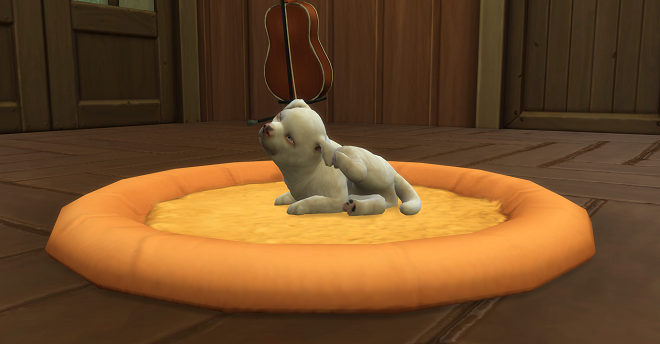 At Babe, Bosko, and Bartholomew’s whelping, I made a promise never to choose favorites. How could I when each pup was as cute and smart as the next?

Emery has taught me that favorites are always possible. 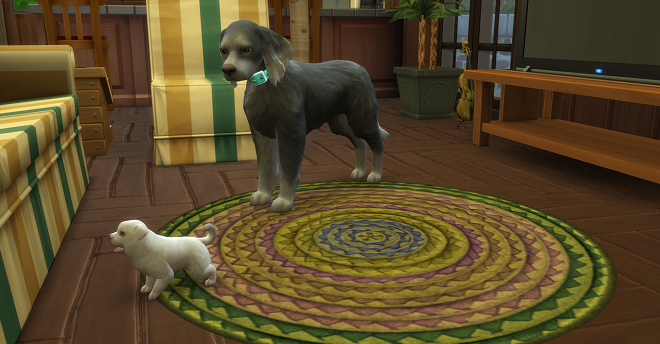 Without intending it, we’ve each abandoned impartiality. This white pup is adored beyond compare by all of us.

It won’t move if you bark at it, Caleb told his grandpup. Can’t go over it. Gotta go under it, Little Twister. 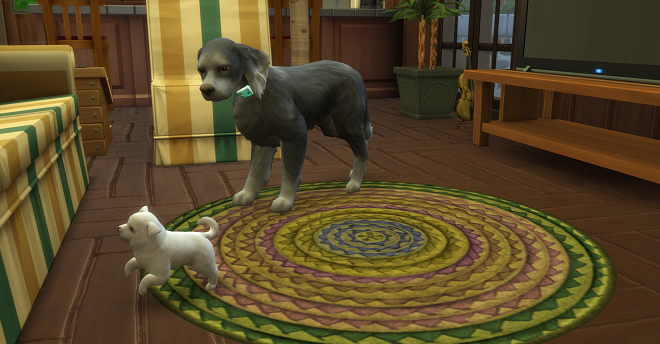 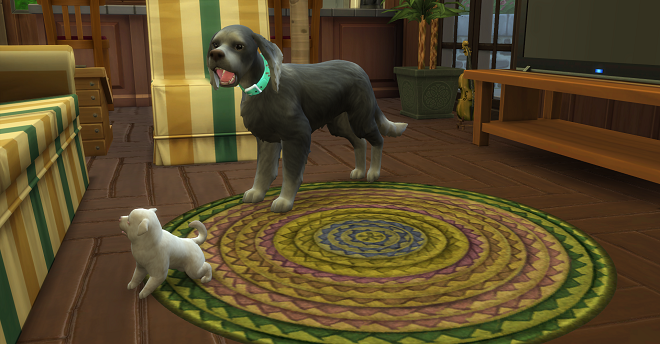 Lucas made sure that, even while we doted over the pup, the big ones and the old ones got plenty of attention, too. 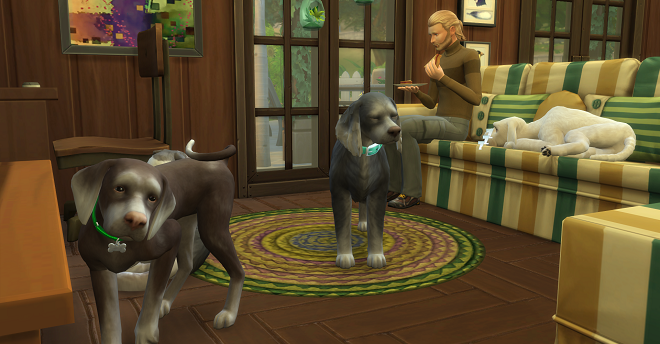 And Chloe made sure that Lucas, no matter how hard he worked to keep up with the never-ending chores, had cheerful company while he toiled. 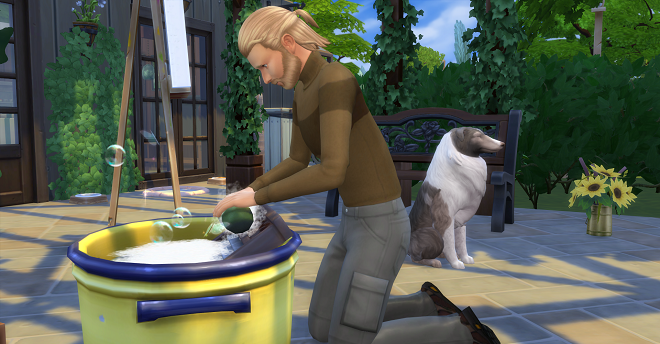 Lucas wasn’t the only one she cheered up. Chloe adopted for her role “Resident Happiness-Maker.” 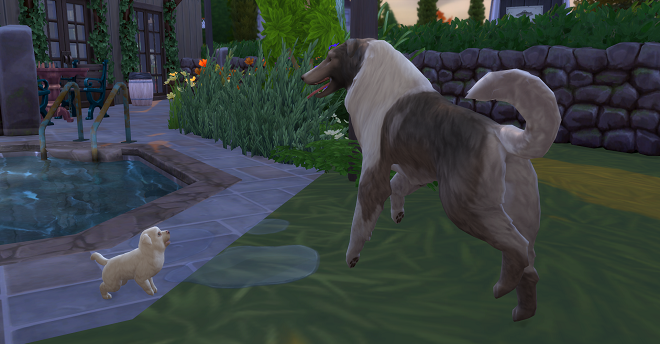 She taught Pounce to the pup.

Not so silly as you, Little Twister! 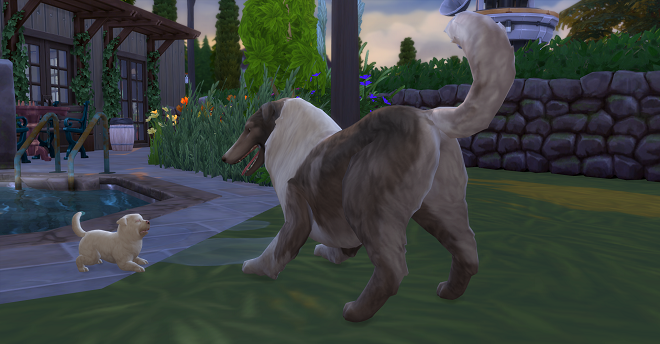 One night, I found Dustin cowering on the porch and Caleb looking on with concern.

“It’s too soon for another visit from the hooded one,” I told them. “What are you two scared of?” 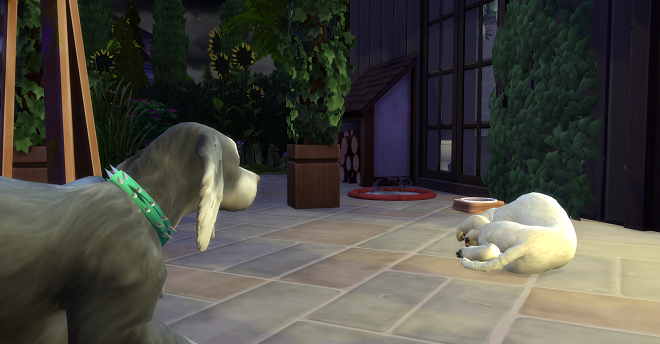 Caleb nodded towards the pup-bed where Otter slept in her transparency. I smiled to see that the memory crossed paws had stayed with her, even as she moved from realm to realm. 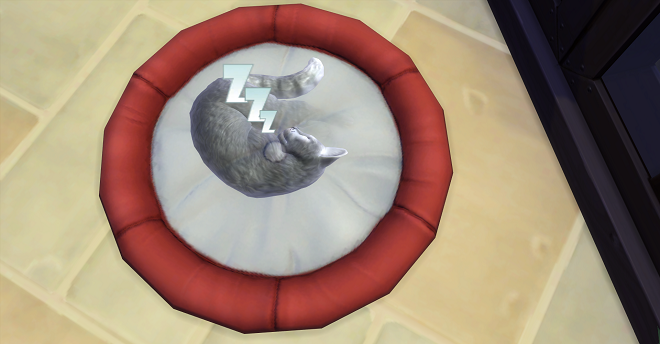 In the morning, the Twister had become a dust devil.

“Weren’t you white once upon a time?” Lucas asked the pup. 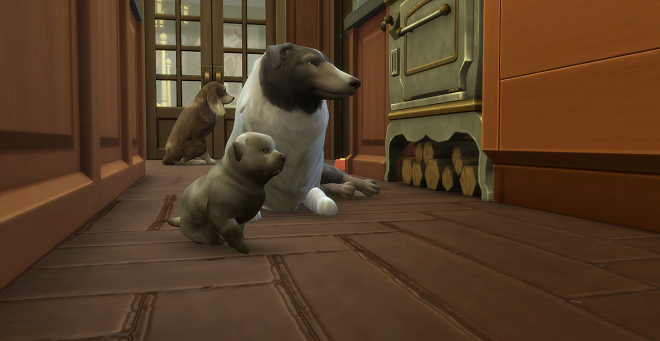 Chloe smiled at her dirty puppy. 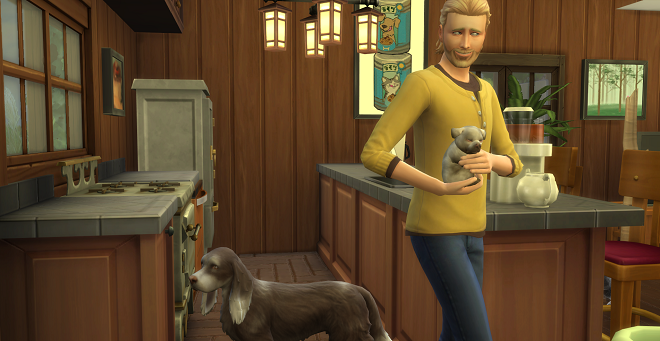 And by the time tea had brewed, Emery was as bright as the Dog in the Moon once again. 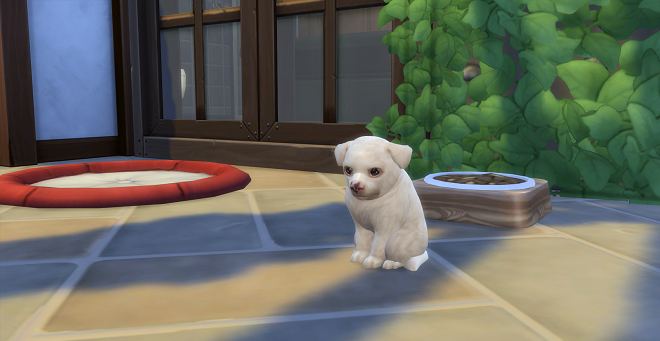 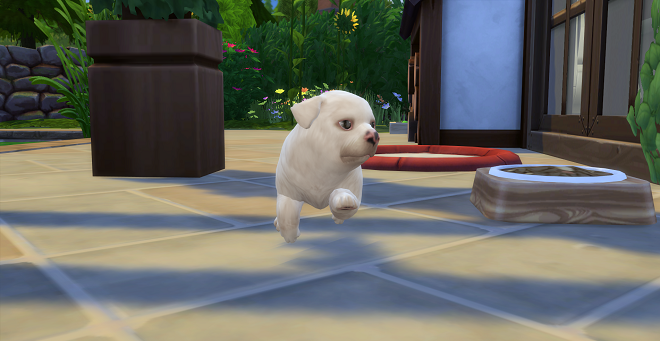 Wait! There is someone behind me! 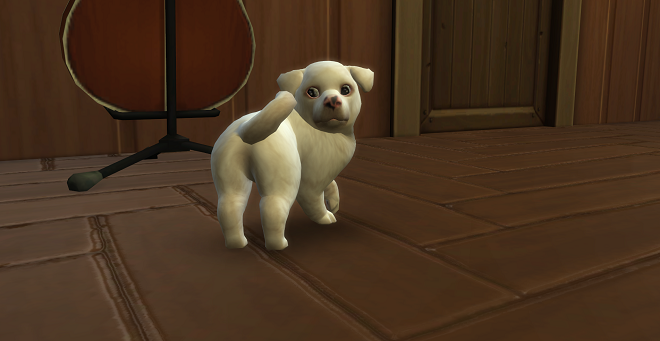 It’s Tail the Magnificent! I’ll get you, Tail! You can’t escape me! 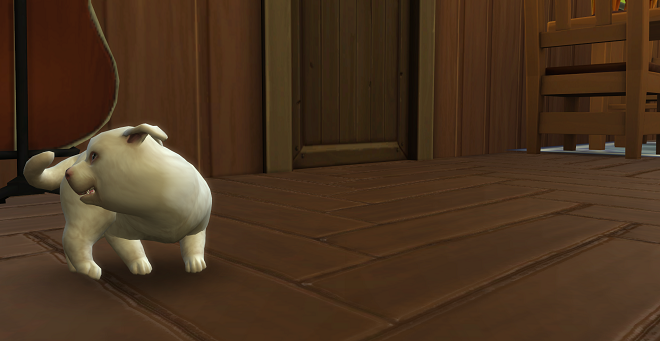 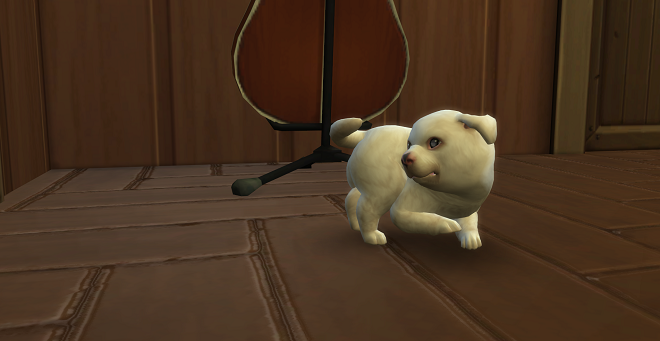 OK. You are. A-oooo! My tail is faster than ma-eeee! 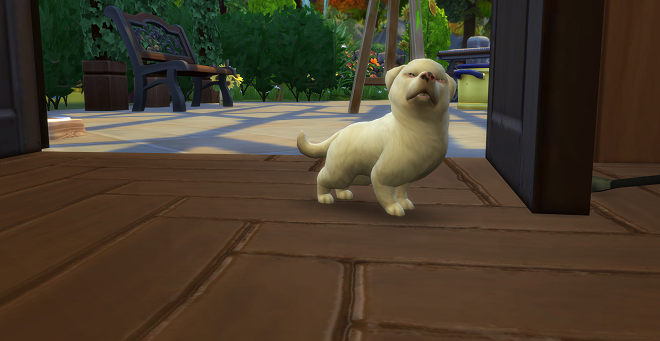 And with that, everyone’s favorite sat to contemplate tailness, and how, though it always seems to follow, we can, no matter how hard we try, ever actually catch it. Ah! Such vast mysteries in life! And what is a tail, anyway, and why do we even have them! 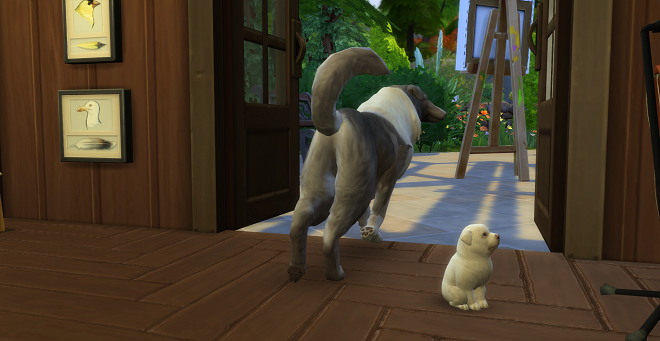 Chloe left life’s riddles to the little one, while she went in search of the next to need her smile.