Bands of energy cross the universe, and when we, more spirit than form, move through them, we become imbued with feeling.

That is why, on my next visit to the house, I was charged with eros, the fuel of the Prime Mover, the very source of creative energy.

“What do you say about getting to work creating a pup?” I suggested to Emery. “Ready to keep this lineage going?”

He seemed to like the idea all right. Though friendly with both Nougat and Prissy, it was the border collie whom he approached with raised tail and snout. She ducked her head for him. 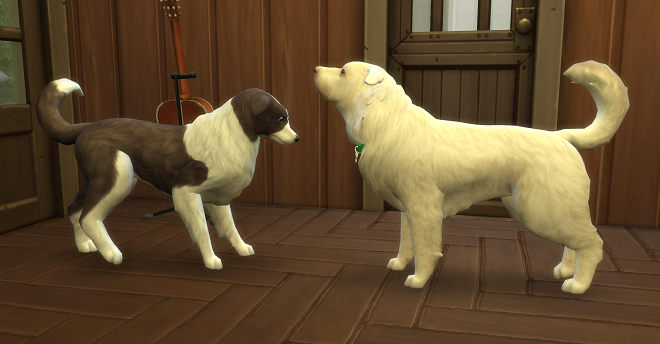 Soon they nuzzled, then off they went, chasing each other through the meadow, and into the woods.

I left, happy to imagine the fine-looking pup that might come call them sire and dam.

When I next returned, Prissy showed signs of pregnancy, swollen teets and a belly beginning to sag. 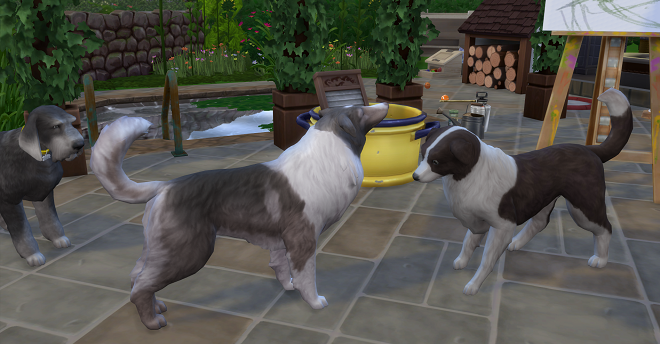 I left again, pulled by the invisible lines transversing space, and when I returned the third time, Prissy lay on the patio with the early pangs of labor.

She settled on the couch, and I kept vigil while she rested between the bursts of pain.

In the wee hours, with a whimper and a stretch, she bore her single pup, a white silky male a near image of his sire.

“Because you make me happy,” Lucas said. “You’re our Luck Pup.”

How has this funny boy, Lucas, grown into such a fine man, finding joy in puppies and dogs, living his life with my furry estate? 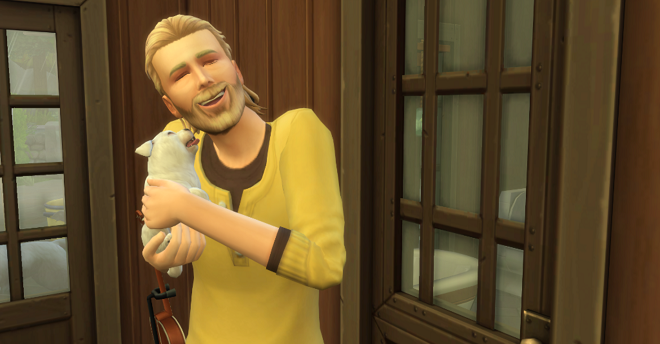 Prissy, proud of her little pup, wasn’t quite sure where to begin–did she follow Miss Molly’s not-coddling advice? Chloe’s pounce advice?

Or could she come up with something that was authentically her?

Before she could decide, in rushed the grand-sire and grand-dam, and there was Lucas, in the midst of the commotion with the little pup barking up at him in a high puppy voice.

“What do you want, little guy?” Lucas asked.

And it sounded like Felix barked back, “Pounce me!” 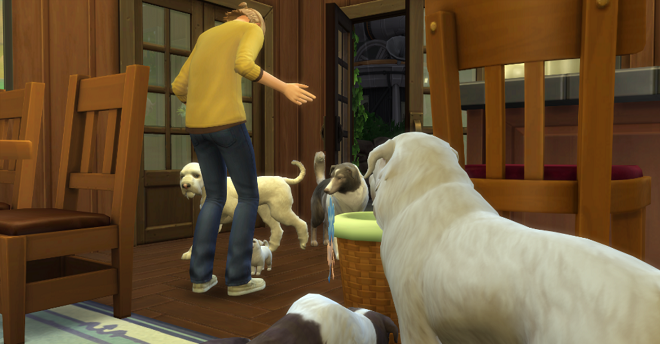 A little rub calmed the pup, but Chloe had caught the spirit of fun.

And the round of play had begun.

Bands of energy crisscross this earth, too, and when we spirits move through them, we pick up the feelings in the fiber of our remembered form. This is why, after visiting with Felix and his family, I became colored with the light of happiness. I don’t mind belonging to the After when I can still visit the Now. And when the Now is filled with puppy, it fills me with joy.