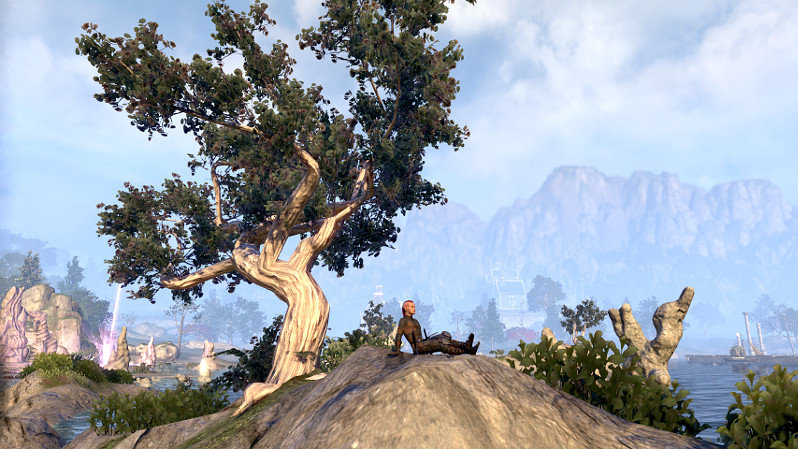 In my experience, anything can be stolen. Possessions, ideas, lives, anything. One just needs to have enough skills, ingenuity, patience, and dedication – though sometimes power and luck were enough. Of course, it was a specific type of each. It required skills like walking very quietly, planning every little detail and still having enough room in one’s head to think up a new plan if everything goes to Oblivion. Maybe that last part was also the ingenuity. The patience needed was the kind of patience that enabled one to wait for hours, sometimes during several days, to find the perfect moment to strike. Or in some less glamorous cases, the kind of patience that enabled one to lay low long enough for it become embarrassing when things went wrong. Like they had gone in my case, sadly enough. And dedication was the kind of dedication that meant pretending to be very interested in building an embassy just so one could get into another embassy without anyone asking questions… and then actually helping to build that embassy just so no one would ask any follow-up questions.

I… have a rather long list of odd jobs I’ve done over the years.

I’m honestly surprised so few have made the connection.

Maybe it’s partly because I can be inconspicuous when I want to. Maybe partly because those who do make the connection suspect anyone who happens to be Bosmer of being a thief, which in some cases actually makes it more difficult for them to point out those who really are living up to that prejudice. And yes, being labelled a thief merely because of race is incredibly insulting, but even insults can be taken advantage of.

I’d been hearing relatively few insults lately, though, if one didn’t count the barbs that Velsa had for everyone around her. Before I found myself somewhere in the forests of whatever-province-I-happened-to-be-in or in the bowels of Daedric realms, I had been laying low in Hew’s Bane, actually spending time with the Thieves’ Guild, the only group I felt even a little bit at ease around. Oh, sure, I had joined many guilds during my life, and most of them still had my name (or a name they connected to my face) in their ledgers. Most were even quite friendly and always had assignments for me whenever I stopped by. The Mages’ Guild, the Fighers’ Guild, even the Psijic Order… they were all ready to offer me a place and work. None of them seemed to notice that things disappeared sometimes during my visits, considering they were all still very friendly with me. But they weren’t… my people, if that kind of term could be thrown around. Not that there really were any my people, really. There was just me and people who might find me a visitor in their lives for a short while. Sometimes they might even invite me in. Some of the members of the Thieves’ Guild were currently the closest thing to actual friends I had, and even that was stretching it a bit.

There was Quen, who climbed better than spiders and had the endearing, hopeful morals of a novice who was maybe a bit too kind to really do crime.

There was Walks-Softly, who was always the best dressed person in any place he walked in, and who I liked to occasionally get drunk with.

There was Velsa, who, despite the aforementioned insults, was there to make sure we didn’t get ourselves killed.

And there was our leader, Zeira, who was a bit too naïve, but learning. And she was fair, which was more than most thieves could boast to be. And not stupid fair either, just… well, sensible, the kind who knew that inspiring actual loyalty through being a decent person was better than trying to run a guild where everyone distrusted each other.

I had known it would be hard to leave them, especially after we’d had some good times together. Breaking into citadels, taking down a whole organised group of militaristic lawmen, even crashing a wedding (we all looked ridiculous running away from guards in velvet and silk, not that it had felt ridiculous at the moment – worry and panic had been the first feelings that had come to mind back then).

It probably tells a lot about me as a person that I think those things are good times, but at least those times are mine, and they’re times when I could actually rely on someone for a moment. For a comfortable few months, I could cling to that. Then it became too much. It always does. Of course, the real reason I had to go was that something important had been taken from me, but I know I would have put some distance between me and the Guild for some time even if that hadn’t happened.

You see, I had a problem with getting comfortable. I wasn’t used to it. My whole childhood had been comprised of being uncomfortable, sad, or wanting to get away. My mother had fanatically seen to that. Well, no, she had fanatically seen to me growing up into a perfectly traditional, respectable Bosmer, even though some of her traditions were so archaic most of the others didn’t bother with them. It involved a lot of hunting and rigorous training in the woods, which was nothing out of the ordinary, and long periods of time locked in small spaces when I disappointed her, which was a bit more on the unconventional side.

I think it all was because of my father. I don’t know who he was; it always varied depending on the mood mother was in. Sometimes she claimed she had had a tryst with Sanguine himself, but I found that very hard to believe. My guess is that my father was just some stray Bosmer, who didn’t want to stay to raise a child, and mother had never accepted it. And yes, that’s all I’m willing to even think about regarding my childhood. Especially now when I felt like nothing I had learned back then – or even after leaving – were of any use. All of a sudden I had entered a world where Daedric Princes played tug-of-war with live bodies and people’s fates, a world where I was suddenly in the wrong/right place in the right/wrong time uncomfortably often. A world where I had been very much robbed. And yeah, that was very definitely an insult. Not just a professional one, but… an all-around one.

I knew that anything could be stolen. And that anything also included souls. But it was altogether different to know it was possible than to endure it yourself. Especially when said theft involved chains and knives and a whole lot of pain.

I’m not going to lie, I haven’t felt this violated in… ever.

I had known this world was a playground to bastard gods and dangerous monsters. One couldn’t live on Nirn and not know that, unless one spent all their time in a cupboard, sticking their fingers in their ears. But for the most part the gods and the Daedra had left me alone, or then I had just managed to slip their notice by not being interesting enough. And by being lucky, because who knows what made those bastards tick? But now, all of a sudden, I had seen more Daedric Princes in a few months than I would have cared to see in my entire life.

I hadn’t liked gods much before now. But now I was really starting to hate every being who had enough power to completely mess up mortals’ lives.

And you know what? I think even those gods should be sometimes reminded that anything can be stolen. 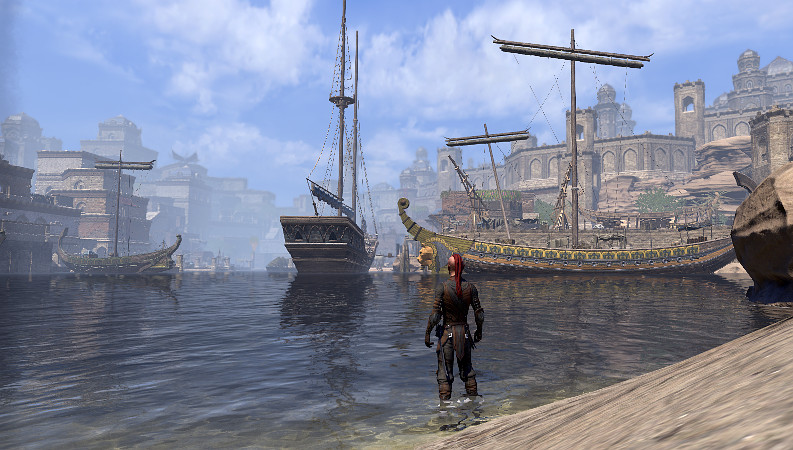 That’s probably a safe enough thing to say. Vague enough to not raise too many questions and specific enough to make me at least somewhat approachable. And it’s something many people can agree with, unless their loved ones have been taken by the sea. It makes me enough of a real person, who might have a real life somewhere, that most don’t take too much notice.

And yes, while it’s a tactical thing to say, it’s also true enough. Oceans are borders, obstacles. They’re nice to have between me and my ancestral home, since my plan to stay as far away from it as I can keep being thwarted by Valenwood being an annoyingly central location in Tamriel and my work and current mess of a life taking me all over the place. I can also admit that the sound of the waves is soothing and makes me remember how insignificant most of the petty things people concern themselves with are. And despite giving me the comfort of separating me from things I don’t want to be near, the ocean also provides nice routes to various places if one has enough knowledge of the… shipping trade, as well as light feet.

If nothing else, I can brag that my feet are at least light enough to get me out of most of the trouble I find myself in. Even if it means I have to keep them constantly moving. Not that I mind. I don’t like staying still anyway.

Some call me a drifter, and that’s fair enough, I suppose. Though usually I’m purposefully moving somewhere or away from something, so I’m not sure if that qualifies as genuine drifting. Some frown upon me for being a Bosmer and start thinking of the classic cannibalism-rumours, even though I couldn’t care less about the Green Pact or the other Wood Elves. But I suppose they wouldn’t know that, whoever they are. They’re not supposed to know. Those few who know more assume I’m so reluctant to be associated with my kind because I got in trouble back home. That’s not completely true, considering I wanted to leave even before I got in trouble (thank you very much, mother). As a young Mer, I imagined storming off, turning back right at the border of Valenwood with a fistful of freshly picked berries in one hand and a rude gesture in the other (beyond the border, of course; I may not care much about gods, but I’m not stupid enough to step too hard on Y’ffre’s toes). Instead I left with blood on my hands and trauma on my shoulders. But no one needs to know that.

Some think that I’m just some homeless, lost soul – which might hit a bit too close to home. And since I’m not miserable-looking enough to be a beggar, they assume I’m a desperate pickpocket, which is a bit insulting, considering I’m a professional pickpocket. Well, burglary is more my style, but I’m not averse to going for the pockets either if the job calls for it. It’s one of the few constants in my life: outwitting people, sticking to the shadows, the usual thiefy lifestyle. I’ve been mostly alone, not important to anyone, just the way I’d got comfortable with.

I think I used to like that. But now… gods and Daedra know I’m in deep enough trouble to actually need more than just light feet to survive.

People. I need people right now. I need more than just contacts or professional acquaintances. For survival, for… maybe even for some kind of healing of spirit, if one wants to go for that kind of nonsense.

It’s funny… for decades, I was sure that I was fine with an uncaring world. That no one needed to know me. That I didn’t need to make too much of an impact. Yet here I am, doing impossible things and thinking to myself how I would tell my story if anyone ever cared.

Maybe even more surprising was that eventually, I came across several who do care.