Slowly, the view from the balcony stopped beckoning CT elsewhere and began to welcome her here.

Each morning, she looked for clouds. Sometimes, they were wispy remnants of fog. Other times, they preceded storms that rushed in from the ocean. Rarely was the sky without cloud, except perhaps on a chilly night. Through the months, the clouds became friends of a sort.

CT made slow friends, too, with Geeta, who lived next door with her grown son, Raj.

“Something smells wonderful!” She’d say. “Is that basil?”

The balcony garden provided plenty of herbs and spinach for CT’s dishes.

Geeta never would, though she’d always accept a plate of whichever dish CT had cooked that morning.

Atharv had stopped by to check the fuse box one Sunday when Geeta knocked at the door.

“Mr. Kumar?” said Geeta. “Rent’s not due ’til next week. I hope there’s nothing wrong with the building.”

“Oh, my dear Ms. Rasoya,” Atharv said. “Something’s always wrong with this building. Fortunately,” he added under his breath.

“It’s not rats again, is it?” Geeta asked, aghast.

Relieved to hear that the rodent infestation hadn’t returned, Geeta finished her quiche and drank a cup of coffee before heading back to her apartment.

“The fuse box awaits,” Atharv said, as she was leaving. “Wish me luck!”

When he finished with the faulty wiring, he found CT at her easel. He stood behind her while she worked.

“Art assumes new meaning in the city, yes?” he asked. “When Mother Nature hides, the artist helps us see that, even here, surrounded by concrete, we find beauty.”

CT thought about his words. What was beauty?

What made some shapes and patterns of colors settle the mind into a sigh?

Atharv stepped onto the balcony while CT continued painting. She was just squeezing a little more phthalo blue onto her palette, when he came back in.

By the time her attention emerged from the canvas, the front door was closing. Atharv had left.

When she reached a stopping point, she stepped outside for a breath of fresh air. In the corner of her balcony, stood her bonsai, freshly trimmed by Atharv into a windswept form.

She remembered rocky bluffs along the coast and a feeling of home rushed in on her. 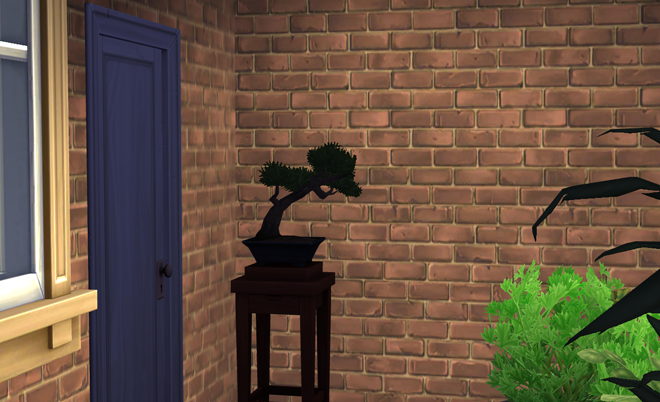 Through the winter, she often took her canvas out to the balcony. She could always find something to paint: the windswept bonsai; the container garden; a corner of night sky; the city streets.

Across the avenue, the arched windows of the Queen Anne building spoke of warmth and faded opulence. Maybe human history could be as interesting as natural history, almost.

The apartment remained in tip-top shape for months on end: no rodents, no roaches, no sparking fuse boxes, no leaking pipes.

CT pursued her career as art critic, squeezing in plenty of time for her own painting, writing, and music.

One evening, when she was listening to a new violinist busking in the square, she heard someone call her name.

It took a moment to recognize her landlord without his tool belt and red baseball hat.

“So you really do exist!” she said.

He laughed. “Ah, yes! I am more than the apartment fix-it genii! I have a life outside the bottle of antiquity!” 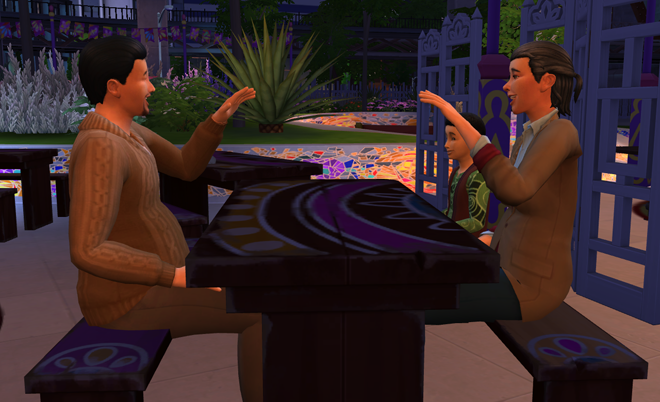 They talked about music. Atharv’s father played sitar, and he grew up with music as part of the landscape of his life.

“The ears learn young,” he said. “This is strange for me, these tones.” They listened to the Irish folk songs the violinist played. “Bach, too. Or, your favorite, Brahms. It sounds funny to me. But I learn to listen new. I learn to hear that beauty doesn’t need a drone or raga. Beauty exists in Western harmony, too! And so, my understanding of beauty, it grows!”

The next afternoon, CT looked over the Queen Anne apartments towards the hills. She still felt a pull on her heart every time she saw a natural expanse. Could she, too, experience an expansion in her understanding of beauty? 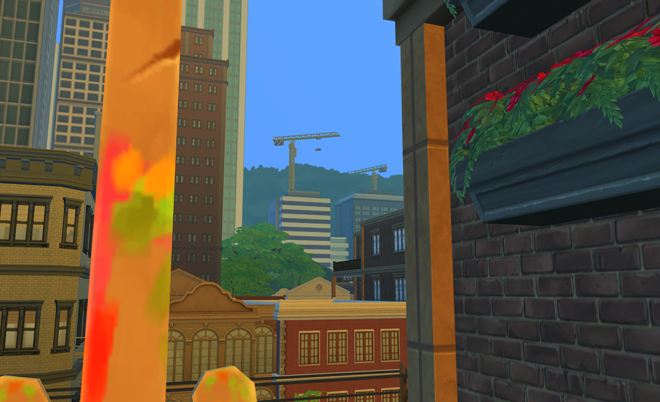 Beauty, for her, was connected to expanse–to wide views of sky and cloud and sea. To hills that rolled back towards the horizon. To blues that belonged to nature. Was there a division between the natural and the constructed? Could beauty expand to such a degree that it integrated all? She wanted to ask Atharv how his ears managed to hear home in both the tala of the east and the meter of the west.

Thanks for writing. OK. I get it. You don’t feel like traveling, and you’re not coming to visit. I’ll stop asking.

Just as well, I guess. Our house is crowded.

I don’t just mean with two adults, two teens, a dog, and a cat–but with spirits. Some nights, our home is so full there’s hardly room to sit!

It’s a weird feeling. You ever been around ghosts? Sometimes, it feels like an air current or change in air temperature, hot or cold. Sometimes, it makes me feel queasy. It always interrupts what I’m doing or getting ready to do.

I guess it’s not the worst thing. Keeps me feeling close to Mom, Dante, and Uncle Frank. It makes me feel like there’s some kind of continuity and that all that’s come before isn’t lost. We’ve got ways of remembering, like taking a picture, but a picture that we store in our spirits. Eh, didn’t mean to go all metaphysical on you.

Speaking of forgetting what one’s doing… you won’t believe what Riley did. Or rather, forgot she was doing.

She was grilling hotdogs, when Zoey came out to play, and she started playing with him.

And the next thing you know, we had a fire on our hands. Zoey tore outta there as if the Reaper were on his tail!

I came out with the fire extinguisher. I’ve done this before. Lucky thing, too, for I was able to put it out and everybody was OK.

I had all this adrenaline built up, though, so I went for a long jog all through town. So much for spending the afternoon working on my novel, which is what I’d planned to do!

I was glad, though. Running home, in the soft rain, with the mist kissing the mountains, I realized again how much I love it here. It’s beautiful like nowhere else.

Do you feel that way about your town?

I think we develop a sense of home-aesthetics; at least, I do. Wherever I go, I measure it by home. Has it got mountains? If not, it might be beautiful, but it’s not capital-B beauty.  Is it raining or snowing? Do clouds soften the light of the sun? If not, maybe it’s bright, yeah,  but it’s not Beauty. Are the trees covered with green leaves, and does frost make the meadow sparkle? If not, it’s not got the beauty of home.

This day was home-quality perfect beauty all the way.

It was really pouring by the time I reached home.

There, standing in the rain, looking at our house, was a stray cat.

Seeing the cat there brought back so many memories. Did I ever tell you about Stray Dog? That was my first true love. Stray Dog was this cute old gray fellow with a curly borzoi tail. He showed up at our place on a rainy spring day.

We always wanted to adopt him. In fact, my mom spent hours every day while I was at school out playing with him until he’d let her pet him, and then brush him. And then they became friends. And then best friends. And then, he wandered off once more, and we never saw him again.

I looked for him for weeks. We even cut our vacation to the desert short because I wanted to get home, in case he was waiting for us.

I learned a lot about love then. I thought, at first, that because we loved him so much, he’d have to live with us. Doesn’t love require that it be returned in kind? When he left, I felt so forlorn. I was convinced he didn’t love us, after all. And so, then what was I to do with all the affection I felt? Was I wrong to love him, if he didn’t love us back? My mom said that love is never wrong, and that love comes in all sorts of ways. Just because he wandered didn’t mean he didn’t love us. Just because he wanted to live as a free dog, who belonged to no one, didn’t mean that he didn’t also love us. It just meant that he had to live free.

I remembered all of this while I played with the stray cat. But I can’t help that I also felt growing in me this strong desire that it turn out differently with Stray Cat.

I’m sure once she gets to know me, Riley, Bo, Patches, Zoey, and Roxey, she’ll want to live with us. After all, we’ve got organic gourmet beef kitty chow!

You know what else we’ve got? Organic veggie burgers!

Be well, Shannon. I love you. I miss you.