A letter to Brio

I hope it’s OK if I write you. I know it’s been a while. I honestly don’t have anyone else I can ask about this. I can’t got to the doctor.

But you’ve been there. Many times over. I’m hoping you can give me the reassurance I need.

Firstly, is it OK to be hungry all the time? I’m guessing it is… “eating for two,” and all that. But is it OK if the food smells off, and my appetite suddenly disappears before the meal is done?

I thought I loved grilled cheese, but I have been suddenly craving yogurt with sauerkraut.

Is it OK to feel suddenly, blissfully happy?

I am guessing yes. New life and all.

But what about the light that sparks out when the baby moves? That can’t be right, can it?

What is it? Electricity? Phosphorescence? Gas?

Were you tired all the time?

Sept has been amazing. He’s taken over all the chores, and he tells me, “Pops, just relax.”

So that’s what I’ve been doing. As I get closer and closer to the delivery date, it’s hard not to worry about how the baby’s going to get out.

Xirra said the incision they made would simply open, gently and relatively painlessly, when the baby began emitting birth-hormones. But I don’t understand how. The scar is completely sealed up now.

But you got through it. You’ve been through this many times.

I should have written this letter much earlier. I’ll put it in the mail, but I have a feeling there’s no way your reply will come before the baby does.

I have a feeling you’re going to be surprised to hear from me. Not that you know who I am–just that I’m writing. You see, I joined the pen pal project in order to get in touch with you.

I’m not a stalker. No. It’s that your kids asked me to write. You see, I belong to an online community for a group of people who are part of a government program. It’s a special program to give homes to kids who need them. Most of us have some kind of experience in education or working with children.

The kids we’ve adopted are a lot like your kids. And your kids, Sirius and Vega, in looking for children like them, came across an online forum we’ve started. I guess our security isn’t as good as I thought–either that, or Vega is a skilled hacker. The end result is that your kids got into our forum, saw us talking about our extraterrestrial kids, and then they emailed me.

They sent me a link to your Pen Pal Project profile.

I must admit: I was very surprised by it.

You’ve got six kids? And, though you’re a dad, you carried them? And did this have anything to do with those hours you can’t remember?

Well, I have a lot more questions, but I feel it’s rude for me to ask them before we’ve even met. Your kids sound really well-adjusted and happy, so it seems like your life is working out well now. I’m glad about that.

I guess I should tell you a bit about me.

I was trained to be a children’s librarian. I work at home, though, as a writer, painter, and dad. It’s a far better life than I could have ever dreamed up.

My boy, Septemus, amazes me. I don’t mean this in a prideful way, for none of it is from me–it’s all him. Well, your kids seem amazing, too, so you probably know what I mean.

We do a lot of typical Dad-Son things. We dance. 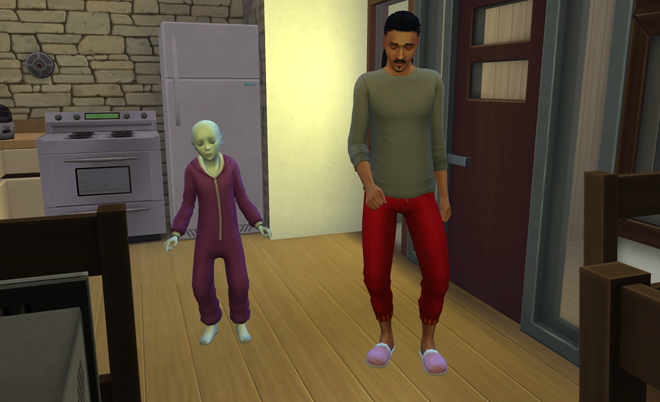 He calls us the Taco Kids. I don’t always know what to make of the things he says.

He started talking about black holes this evening and how they have the capacity to devour entire solar systems.

“Where do you suppose a civilization goes when the black hole eats it?” he asked. “Like for example, what happens to the library books?”

I think it’s going to be good for me to be able to talk to another parent who’s been there. I hope that you’ll accept me as a pen pal, and that you don’t think it’s too presumptuous for me to write you or that you’re bothered by your kids getting in touch with me.

I’m counting it as a blessing, myself. I’ve got a feeling you might be able to help with some of the answers I seek. And at any rate, I could use another dad’s advice. 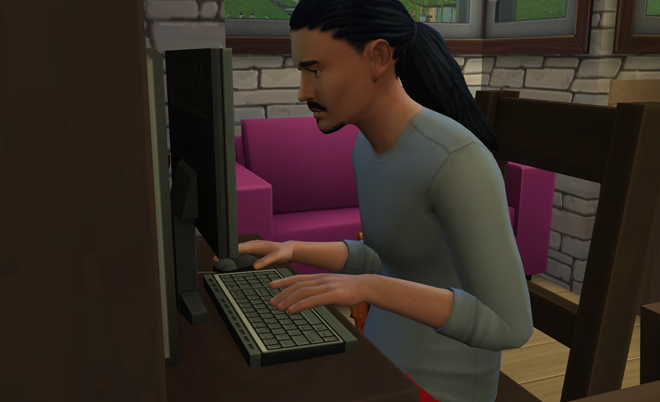 Did I ever tell you that I was shy when I was a boy? I don’t know if it came from having lost my mom and dad so young, or if it was because Poppy drilled into my head that kids should be “seen and not heard,” but for some reason, I had a hard time meeting new people, and an ever harder time speaking to them. I had to feel really comfortable with someone before I’d speak, and even then, I often let them do the talking and limited myself to nodding in return.

I suspected, with me as your dad, you might develop those same taciturn habits, but fortunately, you’re a chatterbox with everyone you meet.

One way in which you do remind me of myself as a little kid is in your studious nature. I used to love coming home and diving into my studies the moment I arrived, especially when the project involved reading or research, and you’re just the same. Your class is studying philosophers right now, and we’re bonding over Heraclitus. “Everything flows.”

We wrote a dynamite report.

The next day, when you were at school, I checked the forums and then my inbox rang, and there was an email message. I’ve got a feeling this is going to be a very important letter.

My name is Sirius and I am ten years old, this message is probably out of the blue because well I am ten and you don’t have any idea who I am, Vega is telling me I might want to explain quite a few things like for example why I am emailing you and how I found you!

I didn’t find you it was all Vega, shes really good with computer stuff, she could be a scientist when she gets as old as my dads are! So the reason my sister found that website you go on with other people was we, Vega Nova and Me, were wondering if there were even more kids like us and my sisters boyfriend Magnus (Cassie Orion and Momo are too little to wonder stuff like that I think) so she started looking around. An I think you know exactly what we mean by that, although not quite? we were born here unlike the kids you adults talk about on the forums.

Any who you people doing that project seem like good people! So our dads should be alright with us messaging you probably, Right? My dad Brio and sister Nova are a part of some penpal thing so I’ll send you a link to his profile!

I admit I felt concerned at first. Am I really that easy to trace through bizoopagoto.forumotion.com?

I checked out Sirius’s dad’s pen pal profile, and I felt better. Brio seems like a cool guy. These kids seem like cool kids.

I told you about the letter over supper.

“Are their names Sirius, Vega, Nova, Cassie, Orion, and Momo?” you asked.

“Do they have stars in their rooms?”

You didn’t talk much as you finished supper. And after you ate, you sat there for the longest time, with that inward look you get sometimes.

When I tucked you in, you said you wanted to sing, rather than having me continue reading Robinson Crusoe.

“I can see the moon at night
and sometimes in the day.
And you can see the same moon,
no matter what you say.

“And her sister moon,
The purple one,
Farther than the farthest sun.

“Can you see that,
Everyone?

You were still singing under your breath when I tucked you in. I sat at the foot of the bed, while you hummed as you fell asleep.

The next morning, you woke up and jumped out of bed.

“I have sisters and brothers everywhere!” you said. 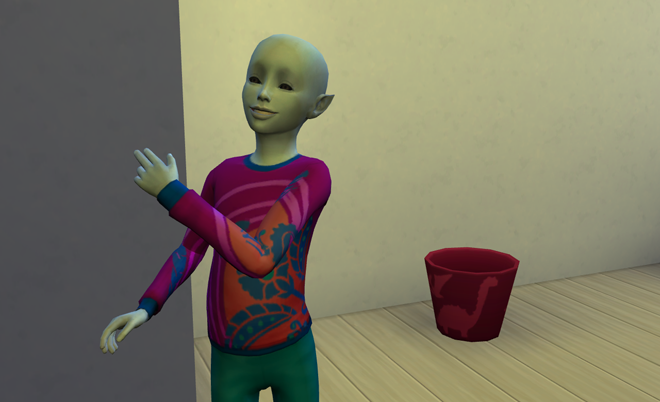 You went to school with a spring in your step. While you were at school, I filled out my pen pal profile. I’m going to write to Brio.

Each day, son, you inspire me to be more like you.