Minha mãe is a hero. I always knew it. Today, due to my idiocy, I put that knowledge to the test. It started with the best intentions: my club buddies were over, we were hungry after yoga practice, and I volunteered to scramble up some eggs for us.

Tia Berry said that morning that she heard snapping sounds coming from the stove when she was heating water for tea. We thought it was the kettle expanding.

But as I was cooking, there was a loud pop under the front burner, and then the stove burst into flame.

I grabbed the fire extinguisher before my mind even registered what was happening, and then next thing I knew, there was Mãe at my side, fighting the fire with me.

Time did that weird thing where it stops and silence wraps itself around everything. I loved it. I hated the fire, and I felt like such an idiot for having started it, but I loved that silent envelope. I felt like I was moving through clarity–not a thought, just total awareness, like I could step through the frozen moment.

“You’re awesome, Mãe,” I said when the fire was finally out.

She got that wistful look she gets when she watches me.

“I ever tell you about the first fire I fought?”

“It was my second trimester,” she said. “I was hungry all the time. And sick all the time, but you don’t want to hear about that.”

She told me about how the stove had burst into flames when she was scrambling up some eggs for breakfast. She’d put out the fire then, too.

“I liked it,” she said, “if you want to know the truth. I liked the power of quenching the flames. I liked knowing I could keep you safe.” 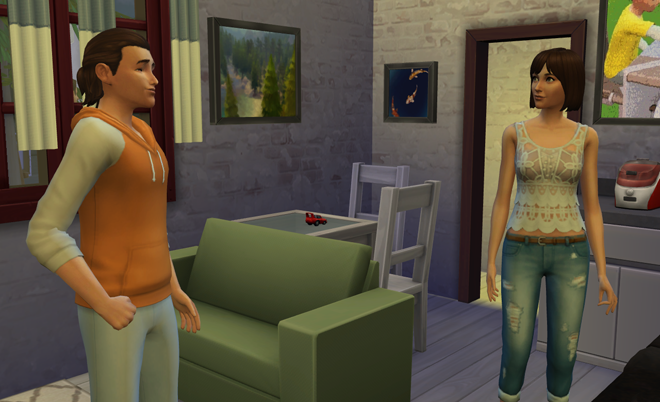 The kitchen was a mess–flakes of ash everywhere, the stove emitting the stench of burnt plastic and electrical wires.

I cleaned it up. If I really would do anything, then that means doing the gross work, too. Heck, minha mãe had just put out a kitchen fire. She shouldn’t have to clean up the kitchen, too.

I realized I was starving once the biggest part of the mess was cleaned up. We had to wait for the new stove to be delivered, and, besides, I really didn’t feel like cooking with heat. I made a salad.

Later, after Hugo and Yuki left, when Mãe and Tia Berry were sleeping, I did some reps out back. It’s a weird feeling I had. Can a person feel both tender and strong?

I felt vulnerable because I realized how quickly anything could go wrong. I felt like a baby because minha mãe had rushed to save me. I realized she’d always do that–as long as she lived. No matter how big, how strong I am, I’ll always be o bebê da minha mãe.

At the same time, I felt powerful. I’d protected her. I’d protected our house. I’d found this strength and courage inside of me. I’d stepped into that mighty tunnel of silence, and I’d found something in me I never knew I had.

I don’t know how this works: How does it work that I can be both a baby and a man at the same time? 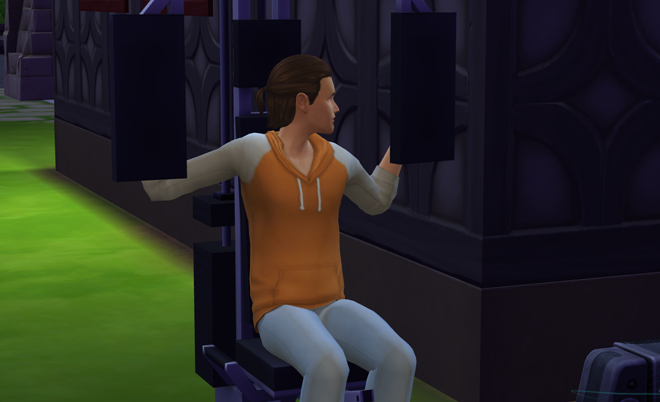 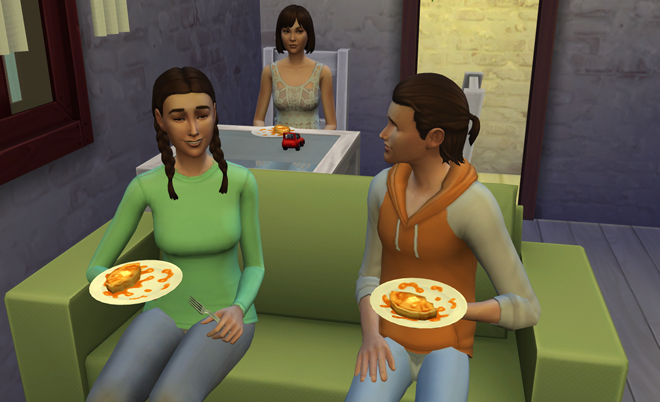 Lately, I’ve been watching Charlie as if I’m seeing him for the first time. I wonder if my dad felt like this sometimes. I remember once, I was about Charlie’s age, and I was writing in my journal. I remember that I felt excited–I’d just discovered something. I forget what it was, but I was writing quickly, and when I looked up, I caught my dad looking at me.

“What are you doing?” I asked my dad.

“I’m nothing to look at,” I answered.

I remember how bashful I felt. But as I’m looking at Charlie now, seeing how beautiful, how amazing he is, I imagine that my face looks like my dad’s did then: lost in the wonder of this person that somehow came here through me.

Charlie and Berry as so similar. I guess I shouldn’t be surprised. I mean, Berry and I raised him. And Berry and I, we talk a lot. I mean, we’re always talking, always sharing our ideas and our opinions. I guess we’re opinionated. So it makes sense that Charlie would pick up our views and mindset. But it’s not just ideas that he shares with his aunt: he even has her gestures and mannerisms.

I always thought that Charlie would grow up macho and tough. I’m not sure how I got that idea. He was a bold kid, and his dad, while not coarse, by any means, is certainly very masculine. So I always imagined that Charlie would grow up to be just like him. But Charlie has such a sensitive side. He’s creative and intellectual, and he speaks articulately and eloquently, and he seems to be always thinking, always feeling. 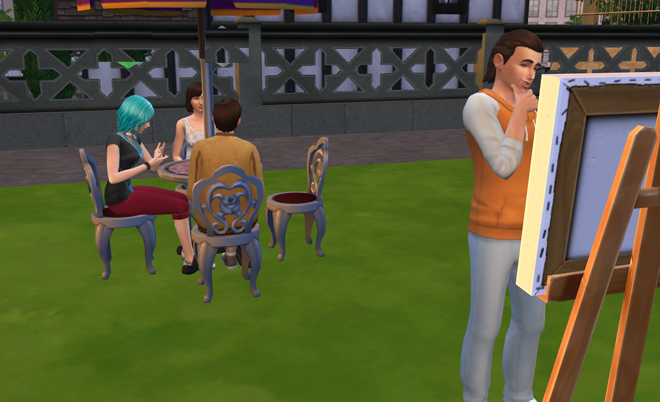 He’s started a club. It’s called “Paint,” but it’s really a club for sensitive, creative types like him. It was his idea that they practice yoga.

“I’ve been reading about meditation,” he said. “Musicians are using it to help with performance anxiety. I think I need to add it to my toolkit.” 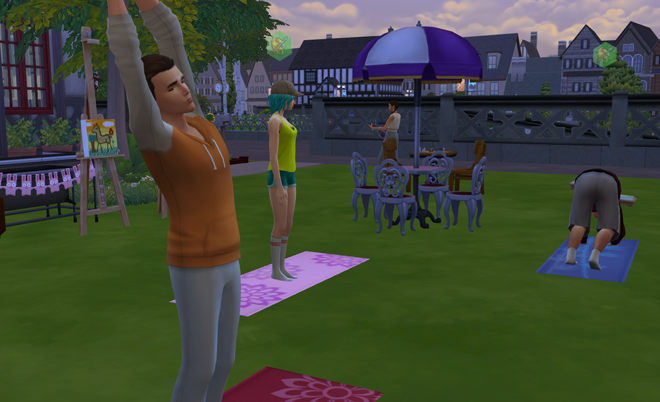 “It’s good for artists, too,” said Yuki. “Integration of mind and body!”

I watched Yuki talking with him. Charlie doesn’t seem to notice yet, but he draws women to him. I’m grateful he’s sensitive: at least if he breaks hearts, it won’t be intentional.

During the first club meeting, Berry and Hugo got mired in a debate about pointillism. I had to shake my head. Leave it to my sister to refute the optics theory behind it.

“It’s all dots anyway,” she said, “whether we paint them as such or not. We just can’t perceive them in any other way!”

“It’s having a renaissance, did you say?” he asked Hugo.

“But why not Impressionism?” said Beryl.

“It’s not either-or, is it?” Charlie said. “Don’t we learn more when it’s both-and? And even if now, we can see what about pointillism doesn’t work, doesn’t that make it even more interesting, for we learn about how our minds put together what we see, like when we listen to music, if we know something about auditory theory, we can understand how our minds put together what we hear into a cohesive piece? Isn’t that what matters?”

Beryl and Hugo both looked at him, feeling their argument had been diffused.

Charlie smiled and continued talking with more and more enthusiasm about how we create meaning out of what we see and hear.

I thought of my dad, again, as I always seem to do whenever I reflect on having once been a daughter, and now being a mother. I remembered how my dad picked up my journal one day and held it before me. “It’s just little lines on paper,” he said, “until the human mind decodes these scratches and forms them into meaning.”