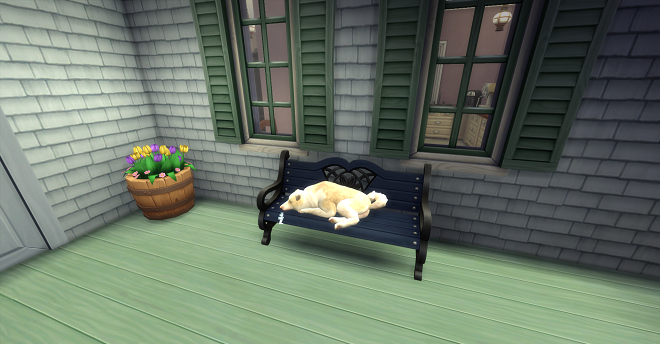 Mojo waited for us on the front porch when we returned from the overlook.

He stuck around, and our kitchen felt like home with a big dog eating in the corner.

He raced up to me one evening when I returned from a walk and began to waltz with me. That was when I knew, for sure, that he had adopted us.

Sept and I never had a honeymoon, unless you count those love-drunk days before our marriage. We went back to the Culpepper almost immediately. We’d left it in Anya’s capable management for over three weeks, and she was getting tired of running things without us.

But even more, Xirra said we had to go back.

We were seldom there at the same time.

Sept felt it was important to maintain the fiction that he and Max Culper were two different individuals. Of course, all his friends and most of the regulars knew. But he said the ruse wasn’t for those who knew us.

He also stressed that we shouldn’t leave home unattended for very long.

So we took shifts. 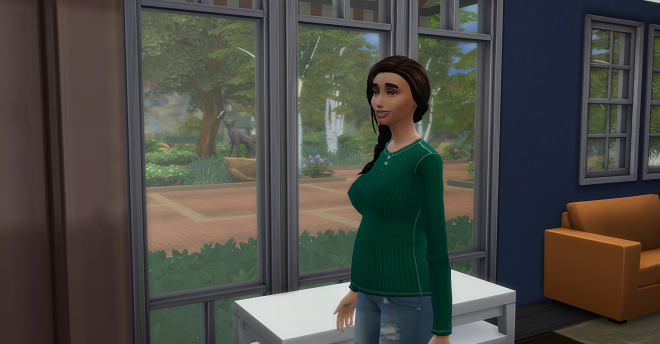 I’d been well schooled by both Sept and Xirra what my duties were at the Culpepper. Watch for anyone new, anyone who seemed unfamiliar with the place or out of touch with the common culture. And then listen for the code words.

Xirra said the first person would come at any time. We couldn’t be sure when. But we had to be ready. 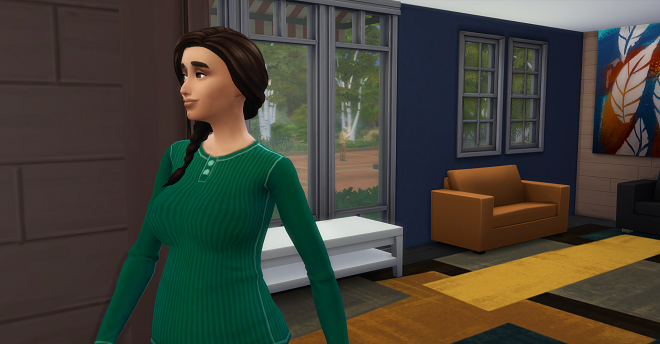 I’d been showing up every other day for two weeks. Mostly the regulars came through. Aicha Choukri, a friend of Anya’s that she hired to help cover when we’d been out, was still a bit sulky from our long absence.

“You know we ran out of organic French roast,” she complained. “We’re still not fully stocked. One day, I can understand. Two, if you’re really needing some down-time. Don’t get me wrong. I’m happy Anya got me the job, and even more happy you kept me on. But to leave Anya in charge all that time? What were you thinking?”

I began scheming ways to make it up to her and Anya when a stranger entered behind Ulrike. 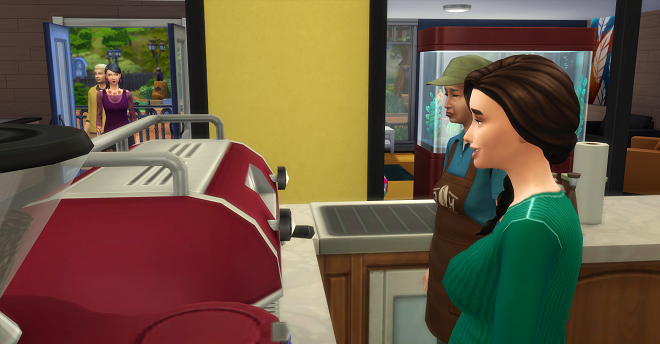 He stopped in the entrance and looked around. 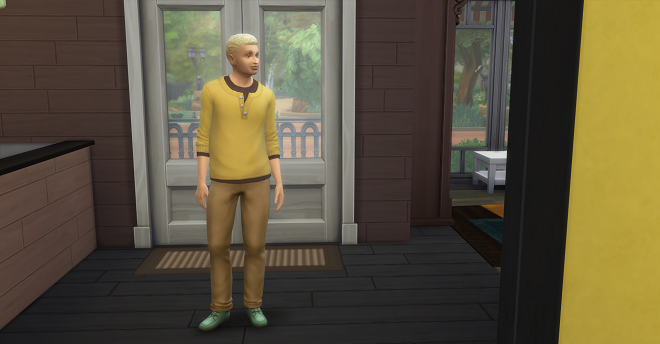 I stood behind him in the line at the counter. He looked over his shoulder at me.

Sept had mentioned that in some extra-T cultures, eye contact was considered rude, so I looked straight ahead. I felt him watching, though.

Anya gave him a small Americano with extra foam. “I added some amaretto syrup,” she whispered, “and extra cinnamon!” 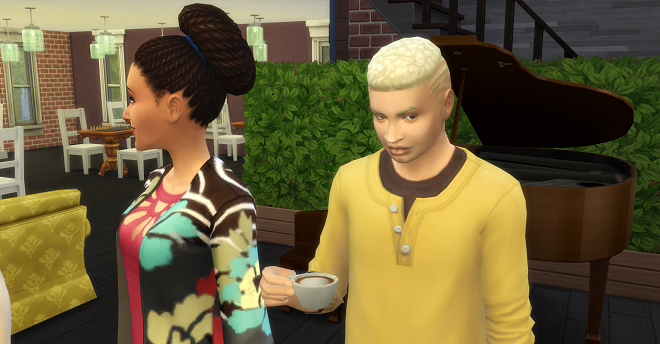 He sat at the large table, and I sat across from him, still being careful not to look at him directly.

Then he looked at me. His eyes looked so sad, like he’d seen hardship.

He pointed at the menu.

I read the first item on it. “Mocha Java?” 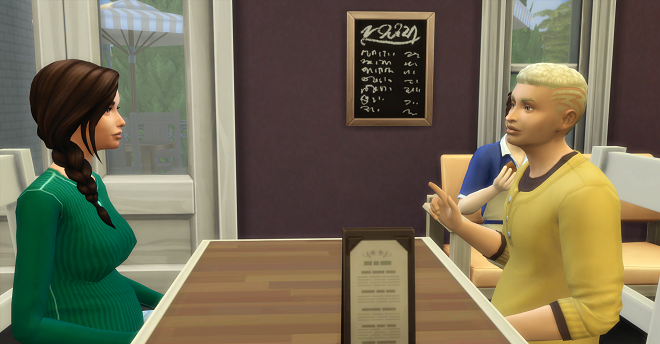 He smiled and whistled twice.

“Nice to meet you, Morning Joe.”

“Byu jisa,” he said. I didn’t know much Vingihoplo back then, but I knew byu, sweet, for it was Sept’s pet name for me.

I shook my head.

“Oh, I’m sorry,” I replied. “We don’t serve donuts. Would you like pain au chocolat?”

It was so close. Sept had emphasized that I could not lead. The individual had to supply the full code without prompting.

I closed my eyes, and we sat silently.

It was close enough.

“I am so happy you are here, Morning Joe,” I said. “Byudoxniuki.” Sweet freedom.

I took him upstairs to the second flat.

The second flat offered temporary shelter, a place for refugees to stay while our contacts arranged more permanent lodgings and filed the paperwork that would allow them to live openly in a xeno-friendly community.

“You are safe here,” I said. I fully believed that to be true, at the time, for him and all who would seek sanctuary there. “You can take off your disguise, if it’s more comfortable. Baska.” I mimicked, as best I could, undressing from one’s skin.

When I turned around, he revealed his true form, which looked a lot like his disguise, actually, only paler, bluer.

I explained he’d be here for a few days, and Sept or I would be staying in the flat next door.

“One of us will always be around,” I said. “We’re here if you need anything!”

He hadn’t said a word.

I talked too loudly, too cheerfully, like I do when I’m nervous and wanting to offer reassurance, I’m sure of it. And he listened, though I’m sure he didn’t understand anything.

He sat beside me, and I looked at him. He maintained eye contact for a moment, and then he looked away.

“Are you OK?” I asked. “Do you need anything?” He seemed healthy and well-rested. He was clean. But he looked very, very sad.

“How about if I make some cookies?” I said. And then I realized that was a very awkward thing to say. “Or, not cookies, actually. Brownies! Byujisa?”

He smiled and sat beside me again. He began to whistle, click, exhale, and sigh. I noticed patterns. It was a language. I couldn’t understand a word he said, either, but I loved the sound of it.

I whistled back, and Morning Joe laughed.

Slowly, carefully, patiently, with a whistle and a click, he began to teach me to communicate with him. 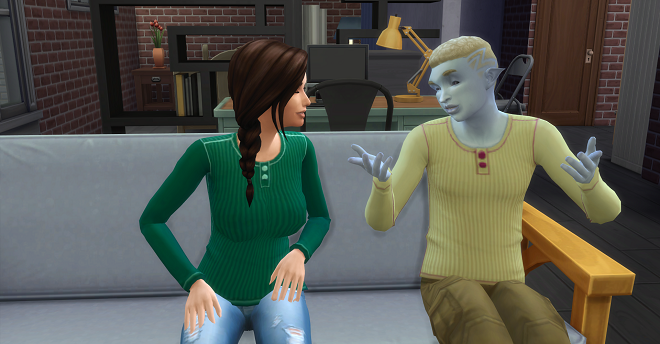 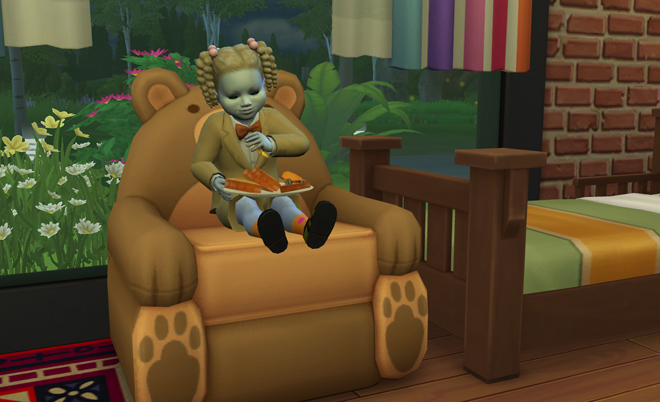 Zuki loves the Bear-Chair. Placed before the big garden window in the girls bedroom, with rugs on the floor and Meadow and Jasper’s bright paintings on the walls, it’s easy to see why this is her favorite place.

It’s her new dining spot. Jena has taken to joining her.

Jena has stepped right into the role of big sister-cousin. She explains everything to Zuki.

“Don’t worry about being an orphan and a refugee,” I heard her tell Zuki the other day. “I am an orphan refugee, too!”

She said it as if it were something to be proud of. I suppose, given the way she went on to define it, it’s worthy of pride. Or at least, gratitude.

Confession time: I was adopted. My mom, a beautiful tall Jamaican woman, and my dad, a dapper bespectacled Japanese man, met in San Myshunu. In every photo, I’m a little scruffy thing, held in their arms, caught by the camera mid-squirm. “You are a very lucky young lady,” my dad always told me. I was raised to believe that adopted children are not only special for having been chosen, but that they are Most Fortunate for having been given a reason for ongoing gratitude that lasts through their lifetime.

“Being a refugee is no big deal,” Jena explained to Zuki. “It just means that you left someplace dangerous to come live someplace safe.”

“It certainly is true, Jena,” I replied.

We are so lucky that we live in a safe place, that our fields aren’t littered with landmines and UXOs, that our nights are quiet, and our streets are calm. We live in a refuge, so it only makes sense that we would open our homes to refugees. What these two little girls don’t know is the peace they carry, each an ambassador and diplomat. After all, if anyone met them, how could they not love them? And if you love them, wouldn’t you then want to do anything you could to ensure peace for the lands where they come from and the peoples they belong to? Open your home and heart to a refugee, and next thing you know, you’re marching for peace, too!