In the winters of my childhood, the holiday season began when my mother carried down the box of Christmas stories. We had scores of picture books, hardbound anthologies, and magazine clippings. It’s funny–I don’t recall our ever having purchased any new Christmas books. As the youngest child, I grew into a holiday library already established. The hours after school or on a rainy Saturday afternoon in December were spent with these books, who became close seasonal friends. December evenings, I snuggled beside my dad on the couch as he read Dickens’ A Christmas Carol. When I read the novel to myself now, I still hear it in my dad’s voice, though he left this earth 16 years ago this month.

This year, I thought it might be fun to share seasonal stories from this anthology. Maybe you’ve read them before; maybe they’re new to you! At any rate, I hope you enjoy a few yuletide stories from the past few years! And when you’re ready for more, please take a look at the index on the EA Sims Forums, where you can find past December entries from the Short Story Contest and submissions by other SimLit writers!

Happy reading! Solstice Greetings! And peace and love and the warmth of a good story to you!

Something for Dr. J from Dr. Jasmine’s Casebook

One Night, from Dr. Jasmine’s Casebook

Plum Day Celebration – From A Houseful Of Hippies
Let’s Celebrate… What?
Don’t Know Much
It’s Beginning to Look a Lot Like Plum!
Gnome Kickers and Home Wreckers
What Does Plum Stand For?
Fangirl
Black and White and Boring All Over
Departures/Arrivals
IncogNunley
Touching Ground and Scaling Heights
Friends Become Family
Another Day, Another Plum
Can you add plum to garden salad?
Sentimentality
Sweet Plums Roasting on an Open Fire
Green Plums and Plum Blossoms
That’s Plum, You Genius!
Dr. Jasmine’s Guest Book
Reflections on a Bowl of Plum

“It looks like the United Nations of Holidays threw up,” Luiza said.

We all laughed except Karim.

“It looks nice,” he said. “Very pretty. We should keep it like this always. For inspiration!”

It was Aadhya’s idea. She said at one of our Sunday dinners, which have sort of evolved into our YOTO meeting time, that she was thinking we should have some sort of winter celebration.

“Not Christmas, exactly,” she said, “for how many of us celebrate–or celebrated–Christmas?”

Donnie, Madeline, Luiza, Xavier, and I said we did.

“I had Christmas once or twice,” Marquise said.

“Our holidays fall whenever,” said Nadja. “They’re not seasonal.”

Aadhya said that she and some of the other staff members grew up Jewish. “But I guess if I’m anything now,” she said, “I’m Buddhist.”

“We should invent our own celebration,” said Xavier.

So we decided we’d combine everything, put them all together, and that’s how we got the United Nations of Holidays in our foyer.

We started the day with yoga. Aadhya said that the end of the year is the time for letting go of everything we no longer need as we move into the new year. So as she led us through the practice, she kept saying things like, “Let your attention settle in your heart space. Feel all the blocks there dissolve as you let go of anything that no longer serves you.”

It’s the stuff she always says in yoga practice, but this time, for me at least, it felt like there was more energy behind her words. I felt space open up inside me, and it felt really sweet.

We made French toast, fruit salad, tofu sausage, and hot spiced cider for breakfast, and then we went out and played basketball for a few hours. 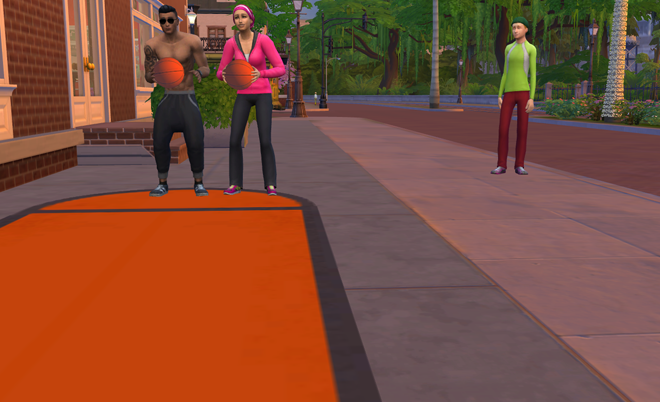 I came in early to make tacos for lunch. I really liked being inside alone, with music playing and all the decorations around.

Aadhya and everybody else connected with YOTO have really given us something. I can tell it makes Aadhya happy to do this work, too. I was thinking about giving and receiving. It’s kind of like flow. For example, I felt really happy making the tacos. I knew when everybody came in hungry and cold from playing basketball, the hot tacos would taste really good. So making them, knowing that they’d make other people happy, that made me happy.

And I bet that Aadhya feels like that, whenever she thinks about how she and YOTO are making a difference for us.

And in a weird way, if we weren’t here for her to help, she wouldn’t have that happiness, just like if the other kids weren’t around for me to make tacos for, I wouldn’t have this happiness.

But of course somebody would always be around. That’s just the way the universe works. Energy flows. So if it’s not me who’s being helped, somebody else would step in who needed help.

What I don’t know is if someone always steps up to help. It took all of us a long time to finally find Aadhya and make it to YOTO. 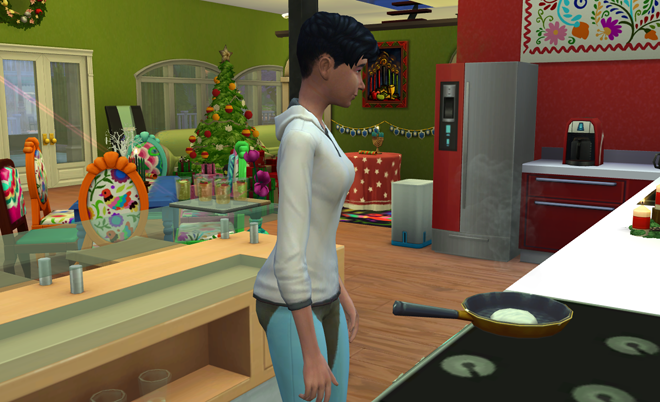 Everybody was still outside when I ate my meal, except for the DJ who’d volunteered to come do our Massive Inventabration Celebration Dance Party that evening.

Before I ate, I sent out a thanks and a promise to the universe.

The thanks was for everybody that had every helped me in my whole long life.

And the promise was that whenever the universe needed me to help somebody or something else, I would step up.

When the others came inside for supper, Luiza and Donnie looked sad. Neither wanted to talk. They were both inside their memories. 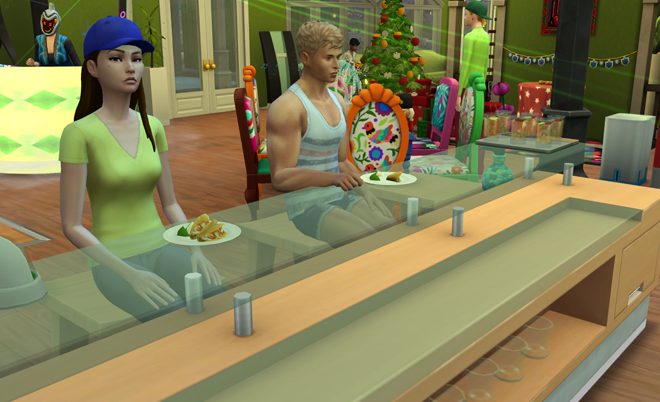 I might know what they were feeling. Christmas has this whole myth around it about family and sharing times together. Like if you’re not with your family, it’s not even Christmas. From what they’d told me, I know that, like me, they’ve both had times when they were with family. And the times weren’t always bad.

I remembered Christmas back when Mom and Dad were still alive. One year, we went on safari–that’s what my dad called it. We really just packed up everything and traveled across country in our old VW camper for the two weeks around the holidays. We spent that Christmas on the beach, roasting hot dogs over the fire and watching the waves.

But we had some years, and they all run together, where Gran would come and we’d hang the stockings and sing the carols and all of that.

After I ate, I went upstairs to take a long shower. I was feeling kind of melancholy, and I was hoping that maybe the water might wash it away.

When I got back downstairs, Sofia’s dad, Mr. Bjergsen, was there.

“I just dropped off a bunch of presents for you all,” he said. “Everybody at my office chipped in.”

I said something snarky about being charity cases. It was like I had forgotten everything I’d figured out over lunch. And all the gratitude and understanding my role of being the helpee had disappeared.

I apologized. I’m getting too old for moodiness.

Then Deon called to wish me a happy day, and Mr. Bjergsen started telling me about a western snowy plover that he sighted on the beach near their home, and all my moodiness was forgotten.

When I hung up, I thanked Mr. Bjergsen for the gifts.

We had a great dance party.

And there were so many presents!

Aadhya had gone around to collect donations from the local retailers, so we got new shoes, new clothes, i-pods, tablets, school supplies. You name it.

Luiza stayed pretty down the whole time. But Maddy and Nadja and everybody else got into the party and the dancing.

Late that night, when the rest of the kids were in bed or upstairs playing video games, I found a forgotten Christmas cracker on the table.

I felt excited opening it. You never know what will be inside. All the feelings of the day: the letting go, the gratitude, the sadness and anger, the resolution, the happiness–they all balled up into something that felt like joy.

In spite of it all, we’ve got so much. 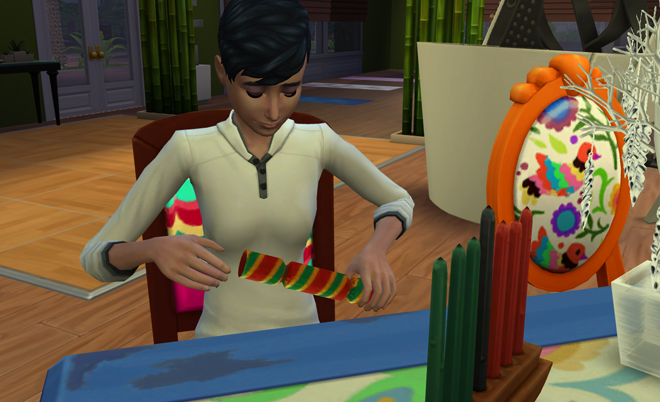