I’m still shaky inside. I’m hoping that writing will help me calm down. But it won’t make things right. Nothing can right what happened tonight.

The evening started so happy. Shannon called after the lecture to ask if I wanted to come to her bonfire. It had started to snow that afternoon, and the idea of a blazing fire while snowflakes fell had me feeling excited. Maybe we’d roast marshmallows or build snowmen–away from the flames, of course!

I was so excited I smiled the whole ride over.

Shannon was just lighting the fire when I arrived, and the heat was already melting the snow along the slope.

We played our guitars. Shannon taught me the riff to an old protest song she loved. The chord changes were challenging, and all of our attention was engaged. I loved playing with her. 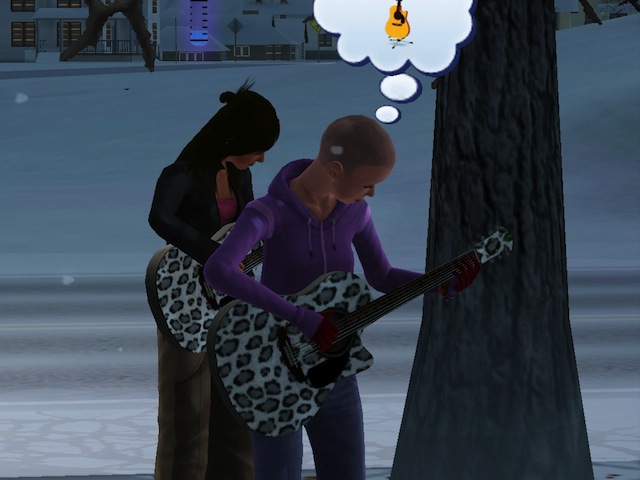 I kept playing the riff, and Shannon began to improvise. The snowfall, our rapt attention, the way our music combined, I didn’t think I could get happier. And how is it that the moments of extreme happiness usher in extreme danger?

Corrinne’s screaming broke through our music. But by the time we reached the flames, we heard only the fire’s roar through the silence of snow. 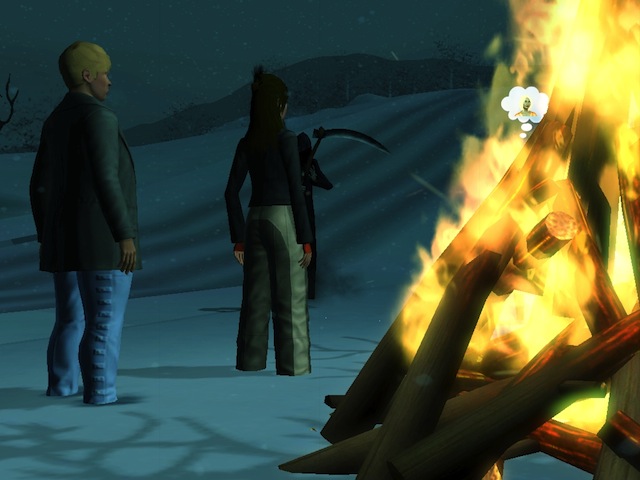 So many times, I’ve seen this figure.

One of the zombies that had gathered around the fire began cackling madly. 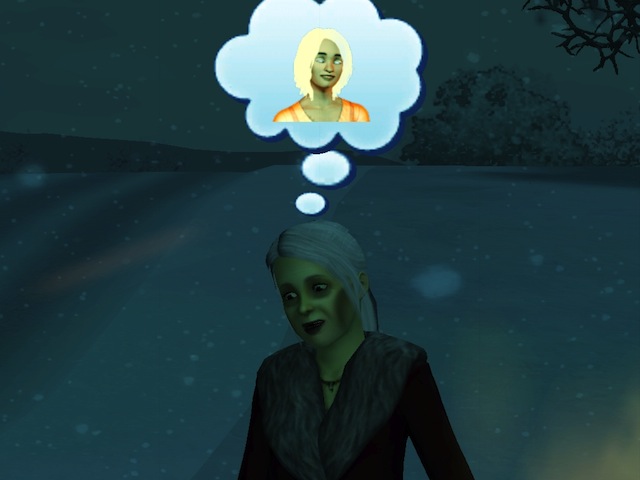 She said horrible things–jokes I can’t bear to repeat, and she laughed until she grew hoarse.

I’ll never get over the way she approached Death so gracefully, with full acceptance.

Had she done this on purpose?

Then, I heard Shannon weeping.

I snapped out of it as quickly as I could. Maybe that’s why I still feel so shook up, because I tried to be brave for Shannon.

“It was my fault,” Shannon was saying, over and over.

I tried to comfort her as best I could. What could I say? We didn’t even know exactly how it had happened.

“It was an accident.” That was all I could think of. “It wasn’t your fault.”

I stayed most the night. The cops came. There were forms to fill out. There was talk of investigations and insurance stuff and whispers that the sorority would be disbanded. Shannon sat numb on the couch through it all. Eventually, she went upstairs to sleep, and I came back to the dorm.

I keep going over it… how we were so happy, and then–tragedy.

This is one of those times when I could use that quiet voice that Mom said was always there, waiting to whisper to us. But when I listen, I just hear the silence and the flames.