Three days ago, you came to live with me. I wanted from the first to write this account of our life together so that when you’re on your own, later, when you’re all grown up, you can have something to look back on, to help you remember, to keep you connected to your past, and maybe even, to answer some questions. 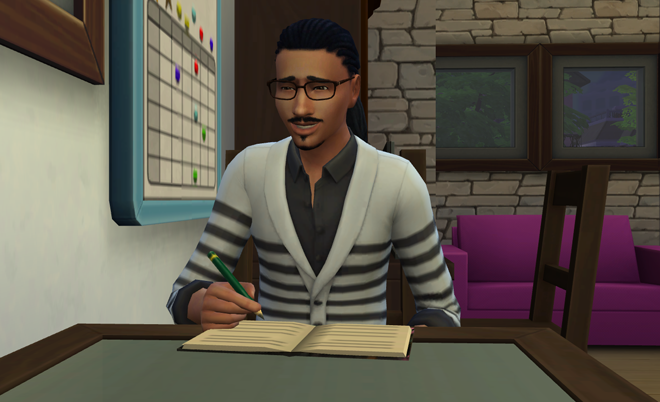 I don’t have that with my dad. He came back from the war broken. I guess it broke my mom, too. After she died, I went to live with Nonny and Poppy, my dad’s parents. I was about five when we had my dad’s funeral. I remember guns going off and even a band played. I still can’t stand the sight of dress uniforms and flags.

I make it sound like my childhood sucked. But it didn’t. Nonny and Poppy were probably way better parents for me than my mom and dad ever could have been. So it wasn’t like I suffered. I just had questions and trauma. Like all of us do.

Anyway, Nonny and Poppy died when I was in college. I figured I could do life on my own. I majored in early childhood education because I like little kids and I want to help build a better world, and I figured I’d never have kids of my own, so why not help raise other people’s kids?

Then I went on to get a master’s in library science. I got the idea I’d work as a children’s library. But nobody’s hiring. I graduated last May and I’m still unemployed.

I guess the agency found me through the ECE degree. They sent that letter to all University of MP ECE grads from the past four years.

I had to think hard before accepting. I took a few phone calls from people at the agency.

Then I decided, why not? You needed me. No one else did.

And I’ve got the time and training to take care of you.

You were Number 77–the seventy-seventh foundling out of one hundred. Seeing as our last name is Sevens, I thought that was auspicious. That’s why I’ve named you Septemus. Septemus Sevens.  Your official ID of record is G27Z0-77.

You’re sleeping now, which gives me these few minutes to write. Because when you’re awake, it’s non-stop action. I’d better get snack ready. You’ve got a tendency to wake up mad and hunGRAY!

I’m doing my best to keep you happy, little 77. Bear with me. Author’s note: Oh, look! I’ve started Pinstar’s newest challenge, the Alien Adoption Challenge, because who can resist? Hope you have fun following along with me as Sebastion Sevens does his best to raise young Septemus (Official ID of Record G27Z0-77). Cheers!