Reading your letter brought the warmth of a cup of tea at the end of a long day.

I savored every note of every flavor, even those I couldn’t fit into this noodle-brain.

I made a decision long ago, when I was grappling with Faulkner’s “The Bear” and Joyce’s Finnegans Wake: What I can’t comprehend with the logic of the everyday, simply let be. Maybe I can understand it on a different level.

So that’s what I’m doing with all those incomprehensible autobiographical details in your letter that don’t fit into my own limited experience of existence. I’m letting them sit.

My niece also has a few correspondents in this Pen Pal Project, and while she and I have agreed to keep our individual correspondences confidential, she did share with me that one of her pen pals wrote about a life story which seemed to her, simply and literally, incredible.

“Can you let it be?” I asked her. “Rather than fit all that your pen pal shares within the scope of your own reality, can you just let it be and know that there are multiple realities?”

She said she would give it a try.

For me, a heavy burden’s lifted when I decide I don’t need to understand it all.

As I’ve grown older, I’m becoming accepting of the scope of my existence. I’ve stopped feeling guilty about my privilege, while I’ve also stopped feeling that within my own limited being I need to be able to circumscribe the full range of experience. Being myself, in this life I’ve been given, has become, finally, enough.

I look at photos of my grand-niece, which my niece loves to send me through my phone, and I feel the fullness of accepting: This is my life, and these, the people in it.

The other day, my niece brought her daughter over for me to watch while she took some time for herself in the city.

My grand-niece, Jena, was none-too-happy when she marched in the front door. I’d invited my neighbors, who are Indian and speak Urdu, so they might talk with Jena, whose first language is Urdu. She was adopted.

She would have none of it. 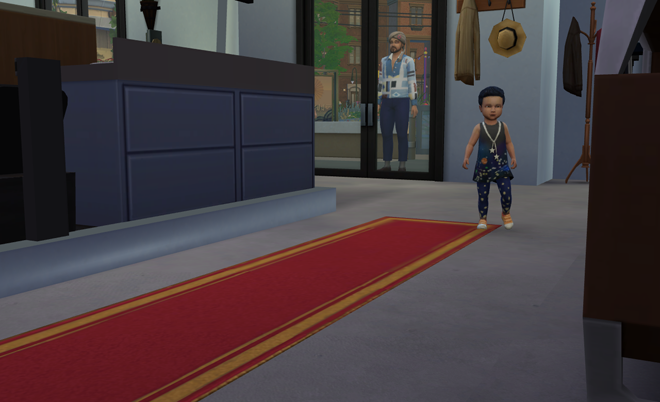 She cried. My neighbors left. I washed the dishes, trying to think what might soothe someone whose play had been interrupted by a trip to Gruncle’s.

She reminded me so much of my niece. Even when my niece was Jena’s age, she would become furious and frustrated if we interrupted her when she was immersed in her creative play. And little Jena had been taken from a wild game of house with the Lalaleeloos in order to hop on the rapid transit with her mom and shoot across the bay to visit me.

I’m sure to Jena it made no sense at all. Couldn’t she at least finish her playtime?

We sat together on the sofa. I found a picture book, and I made up a story about her Lalaleeloos.

My niece, Meadow, has told me all about this family of dolls that Jena loves so much. There is one mother, one dragon, one pony, and a baby.

“Baby was none-too-happy,” I began, and looking down at Jena, I could see I had a tough audience. But she was interested! And, at the moment at least, she wasn’t crying.

I fell silent and studied the picture.

“So. Baby did…” said Jena, waiting for me to continue.

“Baby did what Baby always does,” I said, “when she’s feeling mad or sad or hungry or happy or silly or nutty or crazy or wild or tired or grumpy or snoozy or woozy. She called Dragon. ‘DRAGON!'”

I let her continue the story, and apparently Baby and Dragon ate marshmallows and chocolate and peanut butter with apples. Then they took a nap. And then they flew to clouds. And then Mommy came home and the story was over.

We wanted to see how dragons flew, and between the two of us, we just about figured it out.

She was smiling when her mother came to fetch her, not even half-an-hour later!

“Guess it went well, then!” Meadow said. “I was worried for nothing!”

I’m hoping that the first time leaving Jena with me will be the hardest, for my niece deserves a bit of time to herself now and then.

And it’s certainly no hardship for me to spend an afternoon with a master storyteller!

I was still smiling about Baby and Dragon’s adventures when I returned to Emma. Yes, I’m reading Austen now. All that talk of our smart wives got me longing for the cadences, perception, and irony of this, my favorite Jane Austen novel. 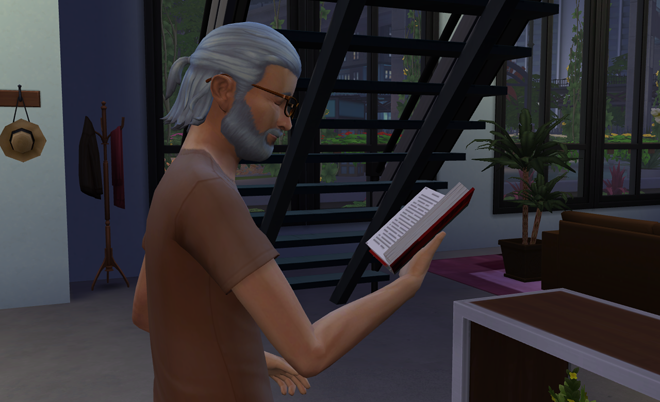 Ah, Liam! We are two lucky old men, or, in your case, an old-in-young man.

What did we do to find ourselves surrounded by family? And how did we get so lucky to have such beautiful, smart, strong, intelligent, creative, and independent women in this family? Do you know? I’ve discovered that gratitude adds sweetness to every sound–even the silence of an empty house, after a chattering two-year-old has gone home. 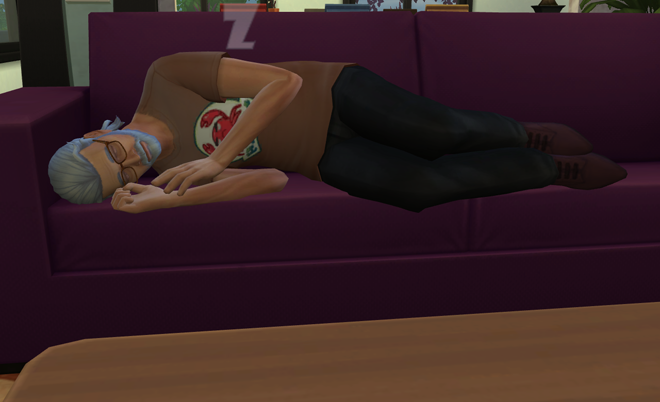