A reply to: A letter from Dove

And you sound wonderful for a new mother! Judging from your writing, it doesn’t sound like you’re tired at all!

Of course you must be–even with Maki. And you’re working full-time. You’ve got my admiration!

How lovely that Maki is there to help. She sounds like a beautiful person. And I really like that your relationship with her is based on respecting each other by not bothering with a lot of prying questions.

My uncle taught me to do that when I was a little girl. Very seldom will he ask me anything directly about how or what I’m doing. Instead, he listens. And because he doesn’t ask, and because he does listen, I usually end up telling him everything, and then some!

Thinking about how fortunate you are to have Maki gave me the opportunity to also feel grateful for my uncle Jasper. I don’t think I could do a good job with Jena if I didn’t have him!

My brother has been far too busy to help with Jena at all–he’s rather childish, himself, besides, and so I’ve picked up that he feels a little jealous or something about having someone else be the center of attention. No matter! At the Wind Farms, he’s the Big Boss, so everybody bows when he enters the room, practically!  Eh. Don’t mind me. I’m just doing the sister thing, teasing my big brother Norman.

The other day, Jasper stopped by, out of the blue. I was so relieved. Jena was feeling sad, and nothing I could do would cheer her up. Not singing, not dancing, not telling stories, not even cookies. She still gets like that sometimes.

Jasper picked her up and held her. 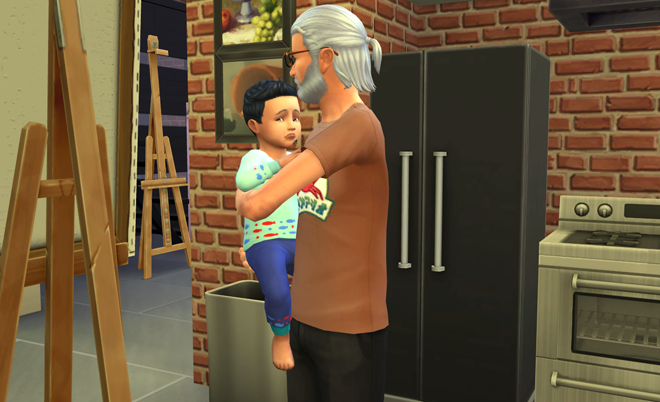 Then he took her into her room, put her down for a nap, and read to her until she fell asleep. 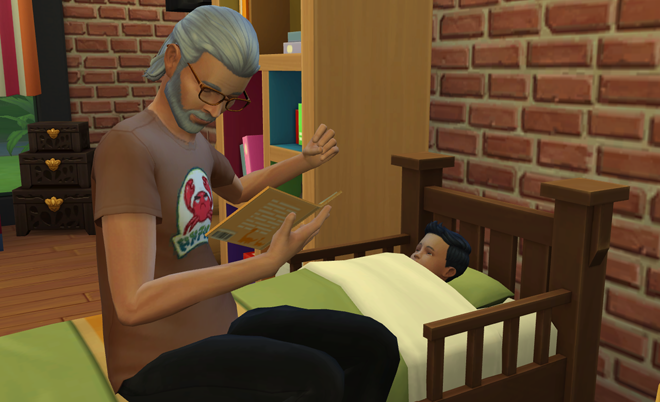 If you heard Jasper’s voice, you’d feel happy, too. It’s a lot like my dad’s voice was–very rich, like an oboe, only not so nasal as an oboe. Maybe more like a cello. Jasper has been an actor on the stage, so when he reads stories, he does all the voices!

He left before Jena woke up, but he’d already done the magic.

She woke feeling so happy!

This may sound strange, seeing how she’s only two, but I think she’s working on reading skills.

She loves to play with blocks, and she’s starting to pay more attention to the pictures, numbers, and letters painted on them than she is to them as three-dimensional objects in and of themselves. 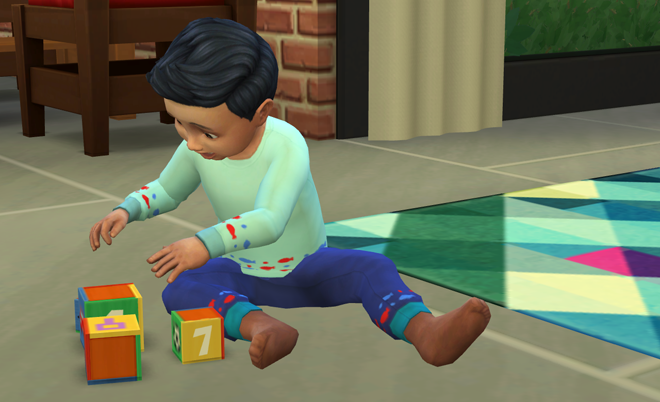 She picks them up and studies them.  I heard her say, “One, two,” when she was examining them the other day.

“Buckle shoe,” she replied. So I don’t know if she was reading them or just repeating the nursery rhyme I say to her when I help her dress.

We still spend hours a day talking! I love it. I haven’t had someone who will talk with me for that long since I lived in the dorm and my college room-mate and I would talk half the night, every night!

If we talk this much now, what will it be like when she’s five or six? Or sixteen? Oh, I hope we still talk a lot when she’s sixteen. I didn’t talk much with my mom when I was sixteen. Did you?

Right now, she loves to “talk monsters.” I tell her about big pink squishy ones with twenty tentacles, and she tells me about “Purple.” I don’t know much about Purple except “eat shoes.”

How are your babies doing now? Do they pay much attention to each other? Do they verbalize much? Are they good eaters? Tell me everything! (Oops! There I go asking a million questions after saying I don’t! I guess when it comes to babies, curiosity gets the better of me!) Oh! And do they have teeth yet?

I wonder if they sleep through the night.

Jena has started to. I tuck her in as it’s starting to get dark, and she sleeps all the way through until morning.

I hadn’t realized how much I’d missed time alone. But now, I’ve got a few hours every night. 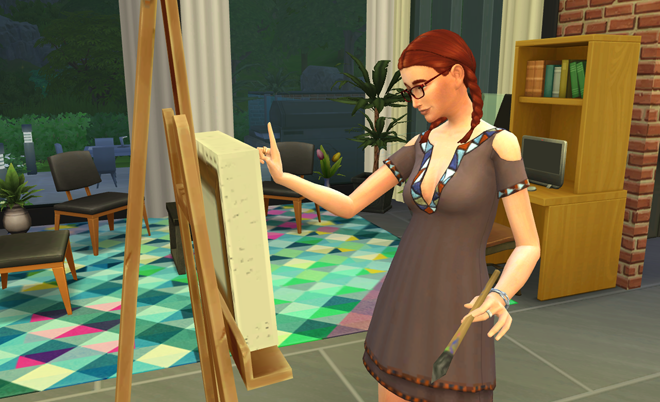 I even snuck in a long soak the other day. I never dreamed that a bath could feel so much like heaven!

Every night, before I go to sleep, I stop in to look at Jena. I can’t imagine a time when she wasn’t part of my life, anymore. She’s so much the center of it now.

And when I think how peaceful she is, how well-loved, and how much she loves in return, I fall asleep feeling that this world is full of goodness. 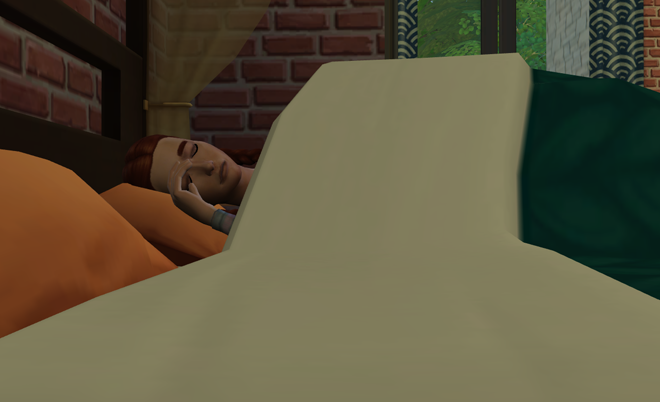 I hope all is well with you, Maki, Kiya and Kari!

Lots and lots of love,