A reply to: A letter from Dove

So I do have a friend from “the big way out there!” And the friend is you!

Do you know what? I don’t feel surprised.

And Maki is your friend from the Twin Roses story! That is so wonderful! How on earth did the two of you manage to meet up again?

I told Jenna the story of II  TTYE, the girl, and the Twin Roses ice cream, and she loved it. It’s her favorite story. 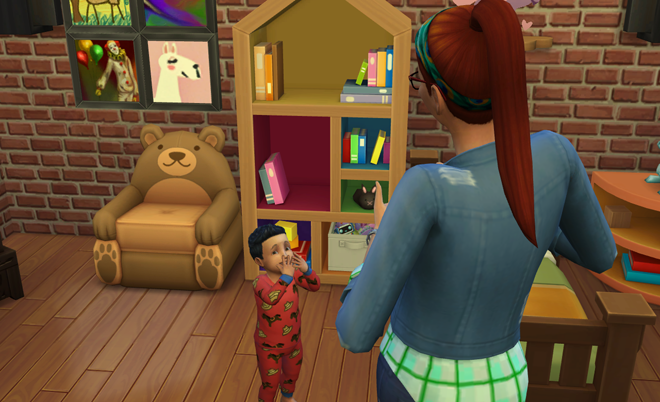 I went into her room the other night, and she had the most enchanted expression on her face as she was singing, “II  TTYE flies! Girl flies! All round the sun! All round the stars!” 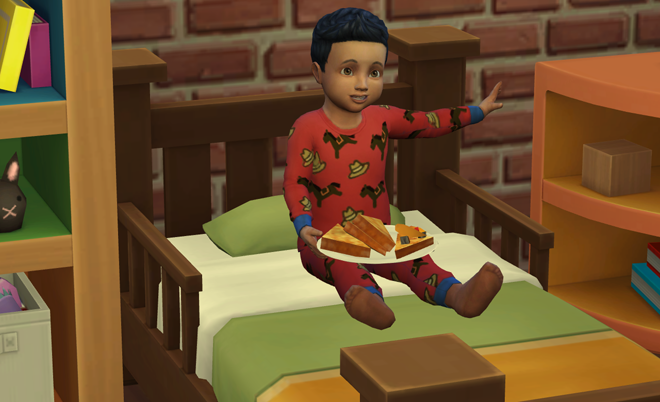 I asked her when I tucked her in what she liked about the story.

I wouldn’t be surprised if Jena wanted to be a space explorer when she grew up. Or maybe a physicist.

Congratulations on your new apartment! The photos you sent of the girls are adorable. They look so happy!

Sometimes when I watch Jena, I wish I still had that joy of everything being new. That’s how your daughters look in their photos.

At least learning is still new to me–especially chess!

Do you have new things you’re learning, and does it fill you with wonder and inspiration to learn them?

I love your time-scarf! Yes, a knitted scarf is a much better description of time! All the yarn connected up together!

Jena and I have begun to create our own story. We’re both making it up, and I’m writing it and illustrating it. My uncle knows a publisher who might be interested, but even if he doesn’t want it, we’re having so much fun inventing it!

I’ve enclosed a copy of the first chapter for you to share with your littlies!

I have no idea how long it will end up being. I think very long… like a whole scarf’s worth!

Originally, it was going to be a story about an alien–but Jena decided she wanted it to be about a space squirrel. He’s lost, but he meets lots of friends, and they all help him to become found again. But Jena says we need lots of adventures along the way. I really love the way her imagination is developing!

Jena would love the decryption code! She’s only just making sense of letters, but I think it would be fun for her to know about codes, too. Or if she’s not ready for that, I would be! I love encryptions and decryptions!

The other night, Jena and I went outside to look at the stars. Jena began laughing as she pointed at a comet.

“There’s girls!” she said, pointing out at space.

And at that moment, I felt like my heart opened up and let in all of life! To think! This universe is more vast than I ever knew… and there are so many more out there, and one who’s come from there is my friend, you!

By Jena and Meadow McCumber

If the stars are flowers,
Are we their seeds, 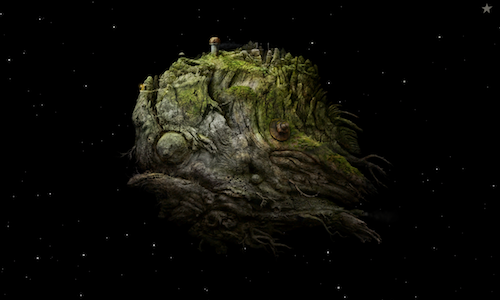 In the Beyond beyond,
Far from the Here that’s near,

the hound looked up
at a tin ear’s cheer.

“Then color me goofy,”
said three tree,
“For afraid is me
As sure as can be!”

Down from the tower
ran the little one, lost.

It is the Space Squirrel,
known as Samorost,

Cosmically tossed
through the space whirl. 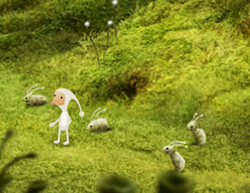 “To be unlost
In this big wide world.”

“My puff can blow magic,”
said the puff flower truly.

“Ride the wind higher,
Back towards your home, duly.” 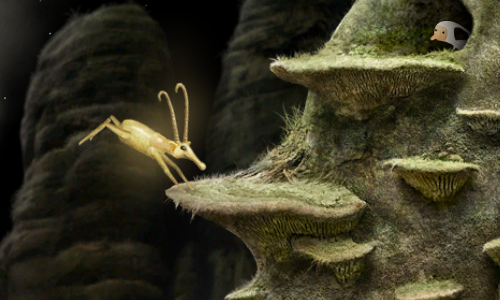 “Ring-ho!” said Goldie,
the gazelle with the old key.

“Jump aboard! Follow me!
I’ll take you to Old Ghoulie!” 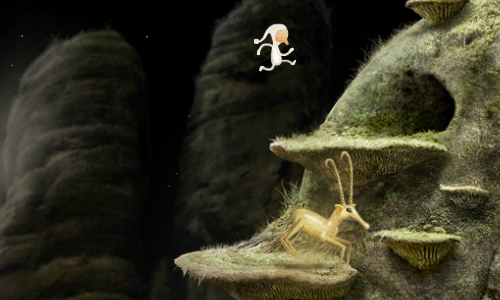 Down step by step
Over the lichen lip

“What, is that you?”
said Old Ghoulie.

“The one who is lost
That they call Samorost?” 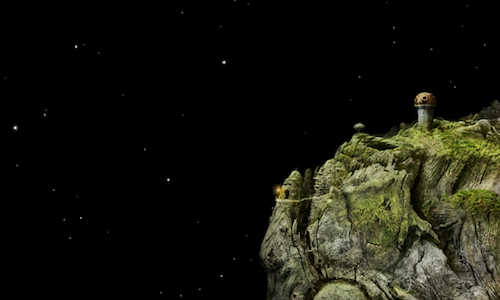 At the end of the world
the secrets unfurled.

And the way home was told
To the Squirrel, lost yet bold.