A reply to: A letter from Kaitlin

Thanks so much for your words of kindness! You know what it’s like to be a busy working mom–sometimes we’re moving so fast that we don’t even get a chance to stop and appreciate all we do each day! Your kind thoughts helped me pause for gratitude!

Jasper believes that gifts are to be shared–I’ve always known when he’s said that that he’s referring not just to the traits and talents we’ve been blessed with, but to our privilege.

You’ve got a big, loving heart, so you share it with all your kids and grandkids, and with Leroy. I’ve got a nice house and plenty of resources–and I used to have time!–so I share those with Jena, and now with Mizuki Suzuki.

I don’t have much free time anymore, with going back to school. But it’s a three-day weekend, so that brings me leisure to write to you!

I’m so glad you find Ira inspiring. I do, too. She’s kind of a nut, actually. Well, she’s a great match for my nutty brother. Do you know they both still play with toys? It’s funny, but why not? It makes them happy. They’ve created this entire imaginary universe that they populate with characters based on their favorite toys. You’d think that Aari, Ira’s daughter, would be part of that, right? But she’s far too practical. She just rolls her eyes and lets her parents talk about Miss Meowness’s adventures and the llamacorn’s escapades.

It works for them. I’ve been reading a lot about play therapy. Most of the research is on play and children, but, especially with someone as childlike as my brother, I can imagine that the findings transfer.

Landreth (2002) notes that “play relieves feelings of stress and boredom, connects us to people in a positive way, stimulates creative thinking and exploration, regulates our emotions, and boosts our ego” (as ctd. by Lilly, et al. 2016).

Ira and Norman seem to use it as a tool for communication and bonding: they can say things through play that they might not be able to approach in a more direct fashion, and this shared communication style connects them in a healthy way.

Mizuki Suzuki is big into play, too! With her, I think it’s how she relieves stress and boredom. She’s taken on the house-cleaning chores while I’m in school, but really, I think this is just an excuse for her to “pick up the toys,” which is her code for “let’s play with all of Jena’s stuff!” 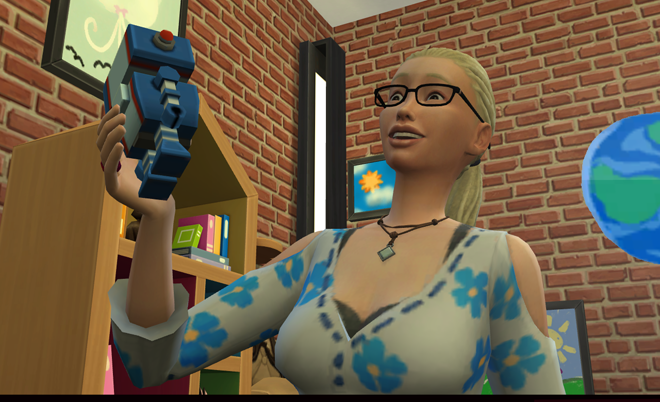 Jena does a great job of playing with me, Jasper, and Mizuki Suzuki, but she has yet to learn how to play with kids her own age! Well, that’s what preschool is for, right?

The other day, one of her little friends came home with her. Immediately she started asking him, “So, what do you want to be?” When he didn’t answer right away, she shot out all these suggestions: “A panda bear? An abominable snowman? A sloth? You could be a sloth! And I’ll be an aardvark!”

He just looked at her, confused.

She’ll learn to leave space for other people’s ideas, right?

Speaking of space, it sounds like you could use a little space in your life. So many things happening! So many connections between all the people you care about, and even between those you’re trying not to care about! 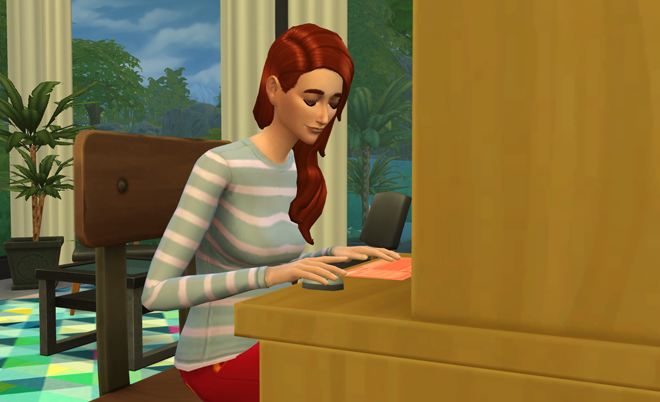 It must have been a real shock to run into Newt. I can see why it felt like a betrayal that you hadn’t been told he was in town. You didn’t have a chance to prepare yourself. 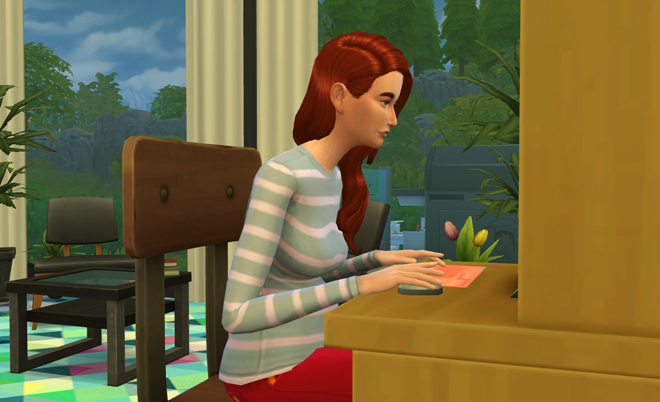 You know what? I’m glad you took a few weeks’ break from Leroy and Dr. Shea after all of that. I can understand the jealousy. I wonder, too, if there was a feeling of lack of control: It seems that they were making all the decisions for you, rather than sharing information with you so that you could make your own decisions for yourself and your kids.

That must have been hard. And even though you had a break from Leroy, you still had all the kids to care for, so I’m sure you felt like you had to keep it together.

Through all this, do you ever get time for you, where you can slow down to feel your own heart beat? Maybe you find your heart as it beats for others. 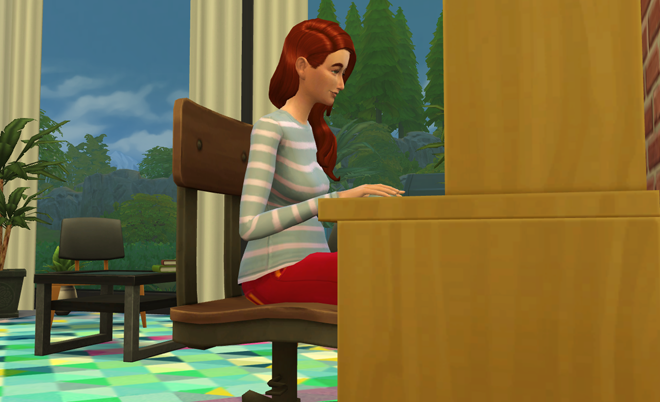 I have faith that everything will work out. Things are messy now, but things don’t stay perpetually messy, do they? Or rather, new messes come to take the place of the old ones that get cleaned out!

I’m so sorry to hear about Reid. That must challenging, especially for Ben. When someone we care about is in trouble, it can feel so devastating. I can imagine that Ben is feeling that way about Reid, and now you’re feeling that way about Ben. I wonder if it would help him to know how much it hurts you to see him feeling unhappy and worried. He’s pushing you away right now, but maybe it’s because he really needs you, and this feeling has him scared, especially when so many other people, big and little, need you, too.

It sounds like you’ve thought through your situation with Dr. Shea. You have such good intuition that if you feel she’s your best choice, then I’m sure she is!

Do you know that Jena has decided that her favorite game is “Therapist”? I guess it’s like how some kids play doctor. She knows that I’m studying to be a therapist, and when she asked what a therapist was, I told her that it’s someone who guides people to find their strength, especially when they’re feeling scared.

So when we play dolls, she has her doll be the therapist.

“Are you scared now?” Her doll asks mine. 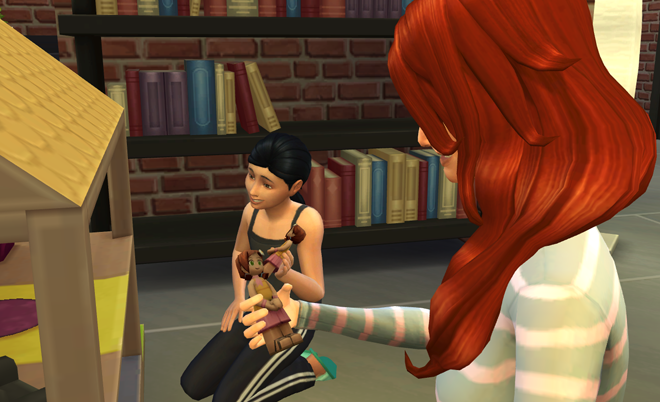 She giggles at that, and then we talk through all the things that might make a little doll scared, which, coincidentally, are all the things which make her feel scared.

Right now, her biggest fear is the Void Monster which comes out of the kitchen faucet in the middle of the night, when the water is turned off.

The Void Monster’s kryptonite are bubbles. So when she does the dishes, she feels safe all night. 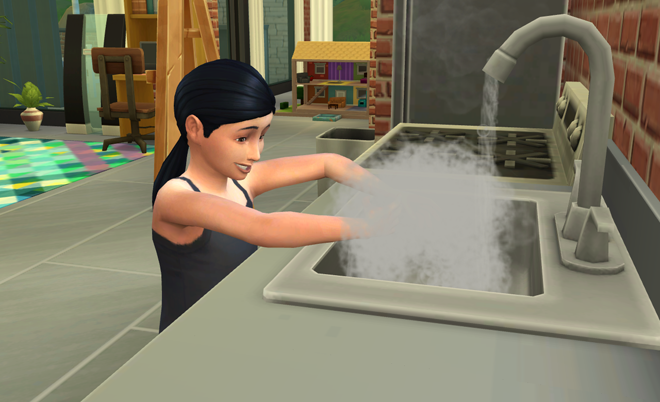 When I told Jena tonight that it was a three-day weekend, which meant an extra day at home and extra time to play, she said we should have Ira and Norman come over. 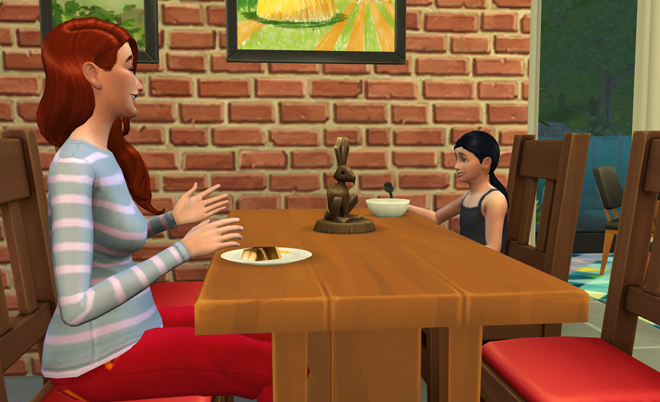 “That way,” she said, “if we run out of things to play, they can give us new ideas!”

So I guess Sunday will be a big Family Play Day. I’m hoping Jasper will come, too. He said he picked up some kites in the Spice District, and I think Jena’s almost old enough to learn how to fly a kite.

Amazing, Kaitlin! Remember when we first started writing, and both our daughters were such little things? I really owe it to you to helping me through those confusing early days! You’ve been such a great role model and such a great Mom coach!

Sending you lots of love–I know you’ve got so much strength already, so instead of sending strength, I’ll send peace.